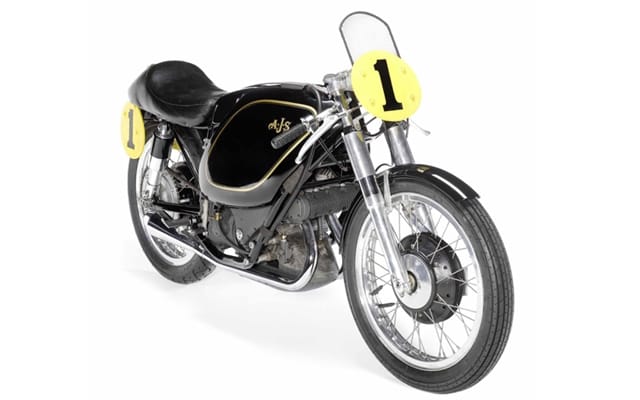 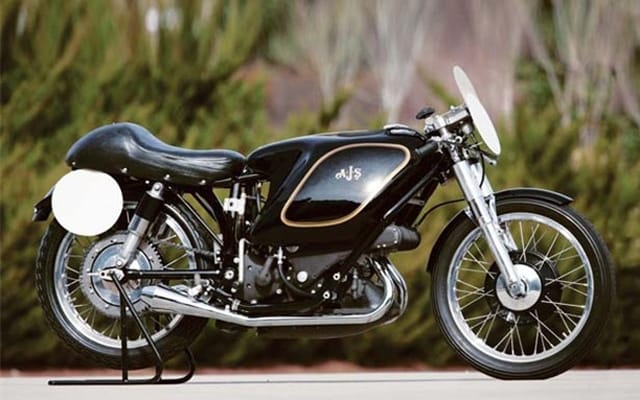 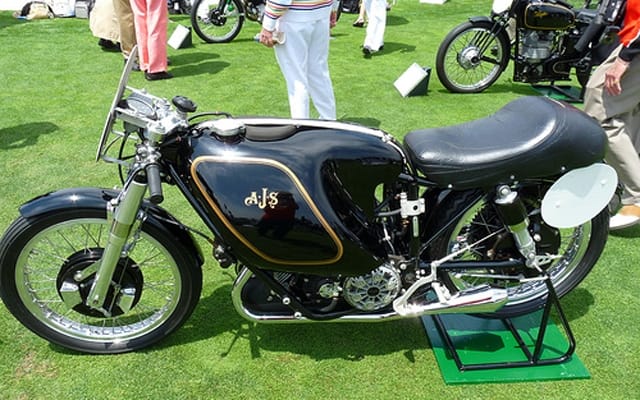 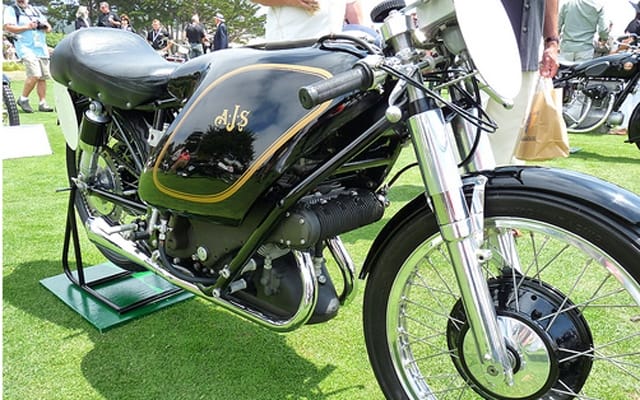 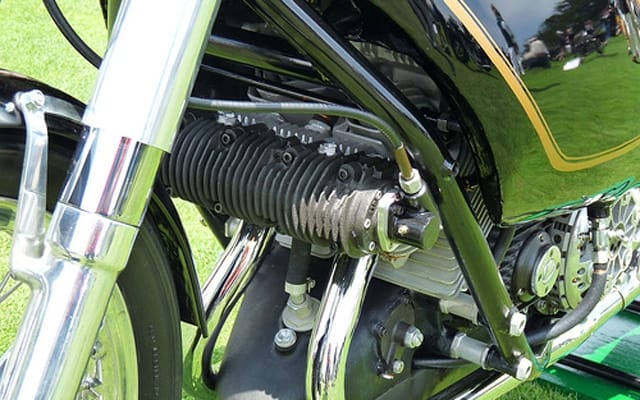 An ultra-rare 1954 AJS E95 “Porcupine” is set to  become the world’s most expensive motorcycle, according to Bonhams‘, the auction company responsible for putting one of just four E95s ever built under the hammer at Quail Lodge in Carmel, California on August 18.

The Porcupine (so nicknamed because of the spiked cooling fins on its cylinder head) was created as a factory racer by British manufacturer AJS. The motorcycle owes its legendary status to its extreme rarity and brief but astonishing racing success. Though Norton is Britain’s most successful post-WWII Grand Prix motorcycle racing marque, the country’s first success in the modern era of premiere class racing came aboard the AJS  E95. Les Graham rode the Porcupine (a uniquely designed machine that, unlike the Nortons, owed nothing to production models) to victory in the inaugural Grand Prix World Championships — AJS’ first and only world title.

The example on offer at the Bonhams sale, which until recently was on display at  England’s National Motorcycle Museum, is expected to fetch up to USD $750,000 and shatter the current world record of $520,000 for a 1915 Cyclone Board Track Racer set in 2008.

“As far as motorcycles go, the Porcupine is at the very top,” claims Bonhams CEO Malcolm Barber. “It is arguably the most beautiful, graceful and innovative racing motorcycle ever built, the perfect blend of technology and art. Comparisons are impossible but bikes of a similar caliber — rarity, significance and worth — could include a 1915 Cyclone Board Track Racer, 1955 Moto Guzzi V8 or a mid-1960s RC Honda Grand Prix. This AJS is an utterly important machine whose appearance at auction cannot be underscored enough.”