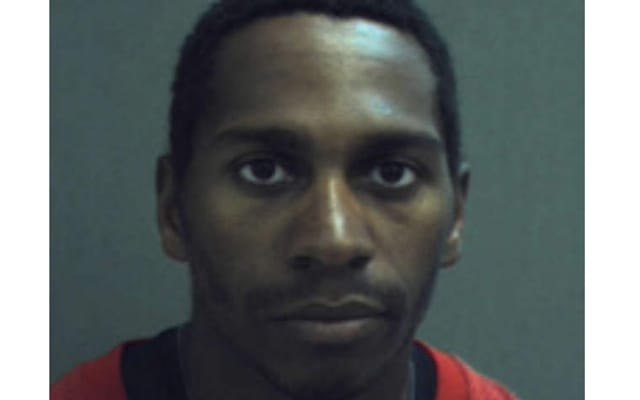 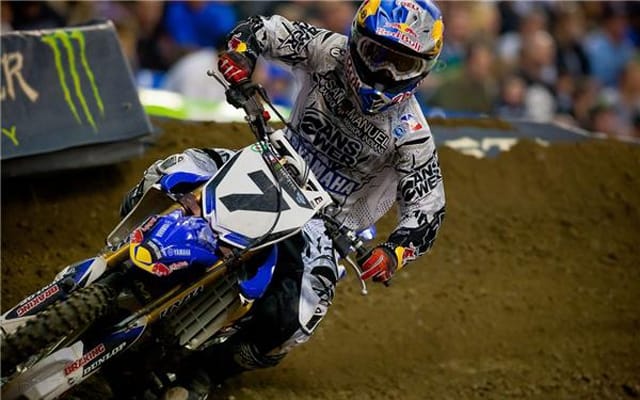 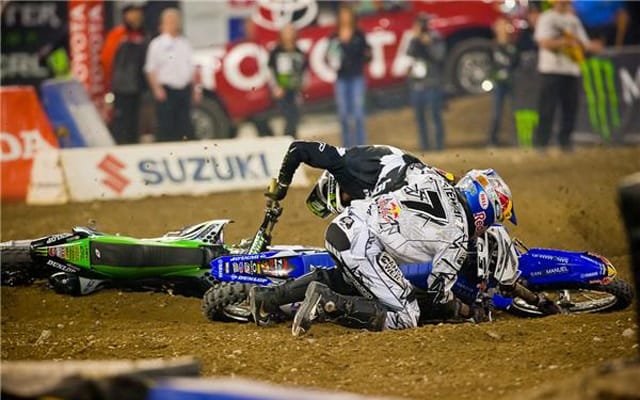 AMA Supercross star James “Bubba” Stewart has been arrested for impersonating a police officer. According to Florida Highway Patrol, Stewart was running flashing red and blue lights on the dash of his pickup truck and tried to pull over a car with two off-duty cops inside. Stewart fled once the troopers identified themselves and was later apprehended at the Orlando International Airport along with his passenger, who was also charged with evidence tampering for allegedly hiding the police car lights in his luggage.

Stewart was AMA Supercross champion in 2009. He has a reality TV show called “Bubba’s World” and is know by his fans as “the fastest man on the planet” and the “Tiger Woods of Supercross”. It seems like he’s currently more interested in living up to the negative aspect of latter title more than the former. He crashed twice and placed fourth in last weekend’s Toronto Supercross and currently sits fourth overall. How the arrest will affect Stewart’s mega endorsement and sponsorship deals is anyone’s guess.