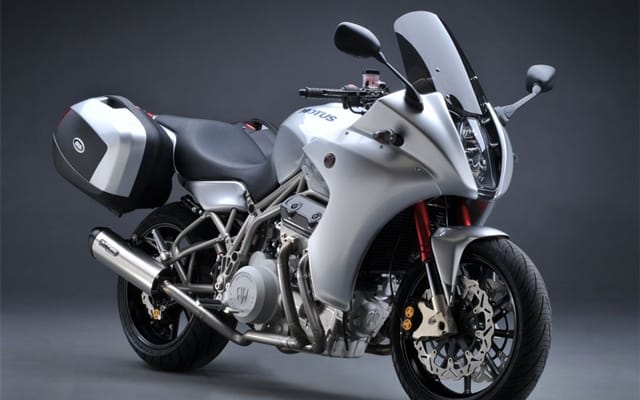 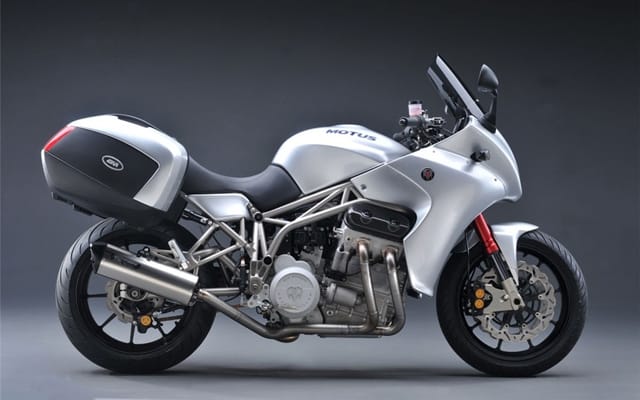 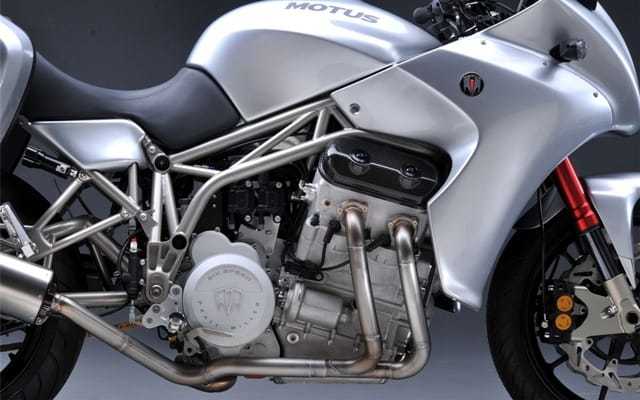 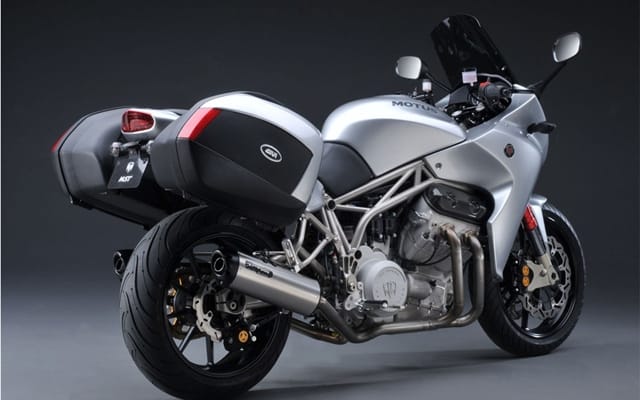 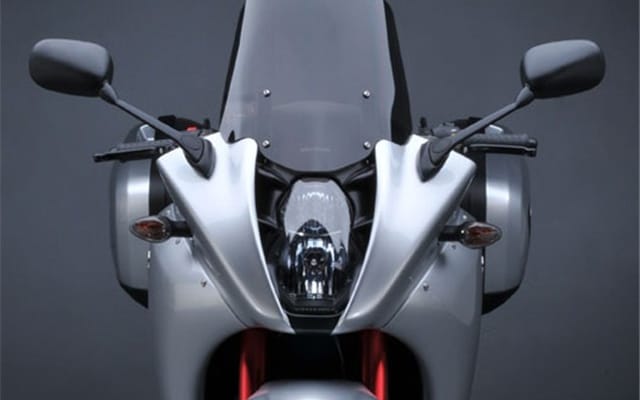 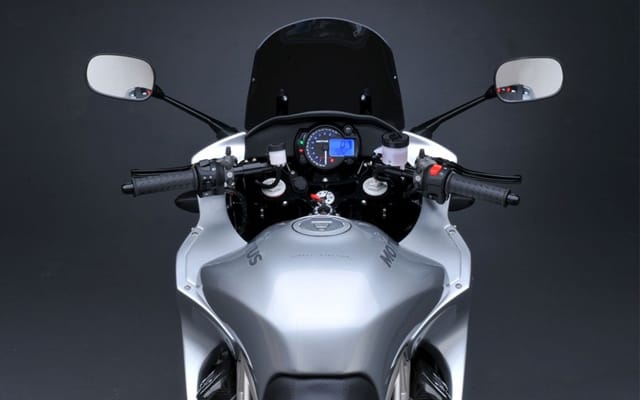 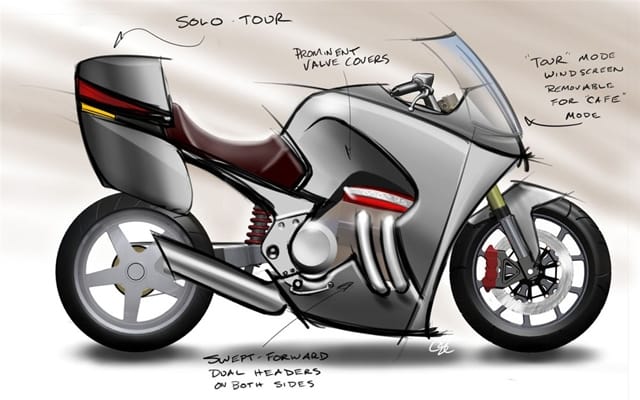 Birmingham, Alabama-based upstart manufacturer Motus Motorcycles has unveiled its first machine, the MST sport-tourer. While the final product’s styling doesn’t quite live up to the original design sketch, of note is the fact that the MST is powered by the American firm’s own KMV4 motor, a liquid cooled, 1645 cc, 90° V4 mill based on “American muscle car push-rod architecture” coupled with modern technological touches such as gasoline direct-injection (see video on the engine’s development below). The MST prototype weighs in at around 500 lbs. dry says Motus, with a claimed horsepower of 161 @ 7,800 rpm and torque rating of 122 lbs-ft  @ 4,500 rpm. The company will be shopping their new product around the U.S. over the next while looking for dealers. No mention of price as of yet.