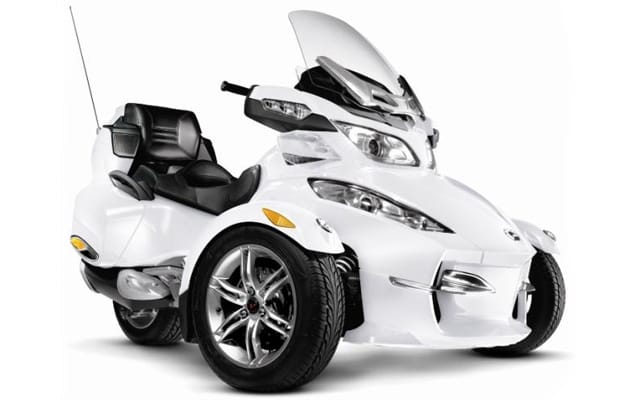 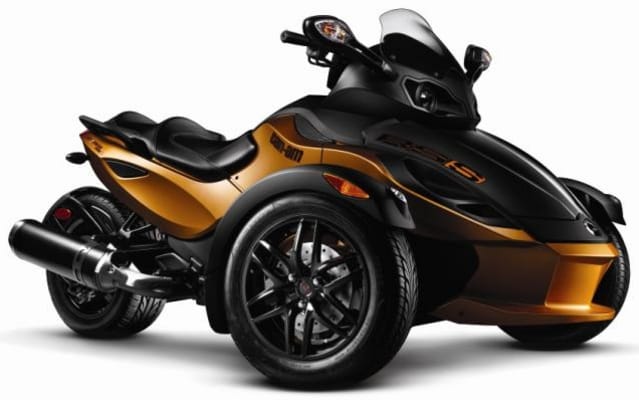 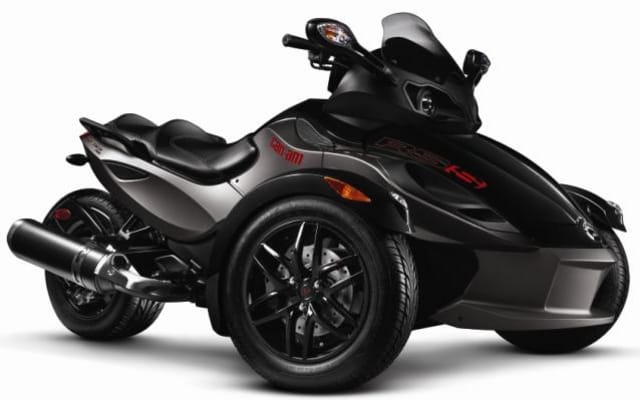 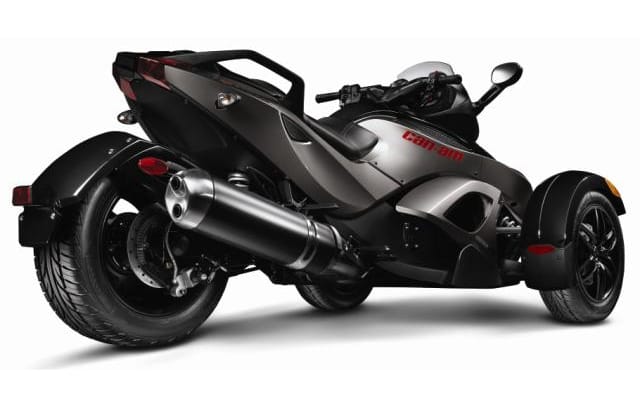 Quebec based manufacturer BRP says it has added more attitude and refinement to its 2011 Can-Am Spyder roadster lineup. What that means in real terms is new colours, a new trim package, and some chassis and suspension tweaks. New this coming year says BRP is the Spyder RT-LTD, a top-of-the-line touring model that upgrades the fully dressed RT-S, introduced last year, with a handlebar-mounted Garmin GPS, an embroidered seat, travel bags (custom moulded to fit inside the RT’s integrated luggage compartments), and a travel cover. While the LTD comes only in white, BRP has added magnesium gray as a colour choice for all other Spyder models and red as an RT-S option.

The aforementioned increased “attitude” has been injected into Can-Am’s sportier RS-S roadster package, in the form of blacked-out components and two new two-tone colour schemes, gray/black or orange/black. Front suspension on all RT models has been re-calibrated to reduce body roll and the RS’s anti-vibration system has been improved to reduce overall chassis feedback, adds BRP.

Check out Derreck Roemer’s video of BRP’s inaugural European Can-AM Spyder owners rally held this past May on the grounds of the Rotax engine plant in Gunskirchen, Austria.