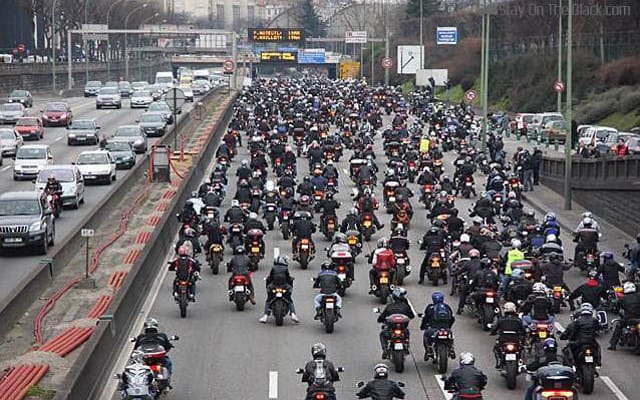 The French Federation of Angry Bikers (FFMC) recently staged a protest in which an estimated 40,000 motorcyclists took over a section of the Paris ring highway, causing massive congestion for hours (see video below). The event, a reaction to the  French Transport Ministry’s proposed crack down on lane splitting, was meant to show the consequence of each motorcyclist taking up as much room as a car, i.e. not lane splitting. When Transport Secretary Jean-Marc Belotti told the protesters that “they can take the metro (subway) like everyone else” if they can’t abide by the no lane splitting law, hundreds of leather and helmet clad riders converged on the subway system (on foot), clogging it as well.

The protests may have worked. Belotti has since met the FFMC and is said to now be re-considering the lane splitting decision.