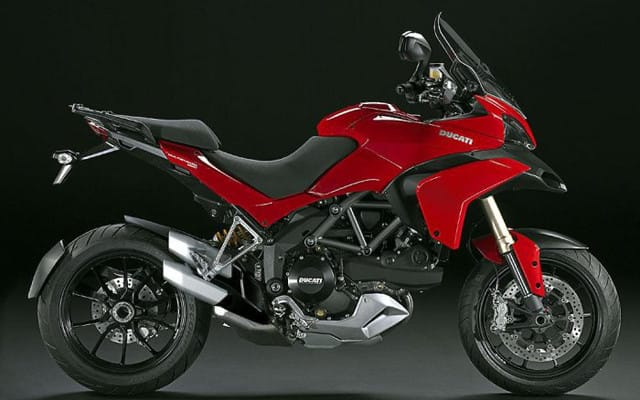 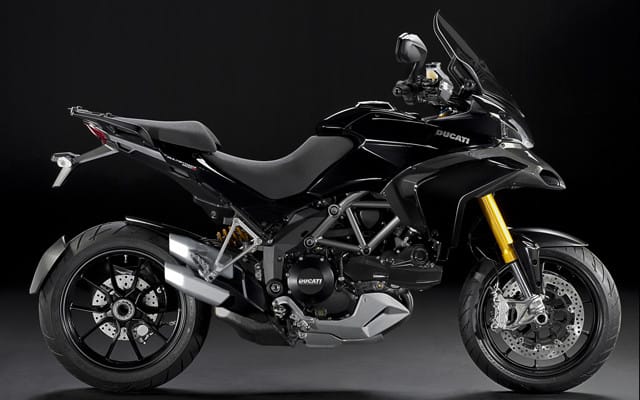 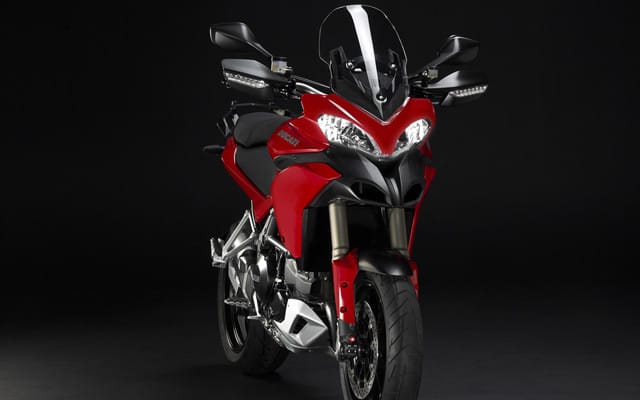 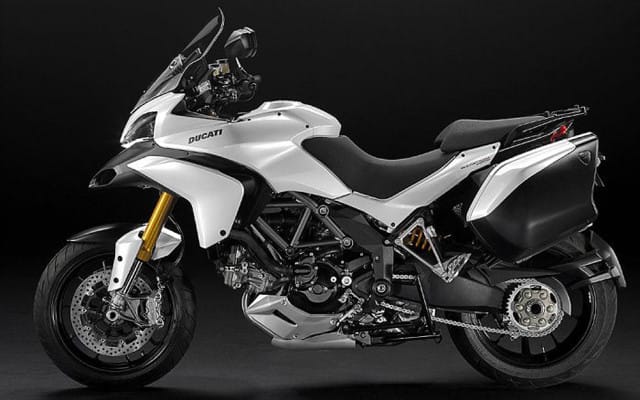 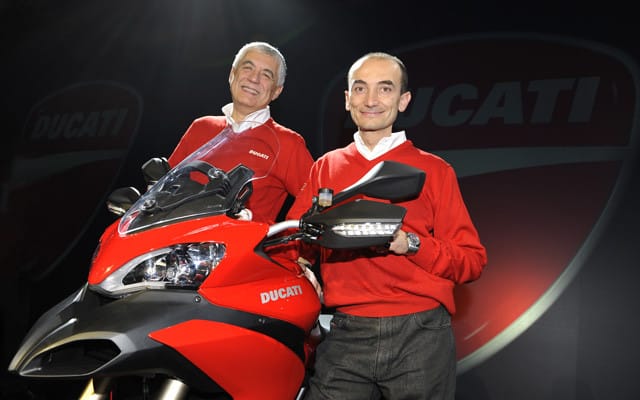 Ducati revealed their 2010 motorcycle lineup today at the EICMA in Milan. The centrepiece of their announcement being the much hyped and speculated upon, Multistrada 1200—a new from the ground up machine that Ducati says is four motorcycles in one. Their goal, they say, was to create the perfect all-rounder able to tackle any kind of journey and road surface, “a versatile bike able to achieve impressive levels of performance at all times and in all places.”

At the heart of the Multistrada 1200 sits a newly designed, liquid cooled, 1198cc twin cylinder power plant called the Testastretta 11º, claiming 150hp and 87.5lb-ft of torque. A derivation of their world championship-winning, Testastretta Evoluzione superbike engine, the new motor’s valve overlap has been reduced from 41 degrees to 11, the intent being to produce a flexible engine to suit to any occasion, with smoother combustion, improved fuel economy and lower exhaust emissions.

The Multistrada 1200 weighs in at a svelte 217kg dripping wet, and comes in three versions: a standard model and two “S” variations. The S-Sport adds Bosch-Brembo ABS, electronically adjustable Ohlins suspension and a carbon-fibre trim kit. The S-Touring version has the same upgrades, but substitutes hard luggage, heated handgrips and a center stand for the carbon-fiber decoration.

The standard version with manually adjustable Sachs monoshock lacks the electronic suspension functionality of its pricier sibling, but all settings on both models can also be changed independently, making for an almost infinite number of setup choices.

All in all, it looks like the Multistrada 1200 is ready to give the rest of adventure-tourer class some very stiff competition.