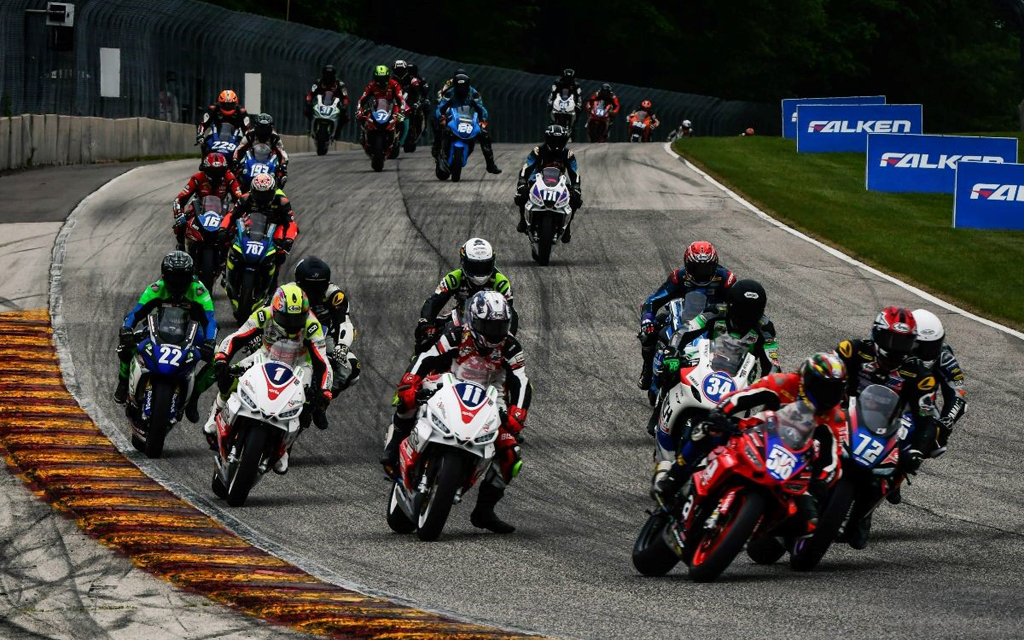 Starting in 2023, the Canadian National Superbike Championship Series, Bridgestone CSBK, will add a new category for twin cylinder motorcycles.  The new racing division, called Pro Twins, is described as a development category, with the intention of eventually offering middleweight Twins competition for Professional and Amateur level competitors in Canada.

CSBK’s stated goal for Pro Twins is to launch with the aim of developing a cost-effective mid-level racing platform. Twins will eventually serve as a steppingstone between the Lightweight classes, launched in 2018, and the well-established larger divisions, the Sport Bike (middleweight) and Superbike (open class) categories.

In 2023, The Pro Twins category will run in conjunction with Pro Sport Bike but start separately with their own “waved” start for the Pro Twins racers, based on their performance in Qualifying.  Scoring will be separate for the two classes, and Pro twins will have its own victory lap, podium, and points standings.

As with other divisions in Bridgestone CSBK, Pro Twin’s rules enforcement will centre on the Dynojet Dyno, as operated at National race events by Brooklin Cycle Racing.  The maximum permissible horsepower will be 90 as registered immediately post session or post race on the rear wheel spinning Dynojet Dyno.

Four manufacturers have agreed to participate in the inaugural season of Pro Twins, and other possible machinery will be considered for competition during the inaugural 2023 Twins season as the class is refined and developed.

The “index” bike for the category is Aprilia’s vertical twin RS 660, and the Italian brand’s offering will be heavily restricted to near stock form, give or take some basic electronic tuning.

Yamaha’s R7 is another vertical twin design, and the “R model” and it’s 689cc family relatives including the MT-07 and XSR700, have competed successfully against the Aprilia in several National Championships.  As with the Aprilia, the Yamaha will not be permitted much in the way of chassis mods, but engine allowances (head mods and cams) will be permitted.

The Kawasaki Ninja 650 is a popular existing design, with success in various racing applications, and latitude for chassis and engine improvements will be greater for this established offering.

Suzuki will initially compete with the legendary SV 650 v-twin, again with significant build options available, and Suzuki Canada aim to the have the brand new 776cc vertical twin GSX-8s on track by the end of the inaugural Pro Twins CSBK tour.

On track, machines in Pro Twins will utilize white numbers on black backgrounds, allowing these machines to be differentiated from the Pro Sport Bike categories black number on white backgrounds.

Pro Twins category competitors will be eligible to participate in the upcoming Bridgestone sponsored two-day CSBK Test at JenningsGP in North Florida, March 14 and 15.  The 2023 Bridgestone CSBK National Series opens on Victoria Day weekend at Shannonville Motorsport Park, May 19-21.