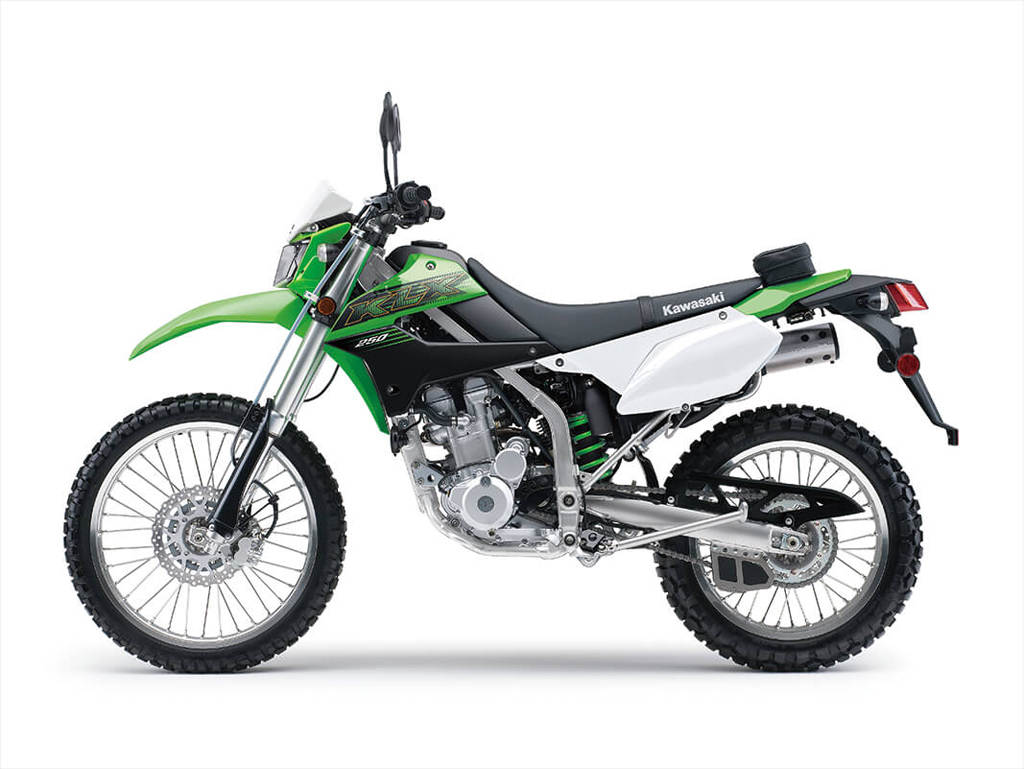 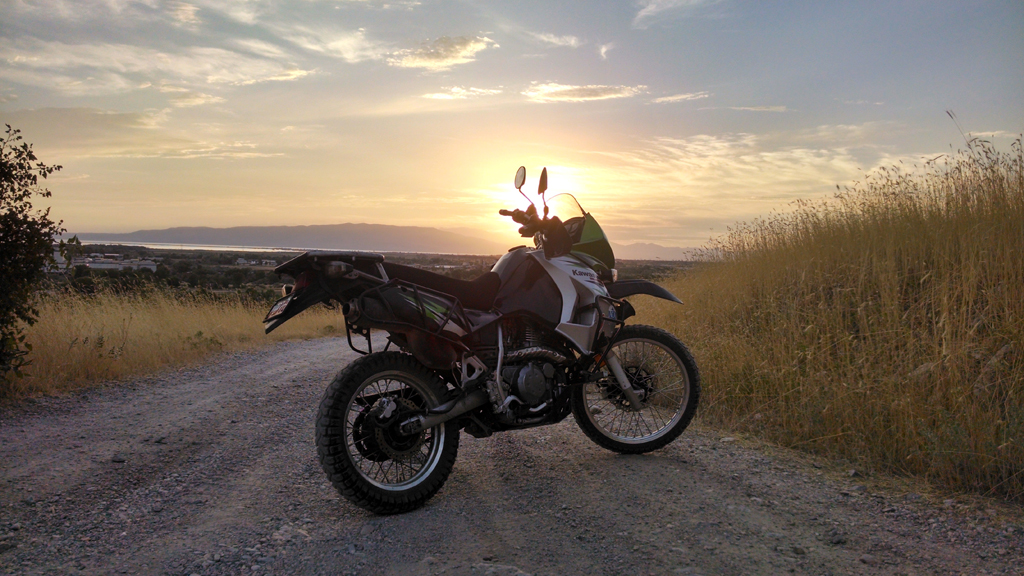 When I saw the newly redesigned 2020 Kawasaki KLR, fine memories came flooding back. So I thought it would be nice to share some of my experiences with this legendary adventure motorcycle.

It all started ages ago, in 1982, when I was 15 years old (I am now 53). I was watching a news report on the Paris-Dakar Rally and I became instantly hooked by the magic of the dunes and the motorcycles riding over them. That’s it! My dream was born: participate in the Rally!

At that time, I was not part of a group of young bikers who had been riding since they were kids. On the contrary, I had never ridden a motorcycle, even if I felt something strong inside of me each time I saw one pass by. But a dream was launched, and it had to become a reality. The dream was not riding a bike, though, it was running the Paris-Dakar Rally, which is not the same thing at all.

One day, I went to a store that sold Lawn Boy products, to buy lawnmower oil, and I saw a Paris-Dakar poster in the office of the salesman. That was the perfect representation of my dream. I could look at the poster and picture myself in the position of that guy riding his bike in the sand. I learned later that the guy in question was legendary pilot Gaston Rahier on his big Marlboro-coloured DR800. I found a poster for myself and took it with me everywhere, from my student’s room at the university to my first apartment and beyond.

In 1998, I was 30. I had looked at plenty of video cassettes of past rallies and I was done with just dreaming. Now was the time to participate in my first real rally. I had in hand many registration forms for different rallies. I chose the Rallye de l’Atlas in Morocco because it was similar to the Dakar, but shorter.

All I had to do now was buy a rally motorcycle and start riding it. I had to learn to ride a bike eventually, even if I did not have a motorcycle driver’s permit yet.

So I headed to a dealer, the Ottawa Goodtime Centre. The salesman greeted me and asked what I was looking for. I showed him my poster and said I wanted a bike like that one. He started laughing—but stopped all of sudden when he realized I was serious. He then politely explained that he did not have such a motorcycle and asked what I was looking for, really. So I reformulated my question and said that I wanted a rally motorcycle to ride in Morocco.

I’ll never forget the way he stared at me that day! I did not understand. Bikes to ride the Paris-Dakar Rally? I figured you would find these at any decent motorcycle dealership. Well, when you don’t know, you don’t know. Trying hard not to laugh, the salesman asked me what I wanted to do exactly with this rally motorcycle. Well, I said, I want to participate in the Paris-Dakar Rally, but before that, pretty soon in fact, I am going to Morocco. I clearly made his day! Just to be sure, he asked me if I had ever ridden a bike in a rally. I think he was worried about the answer I was about to give him, but it was worse than he feared. I quite simply answered no, and added that, in fact, I had never ridden a motorcycle at all. The poor guy almost fainted. And then he said something about me being somewhat crazy.

While I was waiting for the sales guy to make some sensible recommendations, I threw a look around the showroom and saw a brand new 1998 Kawasaki KLR with nice green army-style paint. It was a case of love at first sight. I asked him if that was a rally motorcycle. I thought it was pretty similar to the bike on my poster with its big gas tank, small fairing, and knobby tires. That must be a rally motorcycle! He swore it was not. But I did not believe him. After all, I thought, he doesn’t know rallies any more than I do.

At this point, the salesman began explaining that I was foolish. And reckless. Running that kind of rally calls for years of experience and arms like tree trunks (which I did not have, of course). But I was not listening; nobody was going to stop me in the pursuit of my dream! I kept staring at the great-looking KLR, picturing myself flying over the dunes.

I could see the salesman’s lips moving, but I could not understand a single word, I was too busy living that first step of my dream. After a while, I interrupted his sermon and asked: how much for the KLR? Ignoring my question, he kept explaining that this motorcycle was not made for rallies and that if I tried, I would hurt myself. I had to beg him to sell it to me. Which he did, eventually. So I now was the owner of a beautiful KLR 650! The more I looked at it, the more I thought it looked like a rally machine. Now, all I had to do was learn to ride a bike, because my plane was taking off in four months!

The first time I rode it, I did a whisky throttle, lost control, and the wall of my house finally stopped the bike. But that did not stop me. I then went riding on dirt roads. I still did not have a motorcycle driver’s licence. On these roads, I discovered the sound of my machine (with the typical chirp KLR owners know so well) and I felt I was riding real fast, even though I was barely reaching 80 km/h. I thought I was pretty good. Good enough for a rally. I could easily picture myself surfing on the dunes with my KLR.

Now, you may guess what I did next. I shipped the KLR in a crate after a minimalist break in period of 200 km. When the dealer called to make sure I had done the recommended 1,000 km break in, I said yes. But in reality, I think he was calling to check if I was at the hospital. My KLR was rally-ready with its knobby tires, skid plate and handguards; I had removed the flashers and passenger pegs. I did not know what else I could do. It seemed perfect to me.

Four months later, I was on the starting grid. French guys were surprised to see someone from Canada; I was the very first one taking part in this rally raid. But what surprised them even more was to see me on a dual-sport motorcycle. Some of them even asked where my racing machine was while I was seated on my KLR. Insulting!

It was while waiting on the starting line that I had my first doubts about this project. But too bad and too late! So off I went. After five kilometres, I almost crashed the KLR into an olive tree. I should have practised emergency braking. I guess you can imagine what the poor KLR looked like at the end of the rally. It had lost its muffler, left footpeg, rear brake, windshield and shifter, and the starter was dead. But the engine kept running like clockwork, though it was pretty loud without a muffler. As for my dune-surfing dream, it lasted 10 metres, and I then got stuck in the sand for an hour. The organizers suggested a road around the dunes; I accepted, reluctantly. But in reality I had no choice. My real dune riding apprenticeship would take place only six years later.

At the end of the rally, the procedure to start and ride my KLR was the following: with no starter, I had to bump start it; with no left footpeg, I had to ride with my stomach on the seat; with no shift lever, I had to push and pull on Vise-Grip pliers. Finally, my KLR and I were able to complete the rally—in penultimate position. I was even given a trophy for my courage. But I think my KLR played a major role in this accomplishment. Despite all the broken parts and falls by the dozens every day, it held on.

You may say what you want about the KLR, but one thing is for sure: it is rock solid and it won’t let you down easily. With this text, I wanted to express how much the KLR is part of my personal story, but also part of adventure motorcycling in Canada. I can even say it’s the main character.