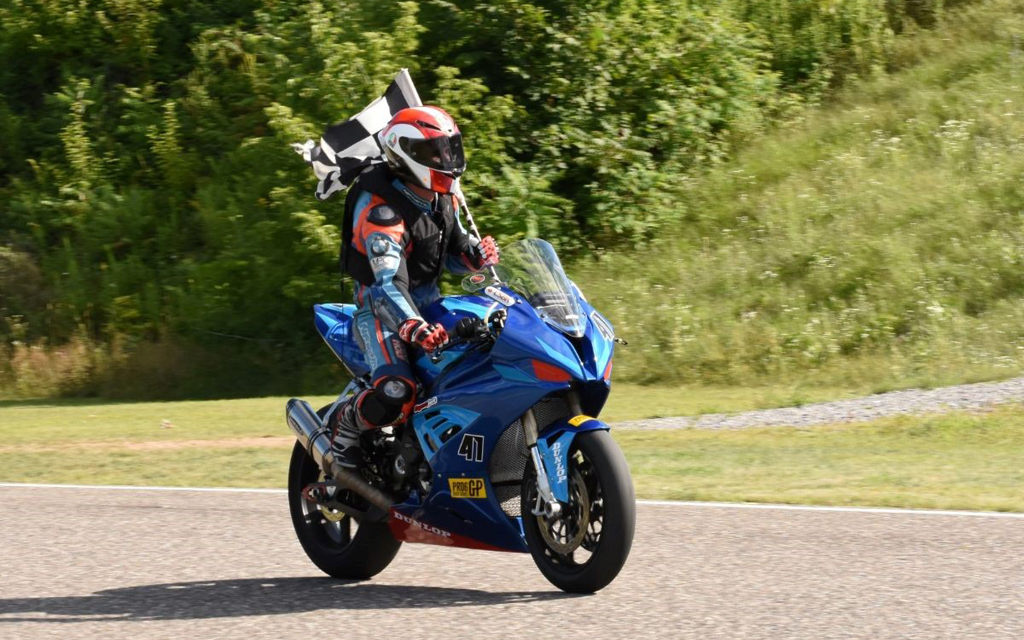 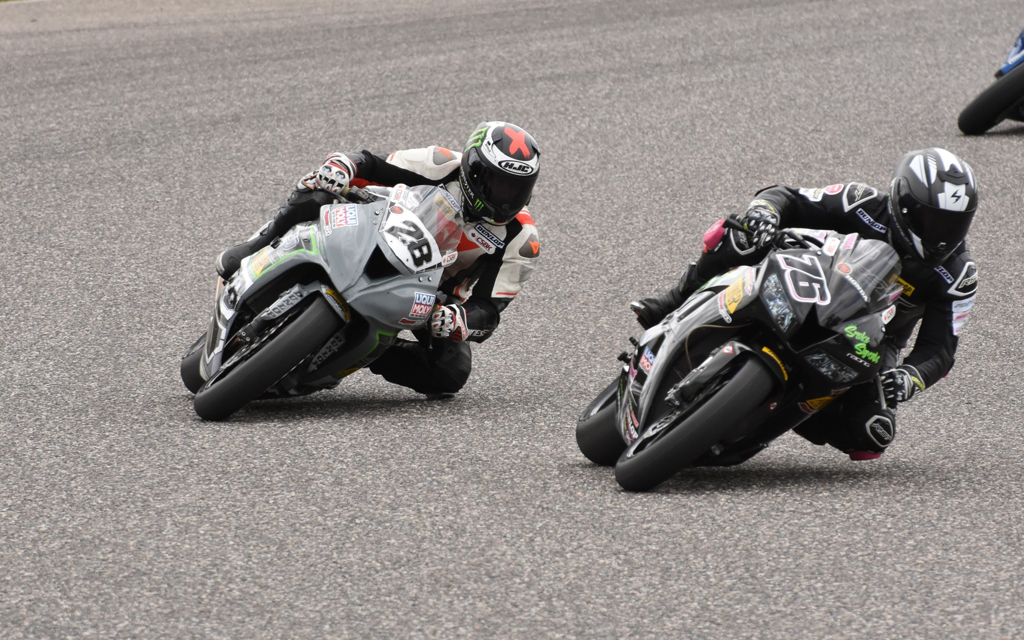 Anthony Bergeron of Racine, QC., earned his first career Pro Superbike Feature race victory at round four of the Pro 6 GP Series at Calabogie Motorsport Park, ON, the Pro Superbike powered by BMW Motorrad event.  BMW S1000RR mounted rookie Pro Bergeron seized the most significant win of his career after coming out on top of a three-rider fight for first around the rolling hills of the 5.3 kilometer long, 20 turn venue.

Yamaha YZF-R1 mounted early leader Ernest Bernhard, from Ste-Brigide-d’Iberville, QC, set the pace from the get-go, with Bergeron and the Ducati Panigale V4 of Saint-Jean-sur-Richelieu, QC, resident Christian Allard also part of the duel.  Bernhard traded the lead with Bergeron mid-race, including a daring pass by Bernhard up the inside into the Quarry Carousel.

However, that move encouraged Bergeron to push the pace, and the BMW racer eventually won the ten-lap main event by 1.778 seconds from Bernhard.  Allard, in his third career start on the Ducati, faded late in the race to net a solid third, 10.7 seconds behind the victorious Bergeron.

Eventually Bobby Desjardins of Ferme-Neuve, QC on a Suzuki GSX-R600 caught up to Raffa and the pair diced, Raffa taking second for good on the last lap.  Desjardins showed his potential in third, while Triumph triple pilot Sean Latta of Lyndhurst, ON, was fourth.

Cederic LeClair of St. Jerome, QC. took his Kawasaki ZX-10R to victory in Motul Amateur Superbike, after a great dice for first against the BMW of Longueil, QC, based rising star Marc Labossiere.  Close together throughout the eight laps, LeClair held off the best efforts of Labossiere to win by just .287 of a second at the line.  Alexandre Michel of Montreal, QC, fresh from a breakthrough Podium at the National the previous weekend on the east coast, placed ten seconds back for third on another Kawasaki.

DP Brakes Amateur Sport Bike was a two-horse race, with Desjardins jumping into first from the start, as Kawasaki ZX-6R Ninja mounted Alexandre Michel stayed close in the draft.  18-year-old Pro 6 School product Michel repeatedly weighed up a move for first in turn one and made it stick mid-race, then held of Desjardins for the win by .7 of a second.

Yamaha’s Frederic Barnabe, from Levis, QC was a close third in Amateur middleweight, as Gloucester, ON. based Nolan Eadie, on another YZF-R6, netted fourth.  Eadie was back in action after two falls during the previous weekend’s CSBK National event at Atlantic Motorsport Park, Nova Scotia.

In Liqui Moly Pro-AM action, Evan Moriarity from Milton, ON, held off a challenge from Sean Kitchen of Gatineau, QC, by .6 of a second to win the Amateur division, both piloting Yamaha YZF-R3 twins.

First place in the pro division went to Istvan Hidvegi of Mississauga, ON.  Alan Burns of South Mountain, ON, was second in Pro, all four top Pro-AM racers Yamaha mounted.

The Pro 6 GP Tour wind will complete it’s 2022 campaign with the final event on Saturday, September 3 at the same facility.