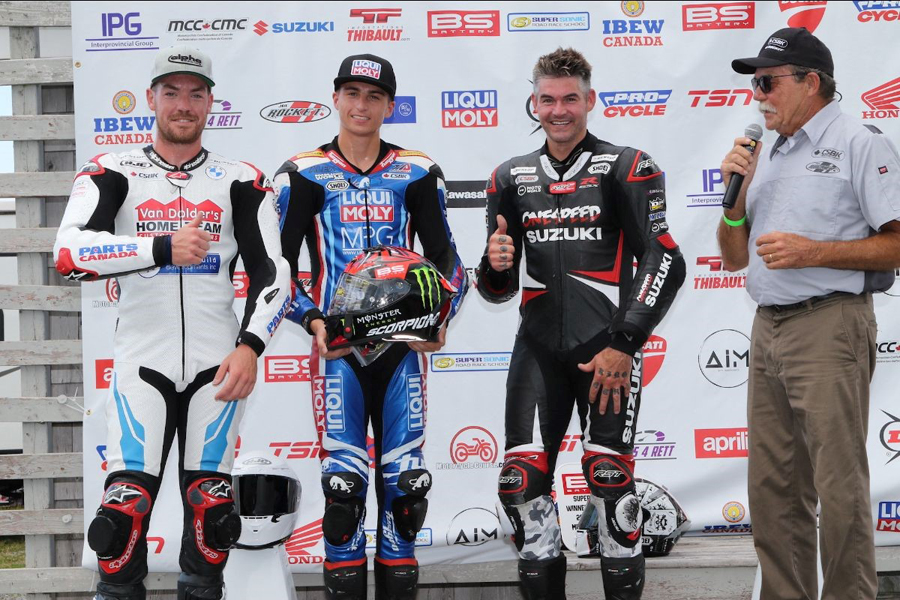 Importations Thibault is pleased to announce they will raffle a signed replica Fabio Quartararo Scorpion helmet ahead of the CSBK finale at Canadian Tire Motorsport Park, with proceeds going towards the Canadian Rider Fund.

Tickets are now on sale for $10 each through the official CSBK website, while the random draw will take place during the CSBK doubleheader finale at CTMP on the weekend of August 12-14.

The 23-year-old French rider has quickly become one of the most recognizable names in motorsports, amassing eleven wins, 26 podiums, and 16 pole positions in his premier class career, while capturing the 2021 crown and currently leading the 2022 standings for the Monster Energy Factory Yamaha Team.

Quartararo has been a proud representative of BS Battery since 2019, while the Sherbrooke, QC-based Importations Thibault serves as the national distributor of both BS Battery products and Scorpion helmets.

Importations Thibault and BS Battery have also become key figures in the CSBK paddock, with the latter serving as the title sponsor of the Pro Superbike qualifying sessions and the season-long Pole Position Award.

The Canadian Rider fund, established in 2008, is a registered non-profit dedicated to providing barriers and installations at motorcycle events across the country, specifically the successful Bottle Bag system seen at many Canadian tracks – most notably on the east coast at Atlantic Motorsport Park.

The announcement of the winner will be one of many events throughout the weekend at CTMP, with three feature Pro Superbike races to decide the 2022 championship.