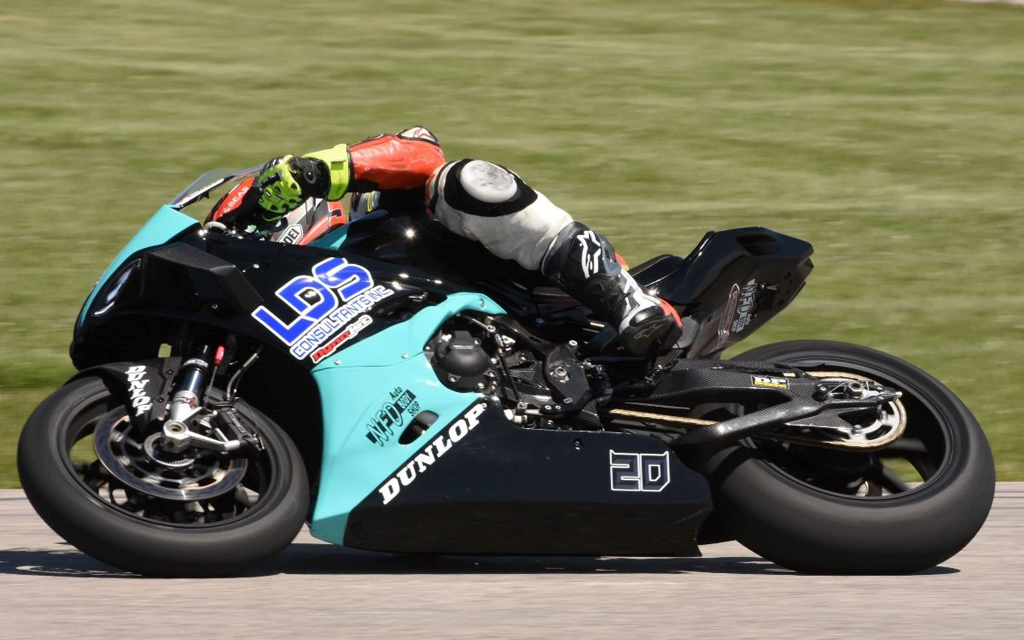 Local youngster Trevor Dion emerged out of nowhere to set the early pace at the Canadian Superbike Championship test day on Thursday, posting a blistering 1:03.678 lap time ahead of the opening round at Grand Bend Motorplex this weekend.

Dion entered the weekend with no prior experience in the feature Pro Superbike category, but the rookie wasted little time making his presence felt as he stormed to the fastest time of the day in the final test session aboard his LDS Consulting BMW.

The former Lightweight star will have the pace to stay at the front throughout the weekend, as his time ultimately wound up just 0.633 seconds off the outright lap record set in 2019 by eventual champion Ben Young.

Young would settle for the second-fastest time of the day as he quickly got up to speed aboard his Van Dolder’s Home Team BMW Motorrad machine, finishing roughly six-tenths of a second off the pace at the front as Dion remained well clear of the field.

The betting favourite entering Grand Bend, Young will have to find extra time on Friday if he hopes to secure his ninth career pole position, but will still have every opportunity to do so after smashing the lap record in his last appearance at the venue.

The gap was incredibly marginal after that, as defending Canada Cup champion Alex Dumas posted a best lap of 1:04.458 – just three-tenths off Young – in his first official CSBK appearance at Grand Bend. The Liqui Moly/Fast School Suzuki rider will have far less experience around the 2.2 km circuit than his peers, but his early pace will give Dumas plenty of confidence entering Friday practice and qualifying.

Trailing the reigning champion will be fellow Suzuki rider Trevor Daley, who enters the season opener with plenty of confidence aboard his OneSpeed machine and backed it up on the timesheets, finishing the day roughly 0.040 seconds behind Dumas and only a quarter-second off Young in second.

Completing the top five on the day was another local star in the form of Steven Nickerson, who returns to the site of his best career national finish of fourth in 2019. The Dewildt Powersports Honda rider managed a best time of 1:05.177 in the final session, a slight drop down from the top-four but one that should still keep him in contention for a front-row grid spot in qualifying.

Just a short gap back in sixth was Samuel Guerin, who went only 0.191 seconds slower than Nickerson aboard his EFC Group BMW. Guerin will be making his first appearance at Grand Bend as a Pro but is already anticipating a return to the front, after a disastrous 2021 campaign for the previous year’s runner-up.

The 25-entry feature Pro Superbike grid will have just one more opportunity to fine-tune their efforts before qualifying on Friday afternoon, with a pair of races awaiting on Saturday and Sunday to kick off the 2022 CSBK season.

The full schedule of weekend events can be found on the series’ official website here.