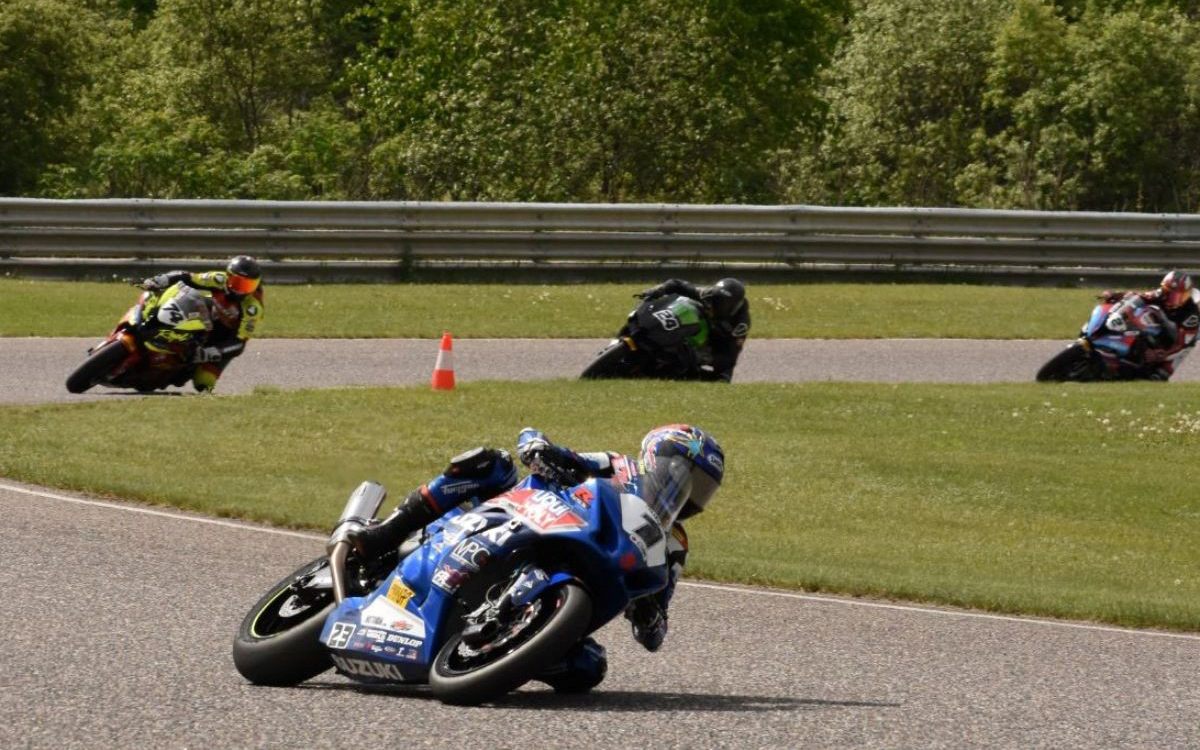 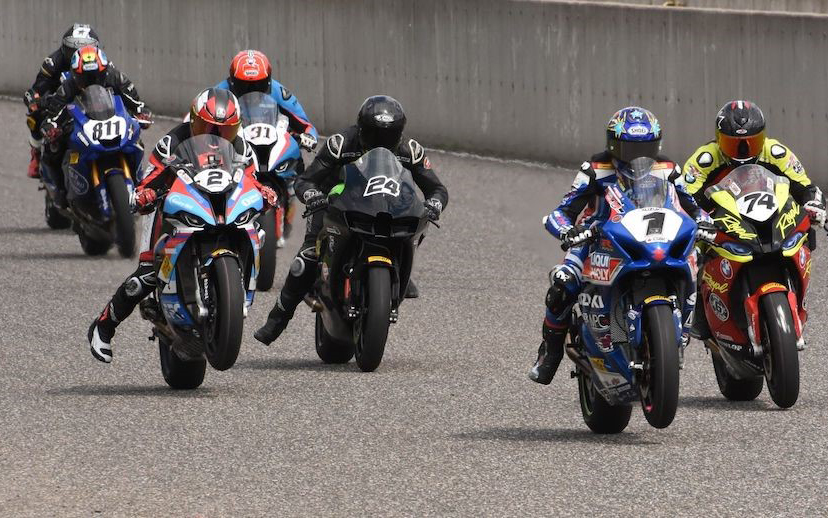 Reigning Canadian national Superbike champion Alex Dumas of Saint-Augustin-de-Desmaures, QC, began 2022 just as he completed 2021, winning the opening Pro 6 GP Regional opener at Calabogie Motorsports Park.  In the Pro Superbike powered by BMW Motorrad race, Dumas jumped out to an early lead and then held a solid margin throughout. The 19-year-old number-one plate holder won by over 12 seconds after six laps around the 5.05km, 18-turn venue southwest of Canada’s capital in Ottawa, ON.

In September of 2021, Dumas won both of the feature Pro Superbike races in the final national of the season at the same venue, clinching the crown in his first year on the tour.  Calabogie is certainly a happy hunting ground for Dumas, who has never been defeated in a Pro Superbike race at the popular circuit.

Dumas had two Liqui Moly/FAST Riding School Suzuki GSX-R1000s at his disposal, including the machine he used for his title run last year and a brand-new model.  The Patrice Goyette led team opted to focus on the latest “Gixxer,” making the most of near-ideal track conditions.

“I was only on the new bike, it’s not a lot different but its better,” confirmed Dumas.  “It is built a little different, it has a better engine, and just a few new things with the chassis.  So, it’s similar to last year, just a little better.”

“In the race, I remembered that the track can get a little greasy when the sun is out, and I was focused on getting the most out of our rear (spec Dunlop) tire,” he continued. “Traction can be a little hard to find, so it was good to get some real racing on the new bike in preparation for the opening national in two weeks at Grand Bend.”

Second-place went to Samuel Guerin of Quebec City, QC, a neighbour of Dumas who had two new EMC Group BMW M1000RRs to sort. Guerin was the breakout star of 2021 as a rookie Pro, though last season was mostly disappointing for the 2020 runner-up.

Guerin put in a solid effort on the race, moving to second and turning the second-best laps of the race.

“For a start, it was very good – I really felt at one with the bike in our first race, it is a great start for sure.  I really have to thank my tuner, Jerome Denis, we’ve been so busy with the two new bikes,” he said.

Dumas was solidly fastest in qualifying, turning a best lap at 2:02.257 as Sebastian Tremblay of Oka, QC, worked up to second best with a time of 2:04.6.  Tremblay – the long-time Pro Sport Bike middleweight frontrunner and reigning champion – was breaking in his brand-new Turcotte Performance Kawasaki Ninja ZX-10R in preparation for his full-time return to the top tier national division.

Completing the front row of the grid was reigning Pro 6 GP Regional SBK champ Michael Leon of Beaconsfield, QC, on the Royal Distributing BMW, with a best lap at 2:04.7.

The second row of the grid included fourth-quickest Guerin, and Ivan Babic of Maple, ON, also on the just-homologated latest version of BMW’s frequently dominant S1000RR.

In the race, Dumas and Leon were inches apart from the activation of the IBEW Start lights, but Dumas was quickly on his way, leaving Leon to fight with Tremblay, Guerin, and Babic.  Further back, Yamaha YZF-R1 mounted Ernest Bernhard of Ste-Brigide-d-Iberville, QC, held off a busy pack including the ambitious Jake LeClair, from Blackstock, ON aboard his middleweight Yamaha YZF-R6.

As Dumas pulled away, Guerin worked up to second, while Tremblay and Leon, frequent sparring partners over the years, fought for the final podium spot.  At the line, Tremblay was just .19 seconds clear for third overall.

Leon netted fourth, clear of a lonely Babic.  Meanwhile Bernhard held off LeClair for sixth, and rookie Anthony Bergeron of Racine, QC, worked up to eighth on his BMW.

Earlier in the program, the Kawasaki Pro Sport Bike final featured a good battle for first, with Philippe Masse of Saint-Hyacinthe, QC, making several well-judged moves to take the win by just over a second on his Ninja ZX-6R.  Just behind, LeClair had a great dice with Speed Factory Kawasaki’s Vincent Levillain of Montreal, QC, with the Ontario rising star edging the Quebec speedster by a half-second.

Motul Amateur Superbike featured a good fight at the front between pole-sitter Julien Lafortune of Nicolet, QC, and Mark Labossiere of Longueil, QC., both BMW mounted.  Lafortune eventually edged Labossiere for the win by roughly one second, with Yamaha YZF-R1 equipped Kevin Bartlett of Kemptville, ON, netting a solid third.

The DP Brakes Amateur Sport Bike race featured a strong, 21 rider field, with Alexandre Michel of Montreal earning pole on his Kawasaki only to run off track during the race.  This set up a fight between Yannick Rouleau, from Sherbrooke, QC, and Guillaume Lavallee of Saint-Anne-de-Sorel, QC, both Kawasaki Ninja mounted.

Lavallee pulled clear to edge Rouleau by over six seconds for the victory, as Yamaha YZF-R6 pilot Martin Richard of Victoriaville, QC, netted third, right with runner-up Rouleau.  Also in the mix was the Triumph Daytona triple of fourth finisher Matthieu Petit from Mont-Saint-Hilaire, QC.

In the Liqui Moly PRO/AM Lightweight division, immaculate Yamaha YZF-R3 mounted Istvan Hidvegi from Mississauga, ON, set the pace throughout, quickest in practice and qualifying, then leading the race from start to finish.  Hidvegi’s margin of victory was 15 seconds from Alan Burns of South Mountain, ON, the veteran Yamaha rider competing with injured ribs.  Etobicoke, ON. Kawasaki racer Jacob Black completed the podium in third.