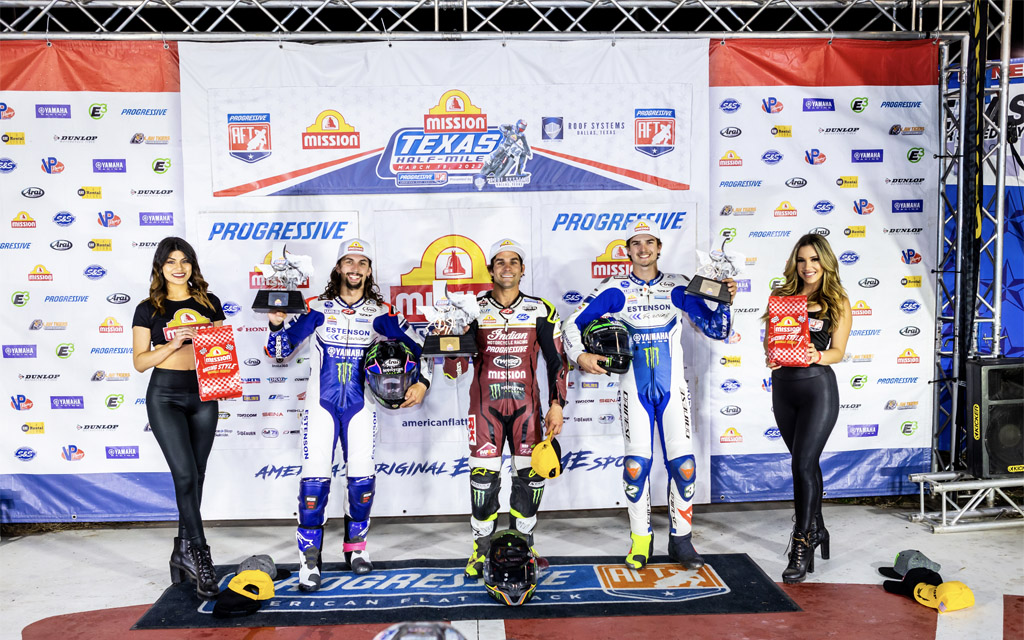 Following a fifth-place finish at the Volusia Half-Mile season opener, Mees, the defending champion, was seeking redemption at the Texas Half-Mile. After winning his semi and the #2Fast2Tasty Challenge, Mees demonstrated his racing prowess during the Main event. While JD Beach jumped out to an early lead in the Main, it was Mees who took control after just two laps. He quickly pulled away from the rest of the field, riding unchallenged the remainder of the 32-lap racing, to ultimately capture his first win of the 2022 season.

“This was a classic Jared Mees, bounce-back performance. After missing the podium last round, Mees answered with an impressive round that reminded everyone why he’s the No. 1 rider,” said Gary Gray, Vice President Racing, Service & Technology for Indian Motorcycle. “Though it’s early in the season, this was an important win for Jared as he looks to stay out front and at the top of the leaderboard throughout the entire season.”

In 2021, Mees demonstrated one of his finest performances of his career. After a mid-season knee surgery cost him critical points, Mees went on a historic run to earn his seventh career championship – securing nine consecutive podiums and winning five of the last seven races of the season. The strong finish edged him over fellow Wrecking Crew rider Briar Bauman and got Mees one championship closer to his career goal to meet Scottie Parker’s record of nine championships.

The 2022 American Flat Track season continues April 23 for the I-70 Half-Mile at I-70 Motorsports Park in Odessa, MO.