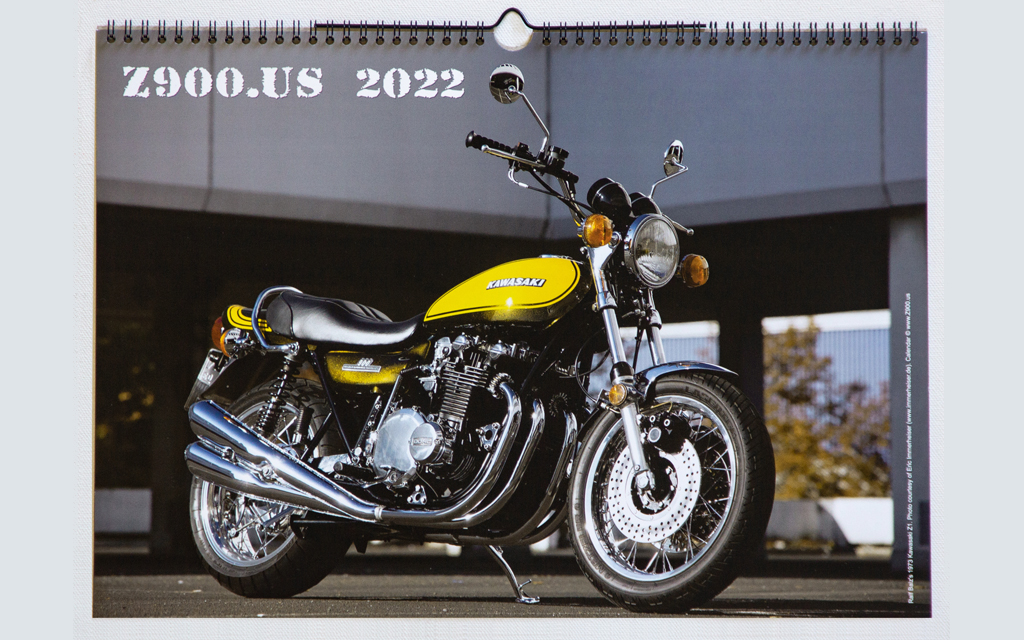 50 Years of the Kawasaki Z1: The Calendar for the Anniversary

The Kawasaki Z1 is one of the most popular motorcycle classics in the world. At the time, the muscle bike, which was presented in 1972, was the starting point for many other legends on the two wheels sporting the famous ‘Z’ in the model designation. It celebrates its 50th anniversary next year.

Z900.us, the world’s leading accessories shop for owners and fans of these fascinating big bikes, shows the most beautiful Kawasaki motorcycles from around the world in the hot-off-the-press “Z900.us 2022” calendar.

All 13 pages feature thrilling photos. The calendar includes lovingly restored examples of the Z1 and custom restomod bikes. Graeme Crosby, world championship runner-up in the 500cc class in 1982, is behind a newly rebuilt Kawasaki KZ 1000 that was enhanced with modern suspension elements. It is pictured side-by-side with a Z1, which was likewise lovingly restored by Croz, as the Grand Prix legend has been called since time immemorial. The series of outstanding bikes also includes the latest Z900RS retro model, which became a global bestseller due to its visual kinship with the legendary Z1.