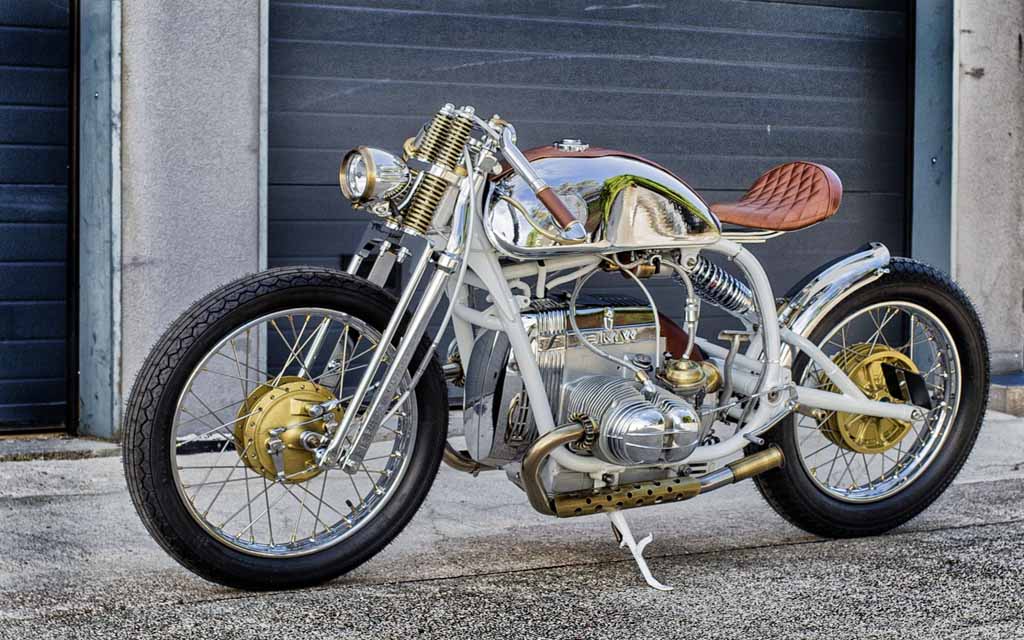 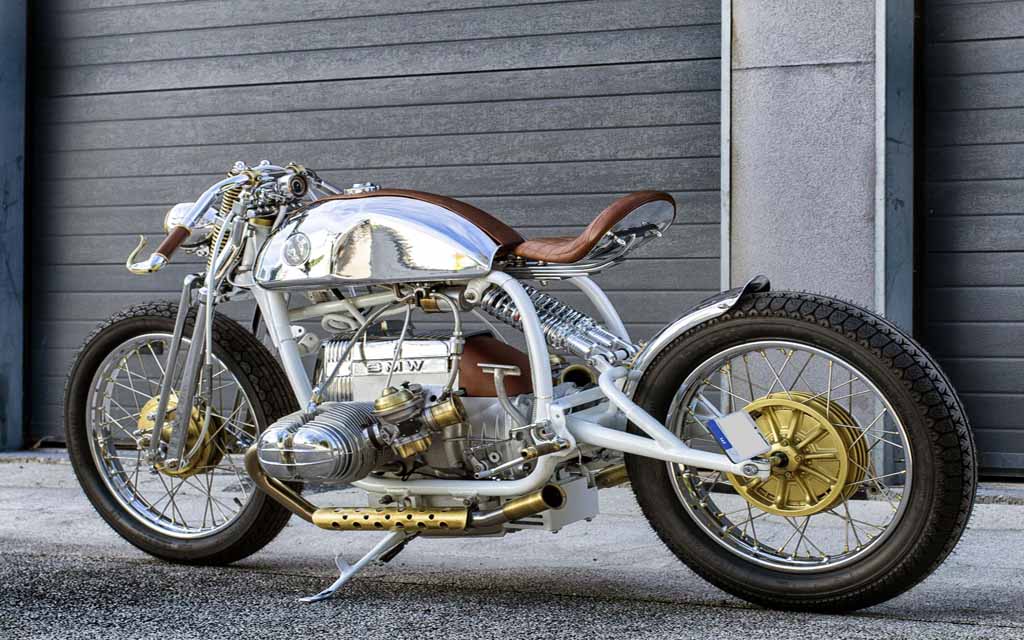 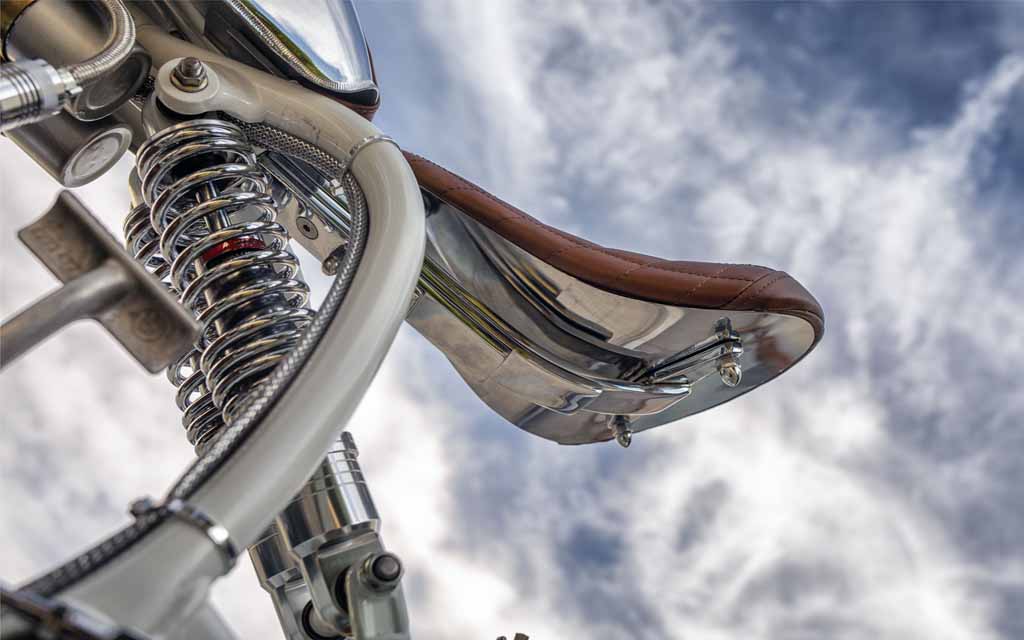 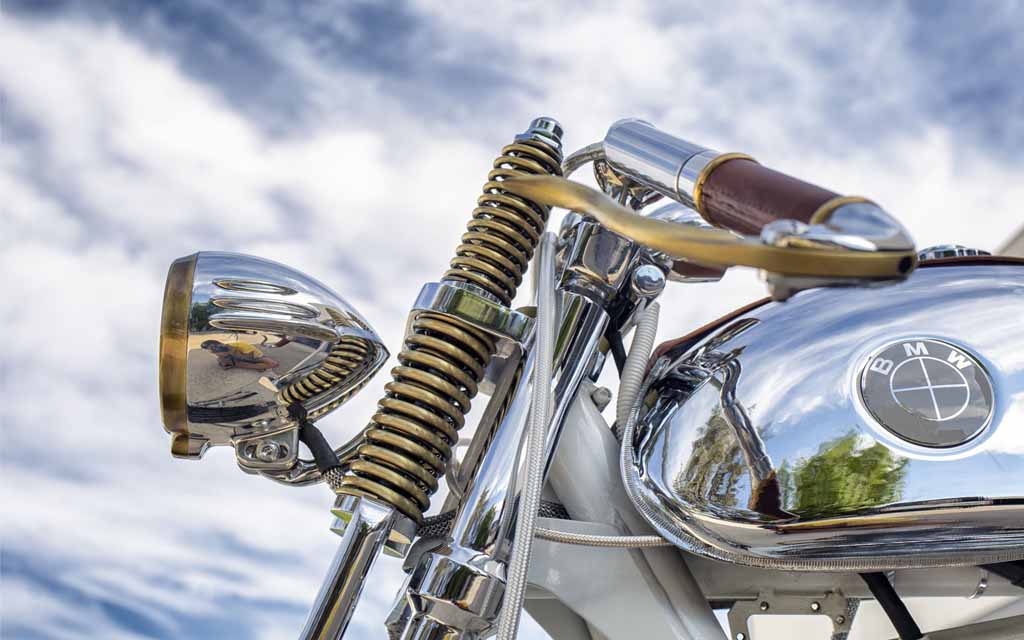 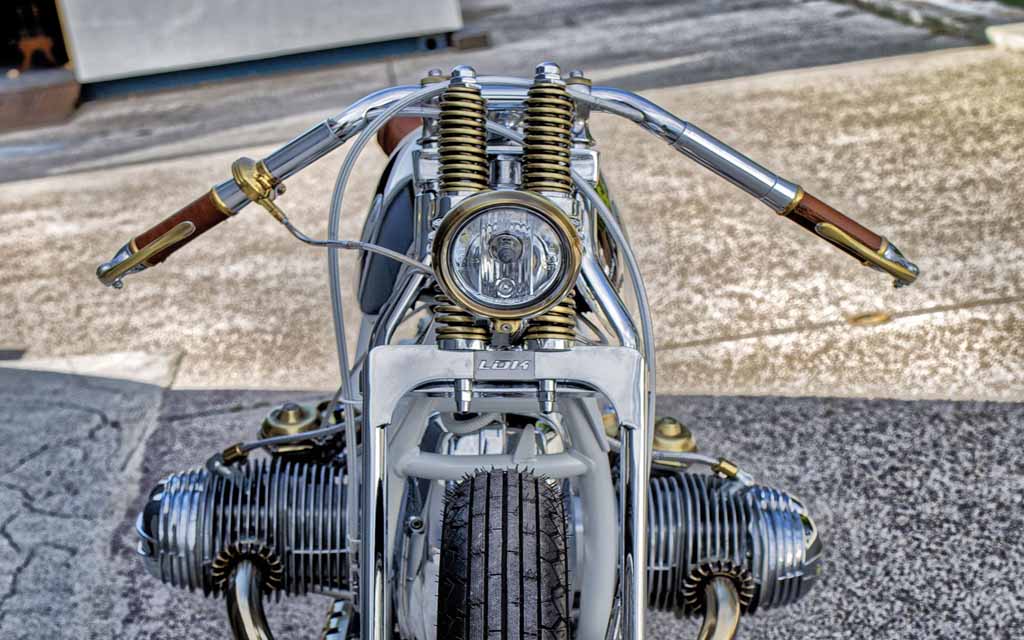 This BMW R100 springer cafe racer “SURVIVOR” that we present today is the first unit of a limited edition of 10 units that Lord Drake Kustoms has begun to manufacture in his cafe racer workshop and that has left the fans of the BMW cafe motorcycles racer without words.

The idea was to create a piece of art on two wheels and above all a custom BMW R that had not been seen to date. It is well known to all lovers of the world of custom motorcycles, that the BMW R100 series are possibly the most demanded and customized cafe racer motorcycles in recent years, but if you look at the end, they all have the same patterns… and almost none of these BMW R have a Springer front end!

After several months investigating Fran Manen (owner of Lord Drake Kustoms) started from the front end and the most radical way in a BMW R was to install a Springer fork (something that has practically not been seen to date in any BMW R cafe racer or scrambler) accompanied by a drum brake rim for a more classic touch.

The other great challenge and perhaps the most difficult thing in this cafe racer motorcycle with a very retro air, has been to create another rear suspenssion system and for this, the swingarm was modified, the subframe was eliminated and the chassis was modified so that they could be installed two shock absorbers under the seat.

The following is a clean handlebar without buttons with inverted levers, a Motogadget Speedometer and a very original and totally unique button panel. Another challenge has been to modify the cafe racer fuel tank to adapt it to the chassis and then create an electrical installation that is as hidden as possible.

The bobber-type leaf spring seat support, the button panel located in front of the gas tank, the license plate holder, the battery box or the rear fender and their brackets have been handmade entirely. Brown leather, white powder paint and chrome plating combined with antiqued brass plating parts have colored this impressive BMW with springer fork.

This BMW R cafe racer was originally a project that Francisco Alí Manén (owner of Lord Drake Kustoms in Miami and Spain) planned to build in his cafe racer workshop in Miami (USA).

Unfortunately, in 2020 the COVID 19 arrived and Francisco was in Spain at that time, so due to the impossibility of traveling to the United States for a while, he decided to develop the project in his motorcycle transformation workshop in Málaga (Spain); since he (like everyone else) he didn´t know how long this situation was going to last and how long it would take to be able to travel again to Miami, his other city of residence and where his LDK brand is headquartered.

This bike is the first unit built from a limited edition of 10 units that Lord Drake Kustoms has put on sale and has been sold to a customer in Brazil. Units 2 and 3 are already sold and under construction (for clients in Madrid and Dubai)…

But units 4 to 10 are still available to be ordered and shipped worldwide.  For more information you can contact through its website: www.lorddrakekustoms.com.