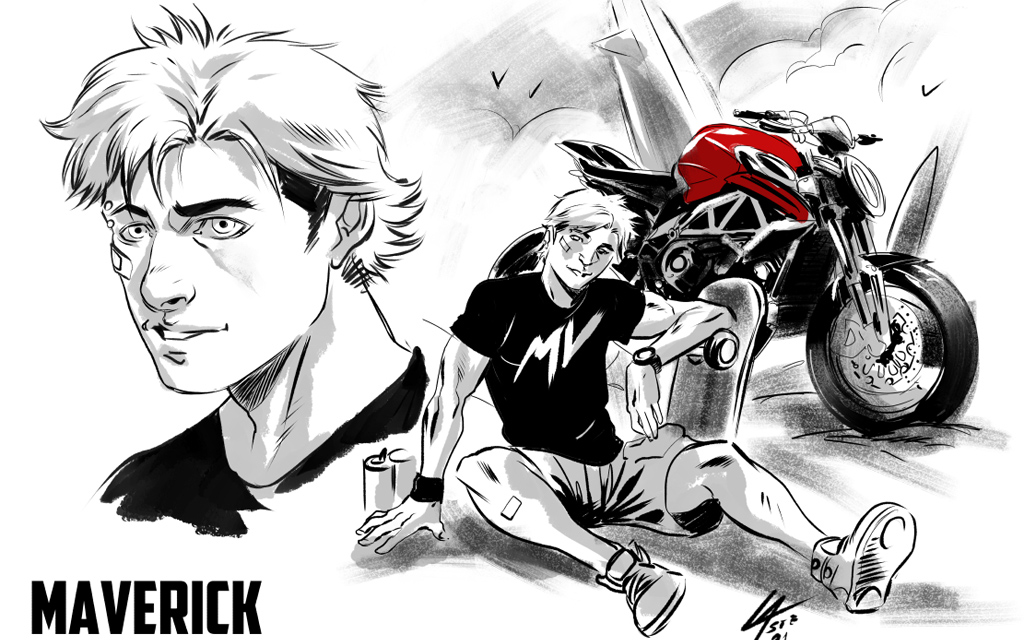 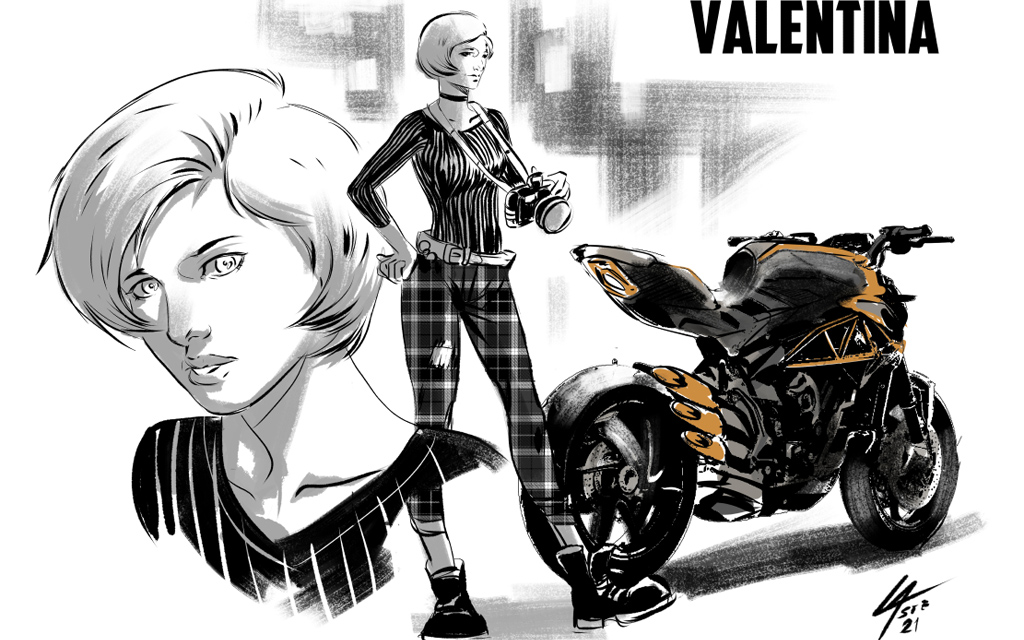 The first episode of the series, authored by Italian comic writer Tommaso De Stefanis, has just been released.

For the first time in its history MV Agusta has been turned into a comic featuring its latest range of iconic motorcycles, each matched to a character personifying its archetypal owner. Cesare, the leading character in the first episode, “Soul of the Mountain”, that recently launched on the official MV Agusta website, is a rescue helicopter pilot who, in his free time, loves to roam the scenic mountain roads around the air base on his Turismo Veloce. Other bikes featuring in the next episodes of the series include the Brutale, the 4-cylinder Brutale, the Rush, the Dragster, the F3 and the Rosso version of the Turismo Veloce. The other characters – two women among them – are equally intriguing and attractive, and reflect the characteristics and the personality of the bikes they ride. The project was developed with the support of Scuola Internazionale di Comics di Reggio Emilia, Academy of Visual Arts and New Media, one of Italy’s most prominent comic schools.

The concept is based on a series of short stories that tell the MV Agusta tale in a fresh, engaging way, inspired partly by the noir tradition and partly by motorsports comic heroes from the 1970s. The personality of the bikes featured in the different episodes, and matching riders, comes out very strongly as the chosen media allows for the most daring plots and spectacular sets.

Filippo Bassoli, Marketing Director, MV Agusta Motor S.p.A., commented: “To capture new audiences, and venture into new markets, you have to keep an open mind and must not be afraid of doing things differently. MV Agusta is currently expanding its customer base and entering new segments of our industry. This comic series is a small revolution in the way we have traditionally communicated our brand. It is also an evolution, since the new narrative around our latest models is clearly aimed at the younger generation bikers, but also appeals to a more mature clientele. The eight characters chosen to appear in the comic represent the augmented embodiment of our fans’ aspirations for their respective MV Agusta models. But apart from any branding and marketing considerations, these stories are fun to read, well written and superbly drawn. I am sure MV Agusta fans around the world will enjoy them and feel part of a wider community that extends beyond borders and social boundaries.”

A special section of the MV Agusta website was created specifically to host the comic. Tommaso De Stefanis, who wrote the episodes, has been active on the comic scene since 2007 and is a recognised talent in the field at international level. For this project he collaborated with artist Davide Castelluccio, the author of the drawings.