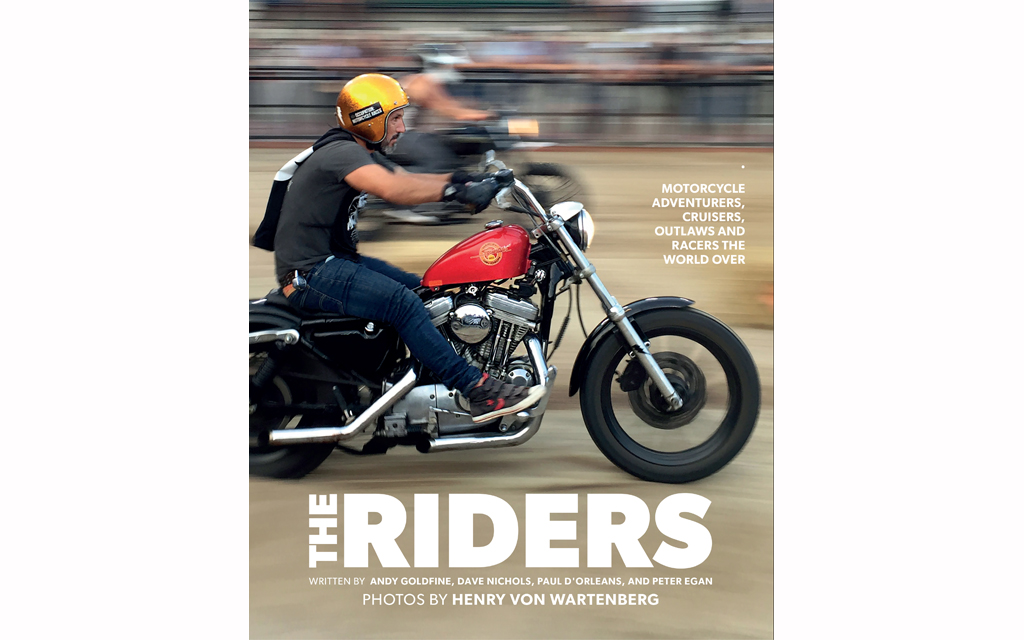 The riders: motorcycle adventurers, cruisers, outlaws and racers the world over

The riders: motorcycle adventurers, cruisers, outlaws and racers the world over explores and celebrates the differences and common bonds among motorcyclists around the world via Henry von Wartenberg’s engaging and inviting documentary photography. von Wartenberg, along with contributions from Paul d’Orleans and Dave Nichols, shows the amazing breadth of the motorcycling world, from outlaw clubs to adventurers to racers to boulevard cruisers to those for whom a motorcycle is the only form of transportation as well a means to make a living.

A long-time rider himself, von Wartenberg has traveled the world on a variety of assignments, some motorcycle related and others not. But wherever he was on the planet, he always found a way to connect with fellow riders and document their culture and machines. Over the course of his travels he has photographed riders in more than 30 countries including Bolivia, Austria, Canada, Chile, China, Costa Rica, France, Mongolia, Mexico, Italy, Germany, Iceland, Peru, Spain, the United States, England, and Thailand to name a few.

The riders: motorcycle adventurers, cruisers, outlaws and racers the world over will be available April 27, 2021 at Indigo, Amazon and independent bookstores.