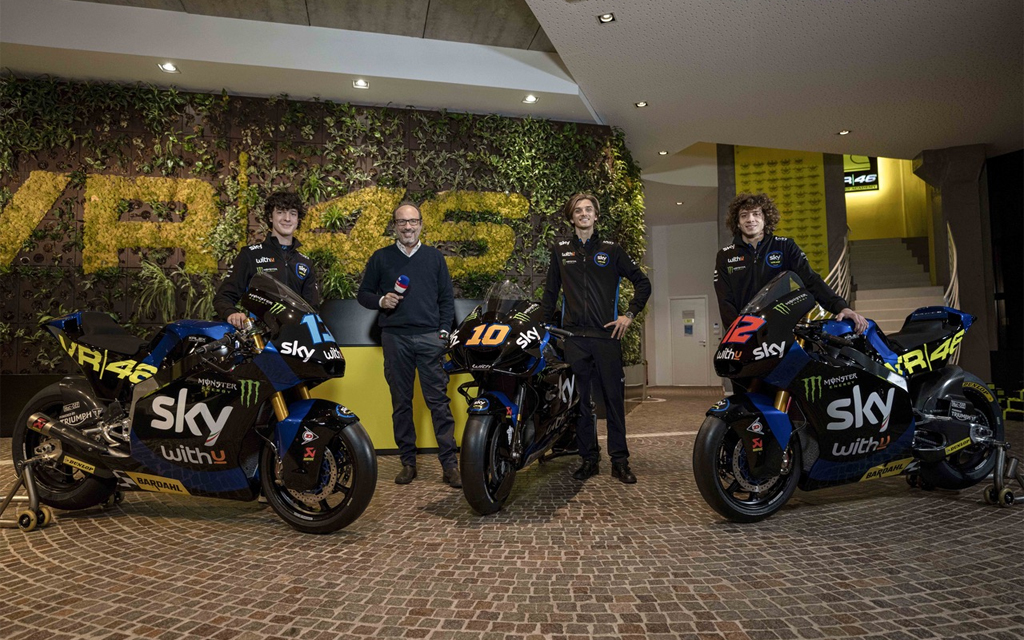 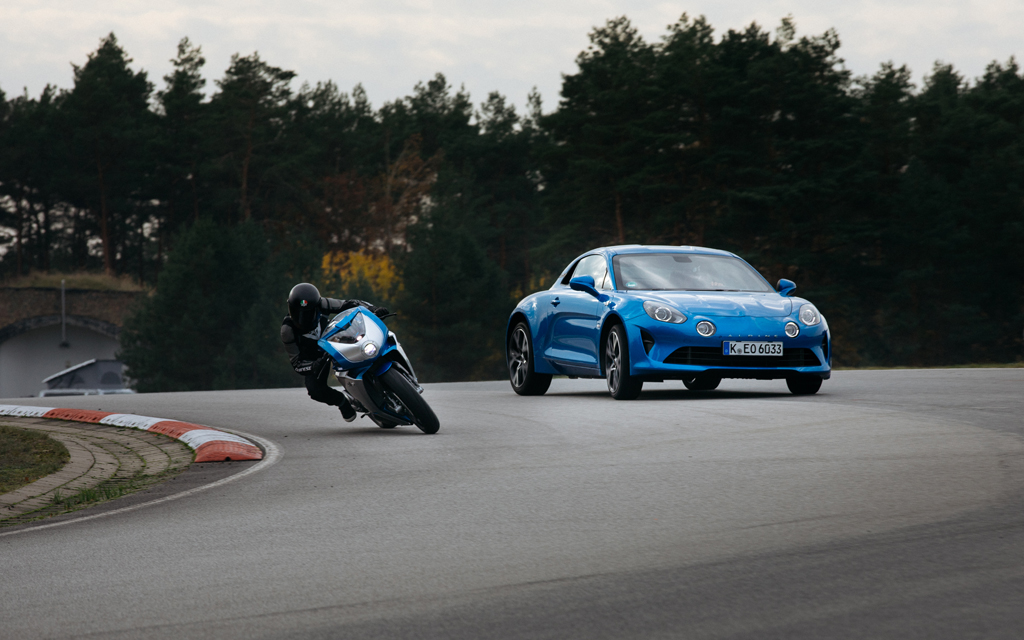 As usual, the Sky Racing Team VR46 has unveiled the liveries of the new season during the Ante Factor of the X Factor final on Sky Uno. This time with something new: Luca Marini for MotoGP and Marco Bezzecchi and Celestino Vietti Ramus for Moto2, live directly from the headquarters of the VR46 Riders Academy in Tavullia, with Guido Meda just before the start of the final episode of the popular talent show.

The new MotoGP and Moto2 liveries for the 2021 season, revisited in the colors by the graphic and creative department of the VR46, have the same look in both categories: the touch of satin grey becomes shiny black, with a play of contrasts introduced by the chrome blue, which redesigns the graphics of the two Teams in a more racing way.

After the great results of the 2020, with the Team World title in Moto2, the second place in the standings of Luca Marini, 17 podiums and 7 wins – the Team born in 2014 from the project shared between Sky and VR46 for supporting the growth of the youngItalian motorcycling talents, is projected towards the next season confirming the commitment in two categories.After Francesco Bagnaia, Moto2 World Champion in 2018, Luca Marini will be the second rider of the Team to make his debut in the top class the next February thanks to the agreement between the Sky Racing Team VR46, Esponsorama Racing and Ducati. In Moto2, Marco Bezzecchi, fourth in the Championship this year, is ready to fight for the Top positions alongside Celestino Vietti Ramus, rookie in the category after having impressed in Moto3.

In both categories, the Sky Racing Team VR46 will be able to count on the commitment and trust of partners who have embraced the Team’s philosophy. WITH U, Monster Energy and Bardahl will continue to be the main partners of the project. Fassi is also confirmed together with Dainese and AGV, alongside the Team since its birth.