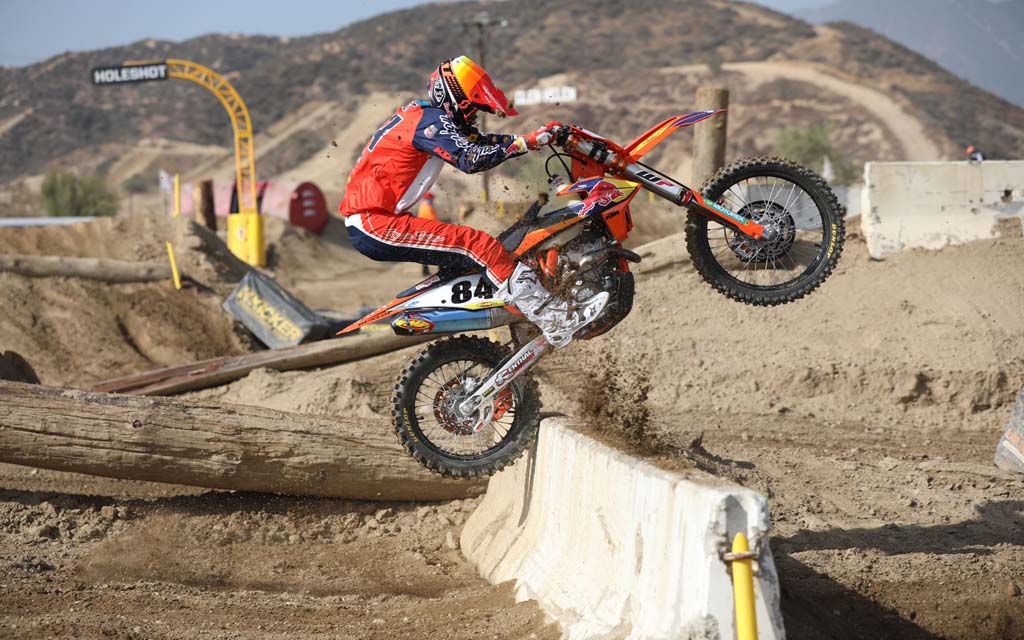 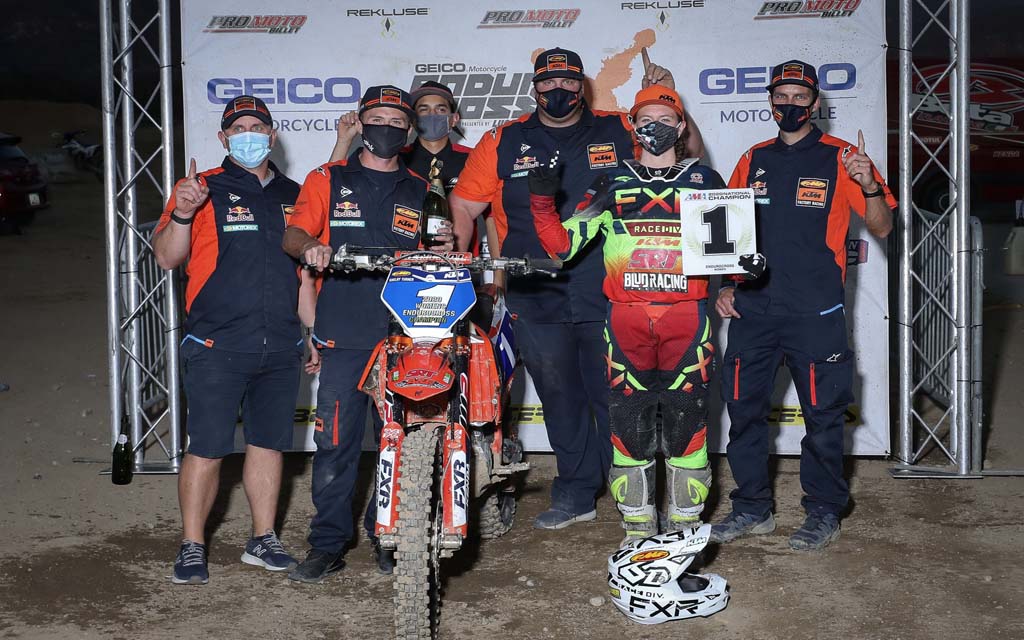 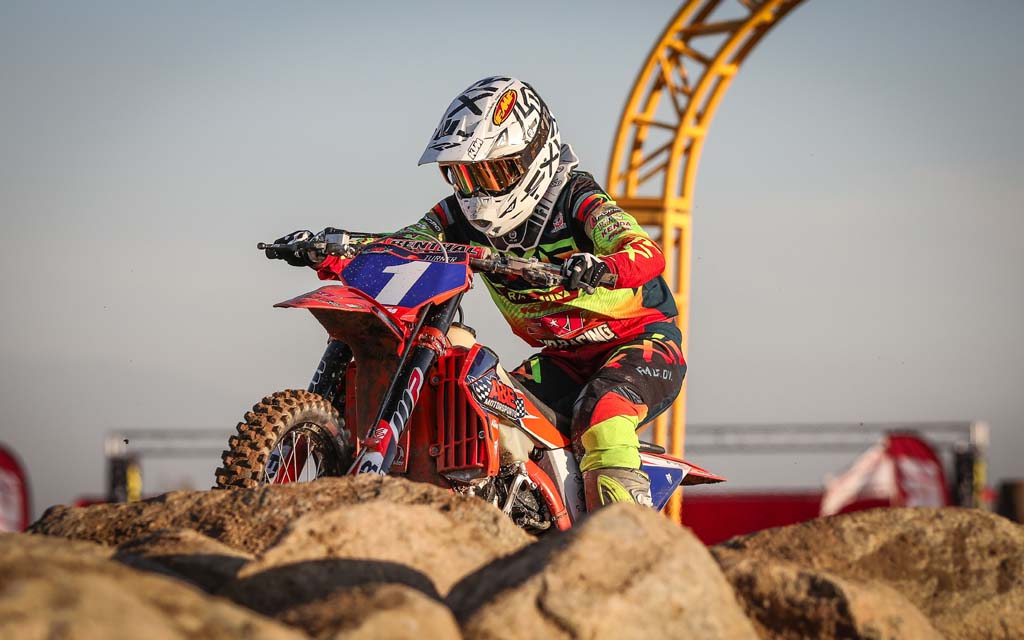 In a season-long battle for the premier class championship, FMF KTM Factory Racing’s Trystan Hart came up just short of the 2020 title but the Canadian up-and-comer solidified his place in the fight as he clinched a second-career victory on Tuesday with an impressive performance at the AMA EnduroCross season finale.
For the second-straight day, Hart mustered up the courage to race through a painful hand injury suffered at the fourth round. He started off with a close second in the overall hot lap, giving him a favorable start position for race one where he powered his KTM 350 EXC-F into the holeshot and early lead. With a flawless performance out front, Hart led all seven laps to claim the race-one victory.
In race two, Hart got off to a rough start as he went down right away in the first turn. He quickly re-mounted and made a few passes through the rocks but he crashed once again on the tire step to begin the opening lap in last place. He put his head down and made a consistent charge through the field to find himself in the podium battle for the last few laps. He overtook second with two laps to go and he tried to make an additional charge for the lead but he ran out of time, ultimately finishing second.
Heading into the final race with flip-flopped versions of 2-1 moto scores, it was once again a winner-take-all affair between Hart and multi-time champion Cody Webb heading into the final race of the season. Hart shot off the line to capture the holeshot and he remained steady out front to lead all eight laps of the race. Despite a small mistake on the final pass through the k-rail section, Hart was able to maintain his lead all the way through the checkers to earn the race-win and overall victory on the night.
Trystan Hart:“I felt good all day, I just had a good feeling about today. It came down to the last moto where Cody [Webb] was pressuring me on the last lap and I made a small mistake but I held on for the win. It felt good to get my second overall-win and to battle up front with those guys all season.”
Team Manager, Antti Kallonen:“First, I want to congratulate Trystan for a good, solid season. It was a quick change from the support team to the factory team under our program. We had a couple solid weeks before the season started at our test facilities so I was very pleased to see Trystan develop within the short period of time and adapt to our program and setup. I’m very glad to see him taking two race-wins out of these six races, he has for sure planted himself as a top contender in the championship.
I also want to give a shout out to Cooper Abbott, who rode extremely well this season finishing fourth overall, so congratulations to the RPM KTM Racing Team for a good performance this season. And also, to Shelby Turner for winning the Women’s Class Championship. Overall, it was a good season for KTM and a good finish for the season with winning the last race.”
With 5-7-5 finishes on the night, FMF/RPM/KTM Racing Team Maxxis’ Cooper Abbott ultimately finished sixth overall at the season finale. The young rider finished out the 2020 campaign with an impressive fourth overall in the Super Pro Championship, where he earned career-milestones such as his first race-win and overall podium finish earlier in the season.
KTM-supported rider Shelby Turner was crowned Women’s Class Champion on Tuesday following a runner-up finish on the day. The Canadian rider concluded the six-race series with five overall-wins to put forth an impressive year in the class. She also earned second-overall in the Amateur class, where she rounded the six-race series with third overall in the championship standings.
The 2020 AMA EnduroCross Series concluded its six-round series on Tuesday. For more information on the series and full results, visit www.endurocross.com.
Super Pro Class Results – Round 6
1. Trystan Hart, KTM, 1-2-1
2. Cody Webb, Sherco, 2-1-2
3. Colton Haaker, Husqvarna, 3-3-3
OTHER KTM
6. Cooper Abbott, KTM
7. William Riordan, KTM
9. Ryder Leblond, KTM
11. Spenser Wilton, KTM
12. Branden Petrie, KTM
13. Anthony Johnson, KTM
15. Adam Hartnagel, KTM
Super Pro Championship Standings
1. Colton Haaker, 139 points
2. Cody Webb, 131
3. Trystan Hart, 130
4. Cooper Abbott, 105