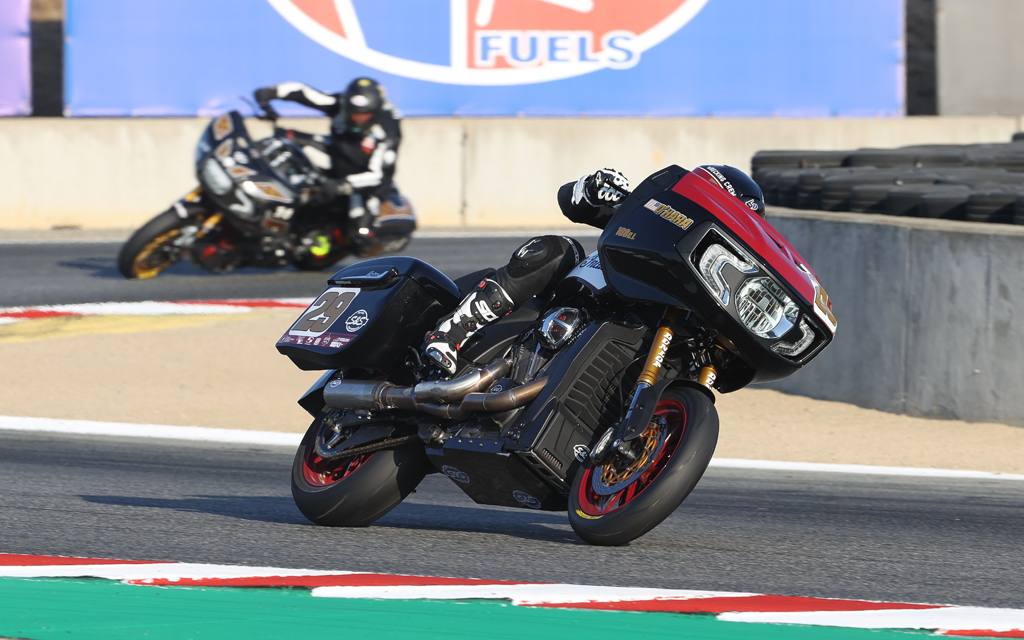 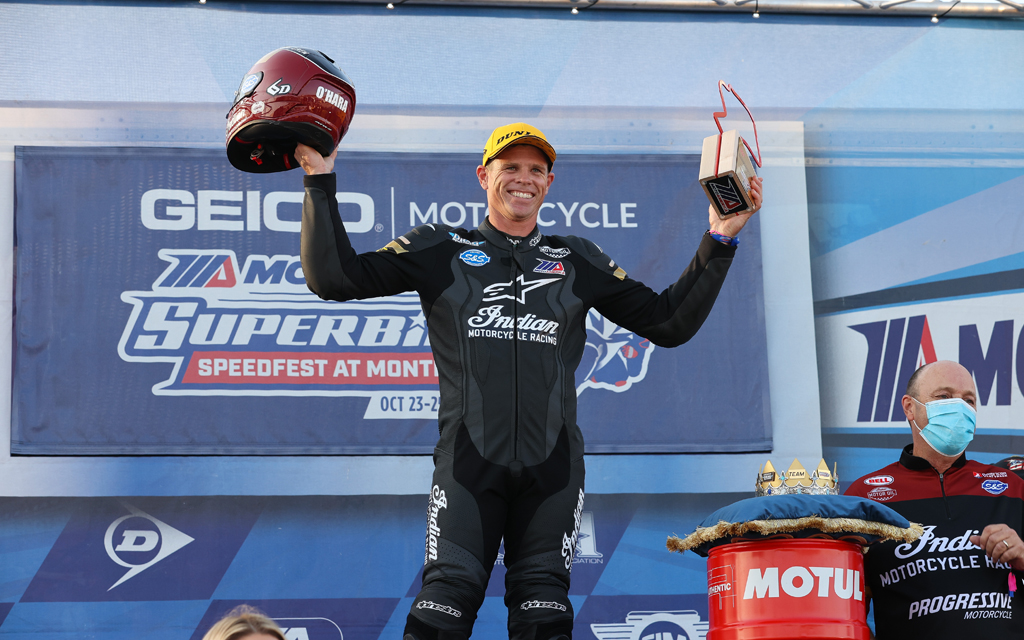 Indian Motorcycle added to its racing legacy with a historic win at the inaugural Drag Specialties King of the Baggers invitational at Laguna Seca Raceway. Facing a field of 11 Harley-Davidsons, the S&S Cycle Indian Challenger, piloted by highly decorated motorcycle racing Champion Tyler O’Hara, captured the win, while veteran rider Frankie Garcia put his Roland Sands Design Indian Challenger on the box with a third-place finish. Claiming two out of three podium positions, the Indian Challenger dramatically showcased its superiority on one of road-racing’s most iconic and technical tracks.

The historic race played out in truly dramatic fashion. Barely, 24-hours after an accident where he “looped” his 600-lb. machine during qualifying, Frankie Garcia rebounded taking the holeshot. But it was O’Hara who immediately established a commanding lead through the first three laps. With five laps remaining, an off-track mishap sent O’Hara back to third and Garcia to second, allowing veteran rider Hayden Gillim to take the lead. From there, O’Hara began a patient, methodical comeback, working his way past Garcia and dramatically passing Gillim while diving into the famed “corkscrew” during the penultimate lap. O’Hara held strong for the final lap winning the inaugural race by 1.9 seconds and earning the title “King of the Baggers.”

“It’s an incredible honor for us to race on this historic track at this historic event, against a field of incredibly talented teams and riders, and we’re absolutely thrilled to come away victorious,” said Gary Gray, Vice President – Racing, Technology and Service for Indian Motorcycle. “Tyler, Frankie and the S&S Cycle and RSD teams did an incredible job and ultimately, they were able to show the world just how special the Indian Challenger is. We couldn’t be more proud of them or our bike.” 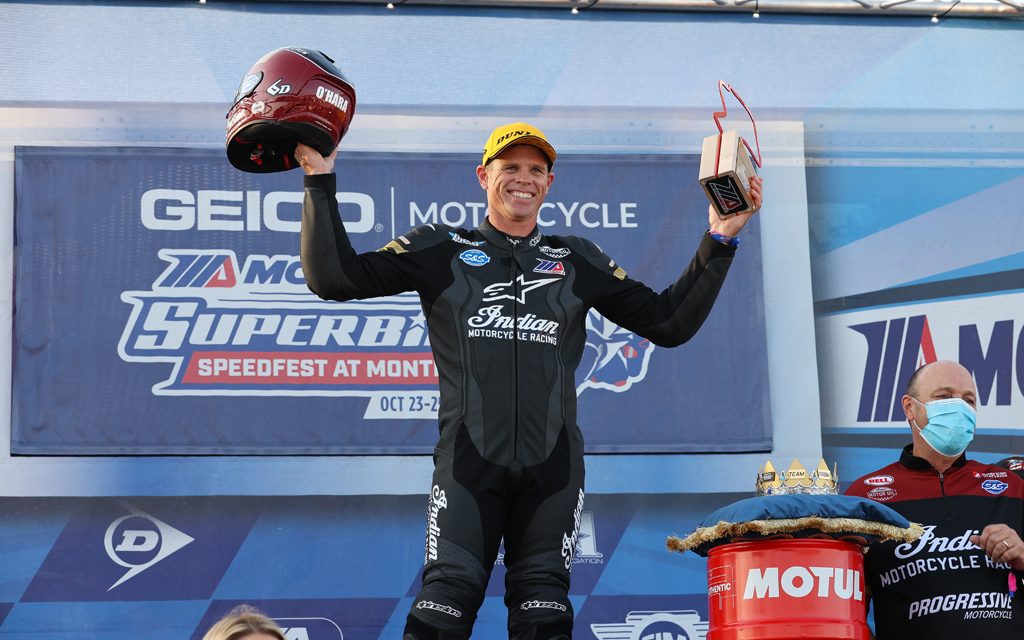 “Watching 13 baggers carving through Laguna Seca’s famed “Corkscrew” was a special moment in motorcycle racing,” said Reid Wilson, Vice President for Indian Motorcycle. “That said, watching the new Indian Challenger defeat 11 highly-modified Harley Davidsons was a monumental achievement and dramatic validation for the work our product designers and engineers have put into developing the Indian Challenger.”

The inaugural King of the Baggers race could not have been more appropriately timed for the Indian Challenger. In a year that saw Indian Motorcycle introduce the new bagger with the Challenger Challenge – a dealer test-ride program that invited riders to compare the Indian Challenger head-to-head against the Harley-Davidson® Road Glide® Special – the inaugural race created a dramatic extension of the marketing program in a full-fledged competitive racing format.

The victory at “King of the Baggers” also came on the heels of Indian Motorcycle Racing earning its fourth consecutive Grand National Championship and Manufacturer’s Championship in the American Flat Track racing series.

For more information about Drag Specialties King of the Baggers, visit MotoAmerica.com. Learn more about S&S Cycle at SSCycle.com, Roland Sands Design at RolandSands.com, and Indian Motorcycle at IndianMotorcycle.com.