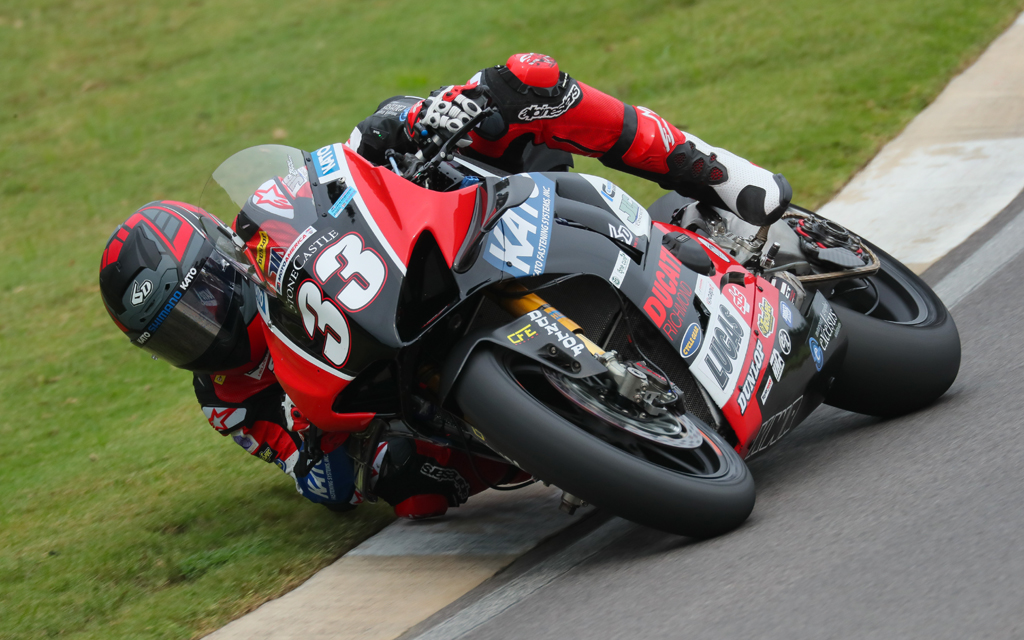 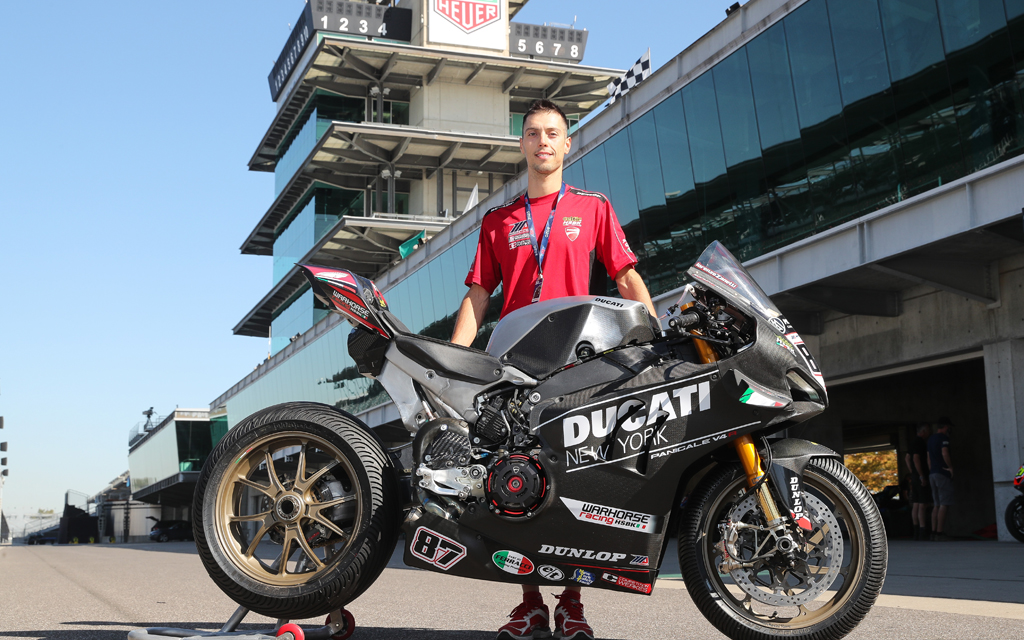 The eighth round of the 2020 MotoAmerica Superbike Championship promises to be one of the highlights of the season as America’s fastest Superbike pilots reconvene at the world-famous Indianapolis Motor Speedway this weekend.

Wyman is optimistic about his chances at Indy, a circuit characterized by the enormous front straight that will let the Arizona resident unleash the full force of his Panigale V4 after a series of tight venues for the previous two rounds of the championship.

Zanetti returns for the first of two wildcard events, and will see out the 2020 series as the team gathers data on this incredibly special machine. The Indianapolis round will be the first time a Ducati Corse supplied superbike has competed in the MotoAmerica/AMA Superbike Championship since teammates Neil Hodgson and Ben Bostrom competed with a factory-spec 999 RS in 2006.

“These past two seasons have seen exciting progress for Ducati in the MotoAmerica series with the Panigale V4 R inspiring riders and teams to campaign for the championship,” said Jason Chinnock, Chief Executive Officer of Ducati North America. “This season has seen upgrades in both chassis and motor for Kyle Wyman’s privateer effort in addition to the long-awaited return of a Ducati Corse Superbike on the grid with the Warhorse Racing HSBK Ducati New York team. This is made possible with the support of our colleagues from Ducati Corse as we return to the premier class of national racing in the USA.”

Kyle Wyman (#33 Excelsus Solutions/KWR Ducati Team)—Sixth (Superbike)
“We’re back in a really good operational space,” said Wyman, “but ever since we got this full factory engine from Ducati Corse, we’ve not been able to stretch its legs. At tracks like Barber and New Jersey, we don’t even touch fifth gear. This week we’ll touch sixth gear for the first time since Road Atlanta, which is a long time! I’m really looking forward to letting this thing eat a little bit.

“We’ve got some updated bodywork and some new parts to try. I think Indy is more along the lines of what the V4 R was developed around. We’re going to be close to 200 mph down that front straight, maybe even touch 200 if we get a good run out of the final corner. Hopefully, that’ll contribute to some good lap times and we can claw our way back onto the podium.

“We’ve been close to the podium recently, even at places I haven’t felt totally comfortable like Pittsburgh and New Jersey, where we got fourth places finishes. If we get this week’s set-up dialed with the new bodywork and the factory motor, we’ll have something to really fight the guys with.”

“We have just taken delivery of our factory Ducati Superbike and Ducati Corse has been kind enough to send two engineers for the last two rounds to help us with the electronics and chassis,” Shek said. “Our goal is to gauge what it will take to do a full-on assault next year—we want to do the job properly. These next two rounds, we are going to put together the crew that we feel can win in the MotoAmerica Superbike class, and use these races as a test to see what it will take to run at the front next year. We have Lorenzo Zanetti back on board—he’s the test rider for Ducati and knows the bike and engineers very well.”