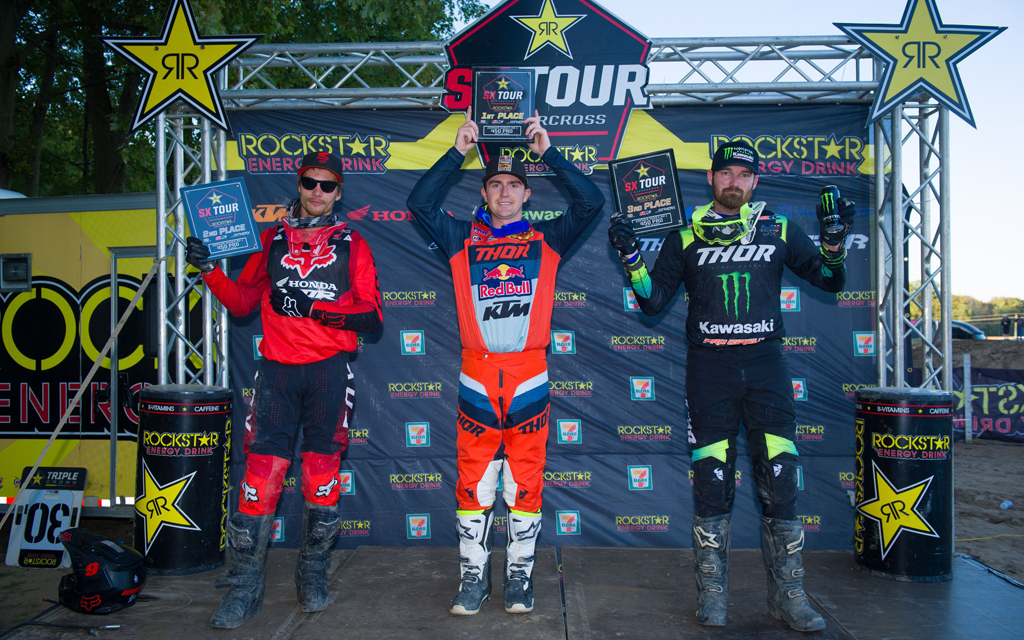 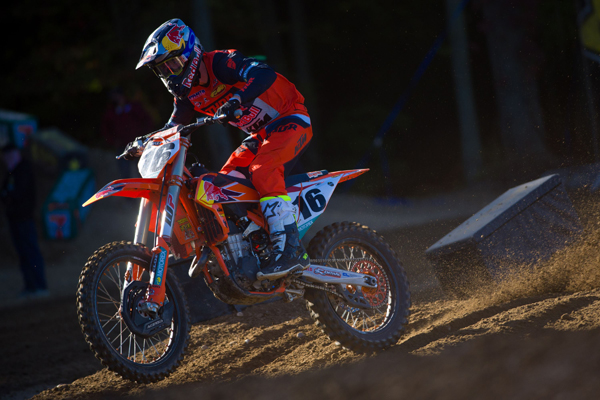 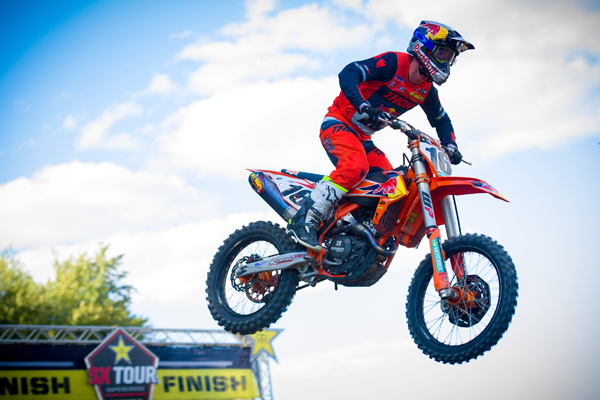 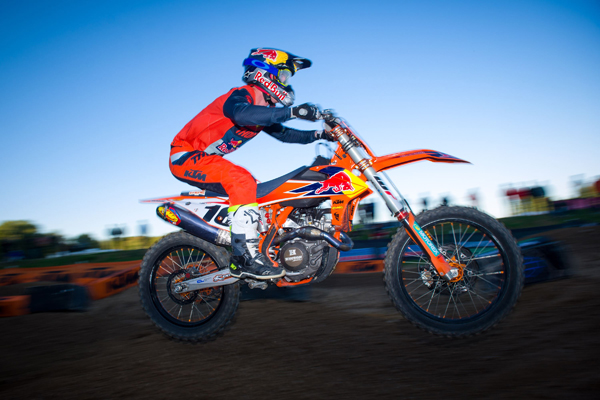 KTM Red Bull THOR Factory Race Team’s Cole Thompson made a statement return back to racing over the weekend with impressive first and third overall finishes at the 2020 Triple Crown Series SX Tour opener at Gopher Dunes. Sweeping both Main Events on Friday and following it up on Saturday with a pair of seconds to emerge with third overall, Thompson has assumed control of the 450 Pro championship points with two rounds remaining.

With a double header race weekend taking place at Gopher Dunes, Friday served as the opening round of the SX Tour and Round 2 followed closely behind on Saturday. After being off the bike for a month, Thompson was READY TO RACE his KTM 450 SX-F FACTORY EDITION and it showed as he went on to sweep the opening round with 1-1 Main Event finishes. It wasn’t without contest, though, as Thompson diced back-and-forth with Dylan Wright in the first race before solidifying the top position with five laps to go. In Main Event two, Thompson got out front early on and led all 21 laps to seal up a successful first night under the lights.

On night two, Thompson once again assumed the early lead in both Main Events but this time the cards weren’t in his favor as he dropped into second halfway through both races. With a good number of laps led throughout the night, Thompson was able to maintain a consistent pace to finish 2-2 in the Main Events and secure third overall at Round 2. With two rounds remaining in the SX Tour, Thompson holds a seven-point lead in the championship.

Cole Thompson, KTM Red Bull Thor Factory 450 Rider: “It was a great first weekend back with the team. I was able to win both Main Events on night one and then a consistent 2-2 for night two. I’m happy to be back at the races, happy to have the points lead and obviously with two rounds to go, I want to come out swinging and hopefully clinch this championship next weekend.”

Jean-Sebastien Roy, KTM Red Bull Thor Factory Team Manager: “I’m very pumped for Cole and his win on Friday night. On Saturday, he got a bad start in the Main Event but he rode really good and was the fastest guy. It’s positive for him to be back and hopefully finish the season strong next weekend at the last round.”