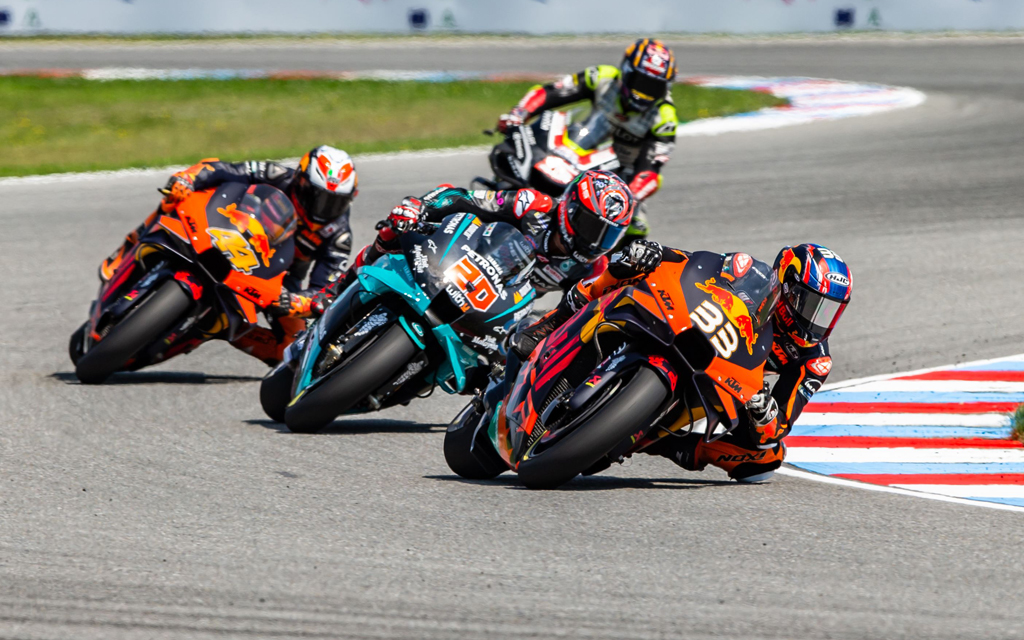 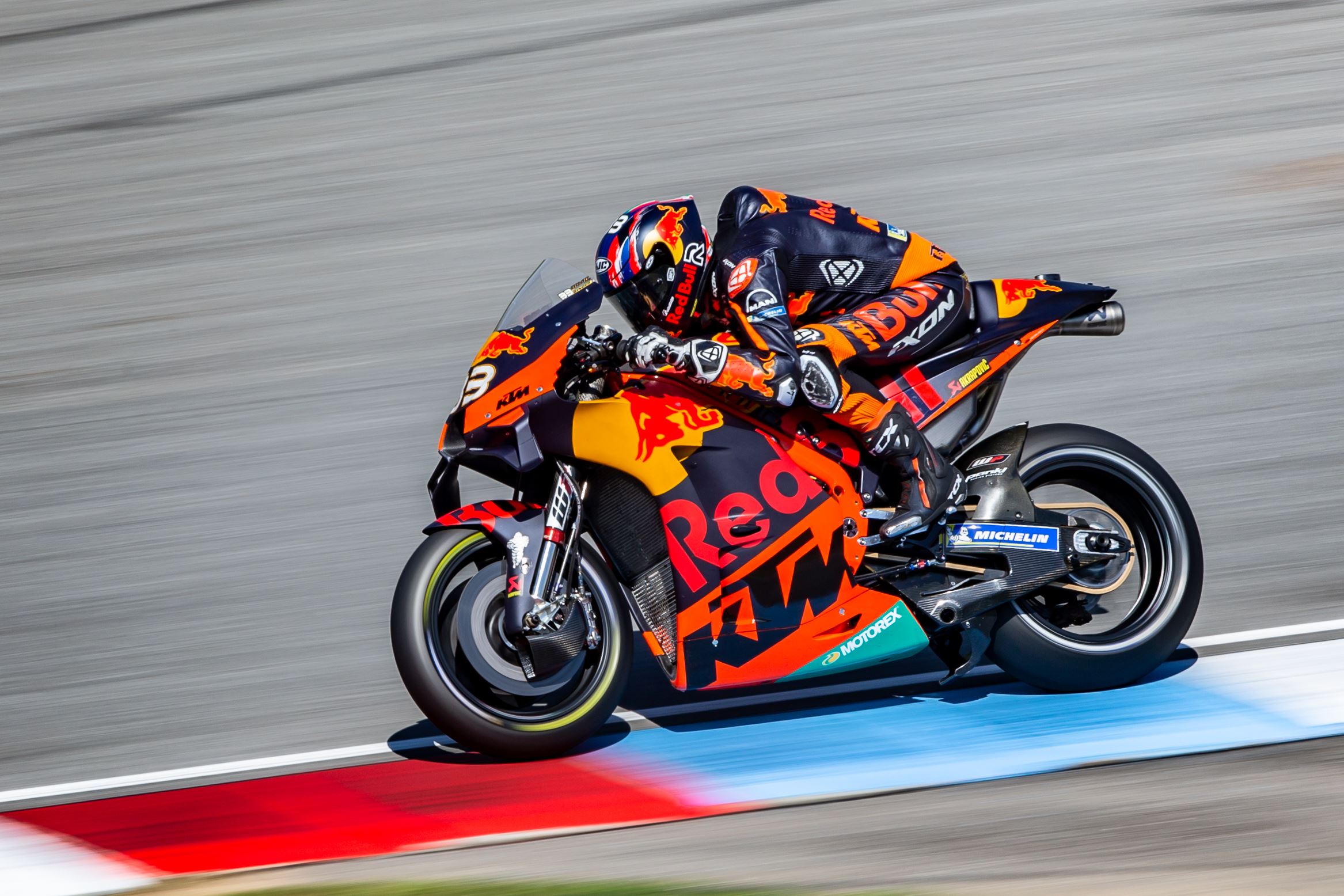 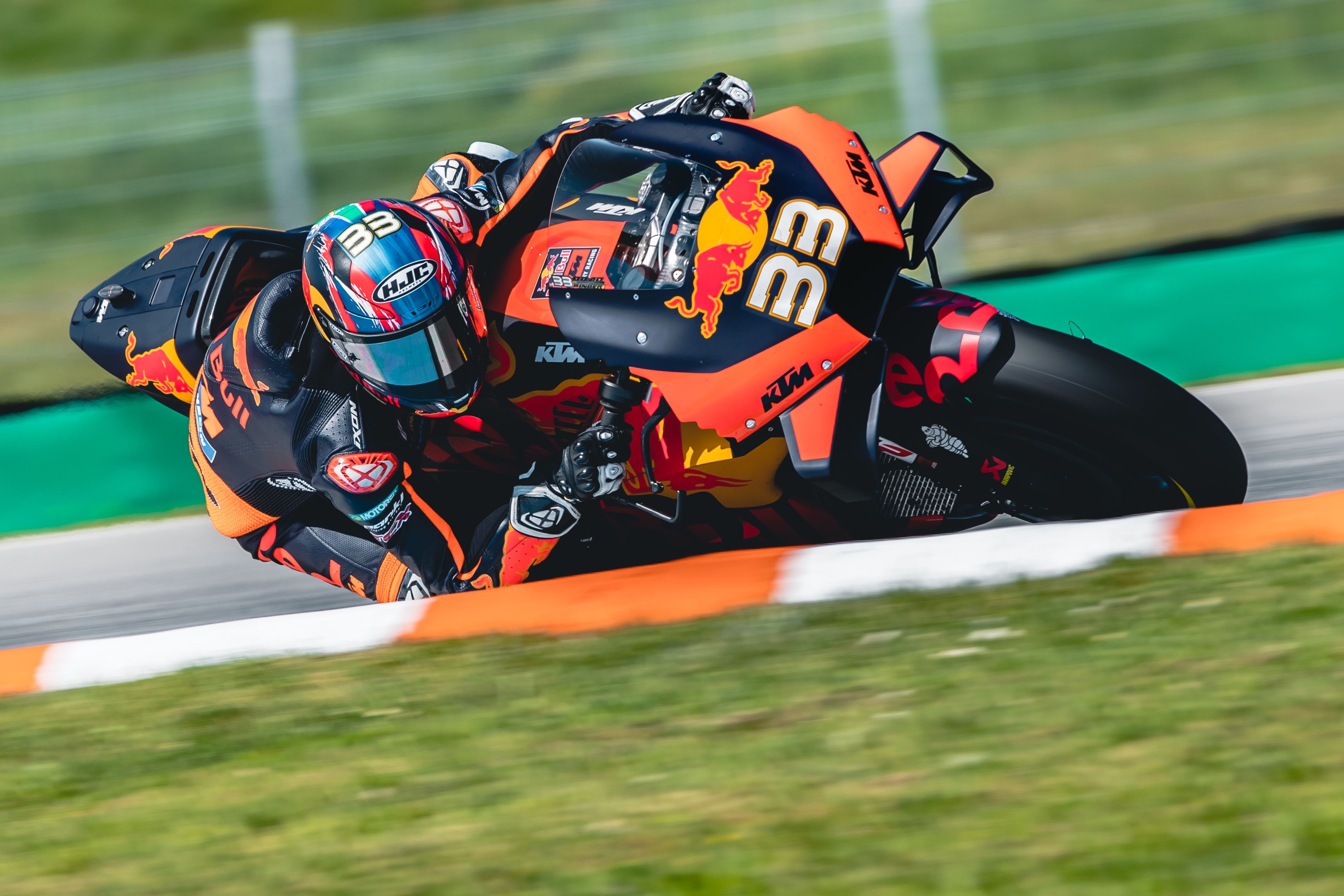 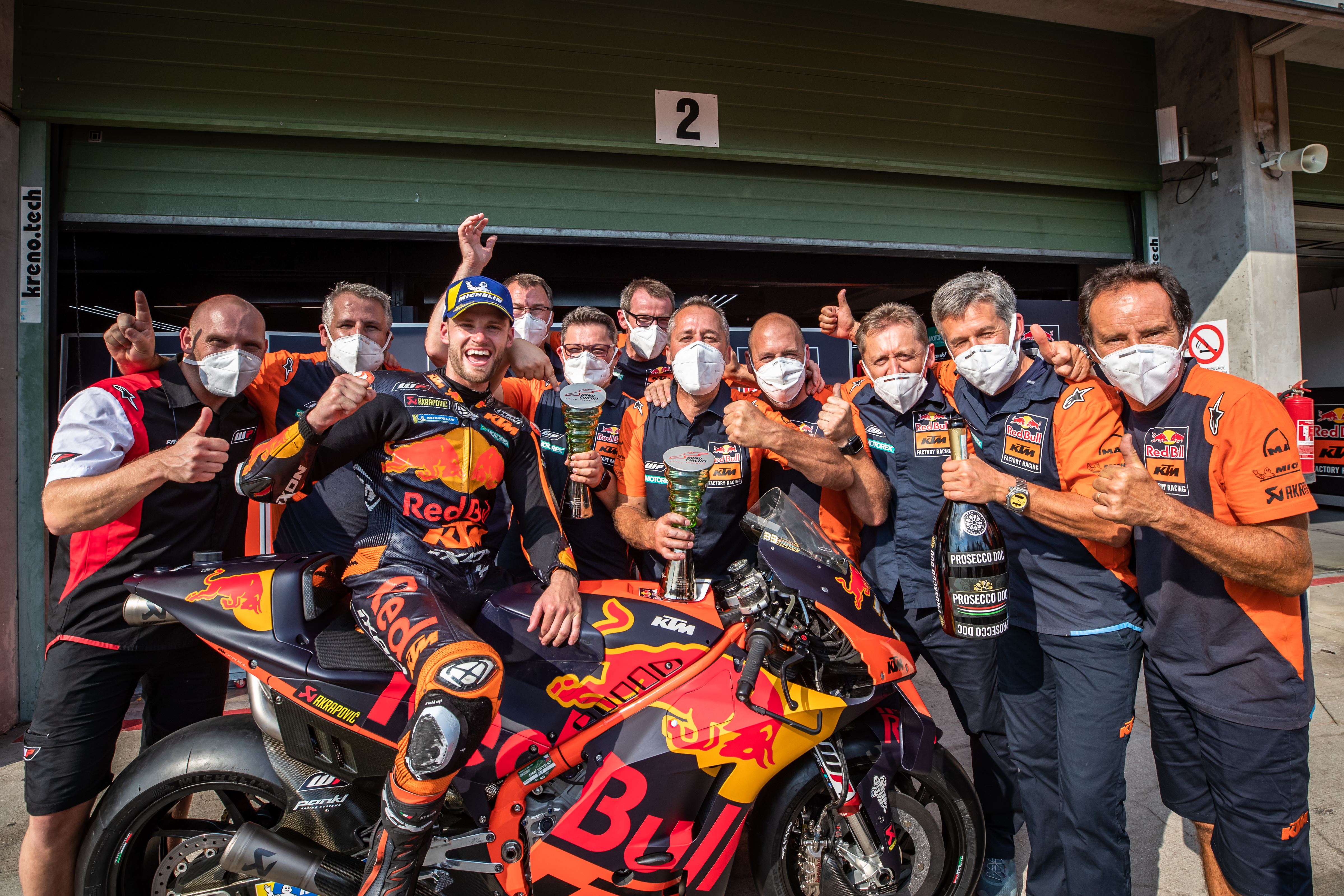 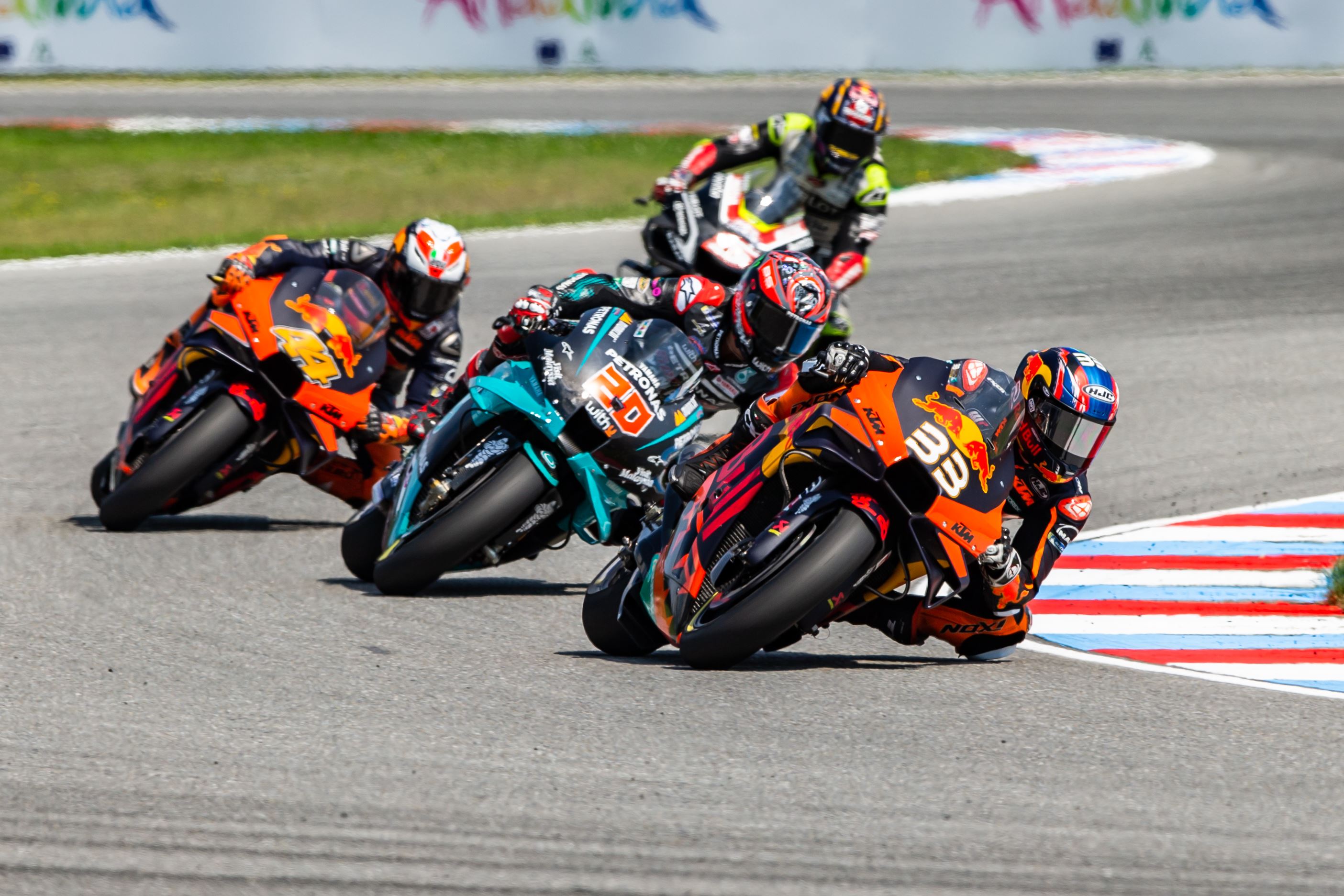 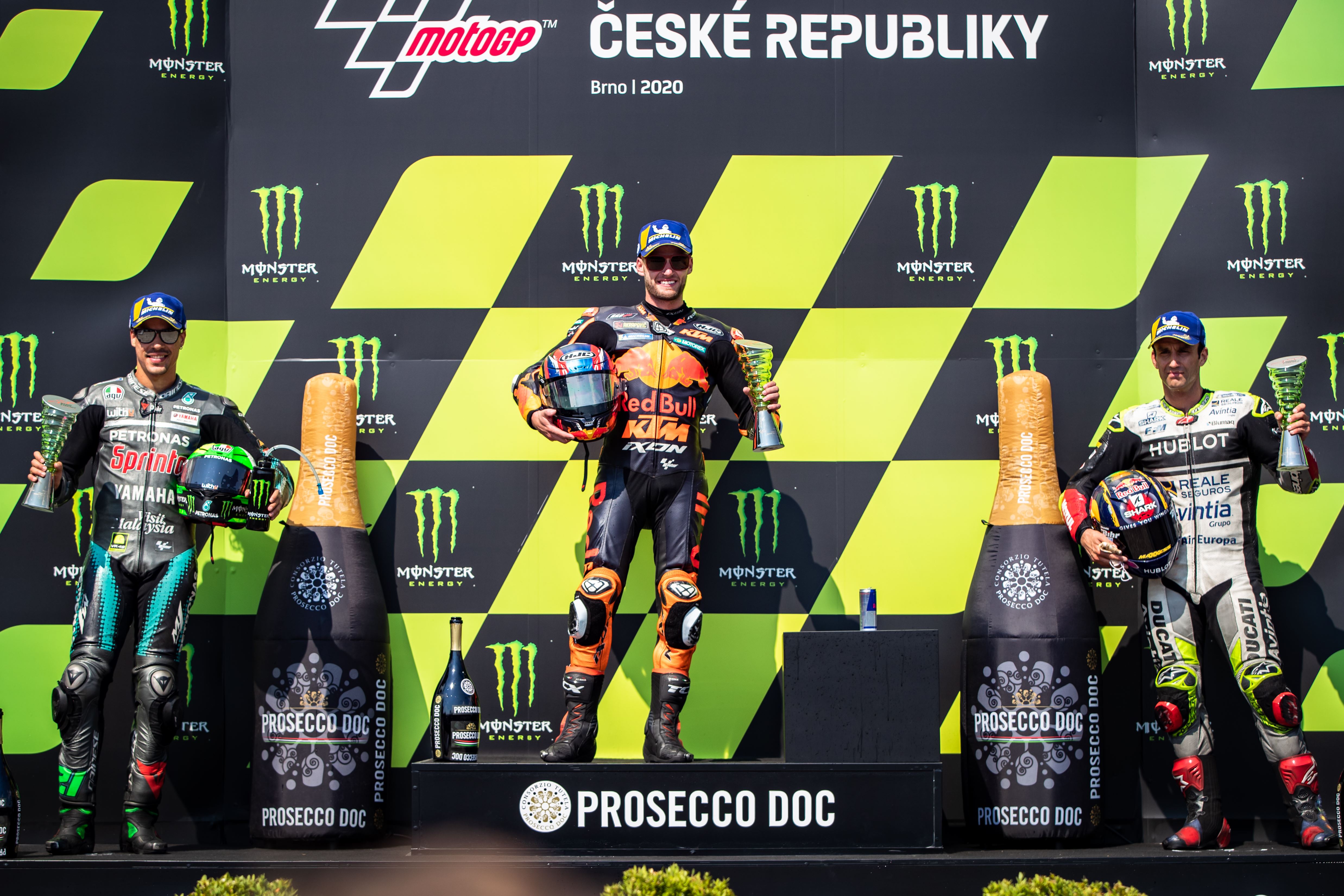 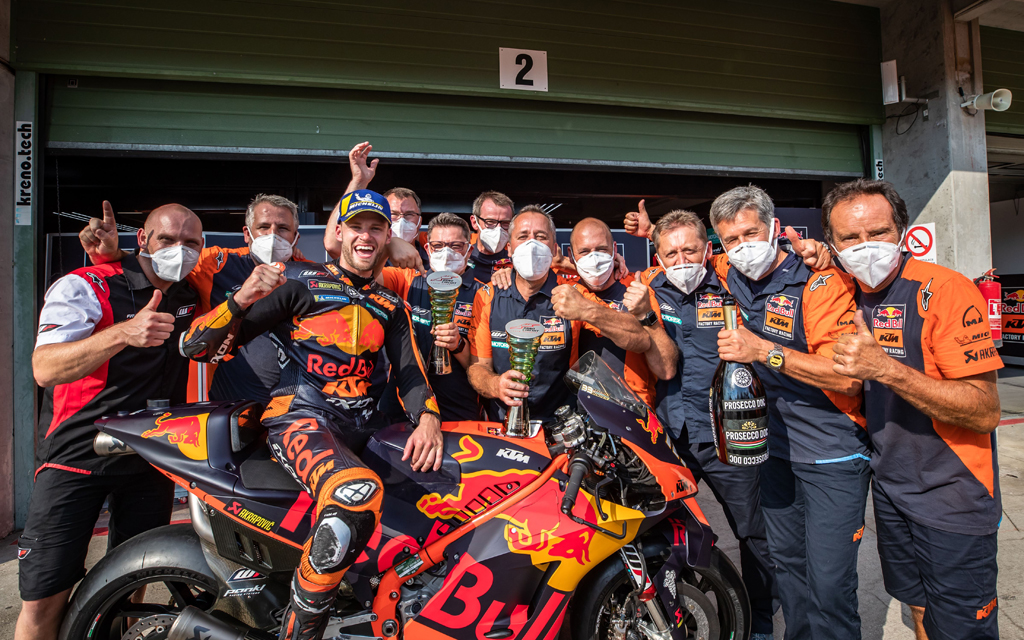 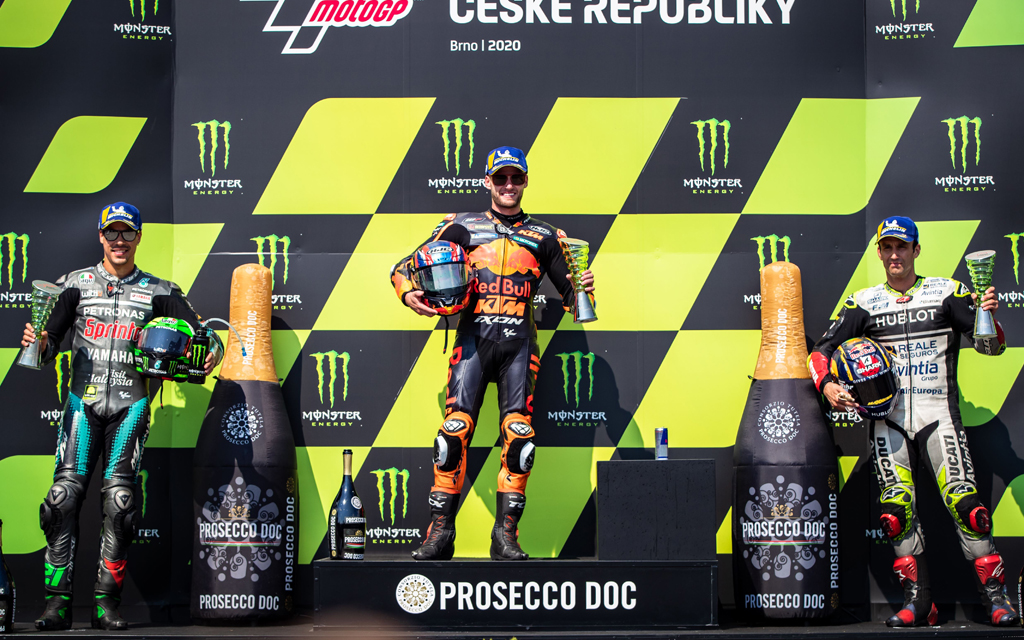 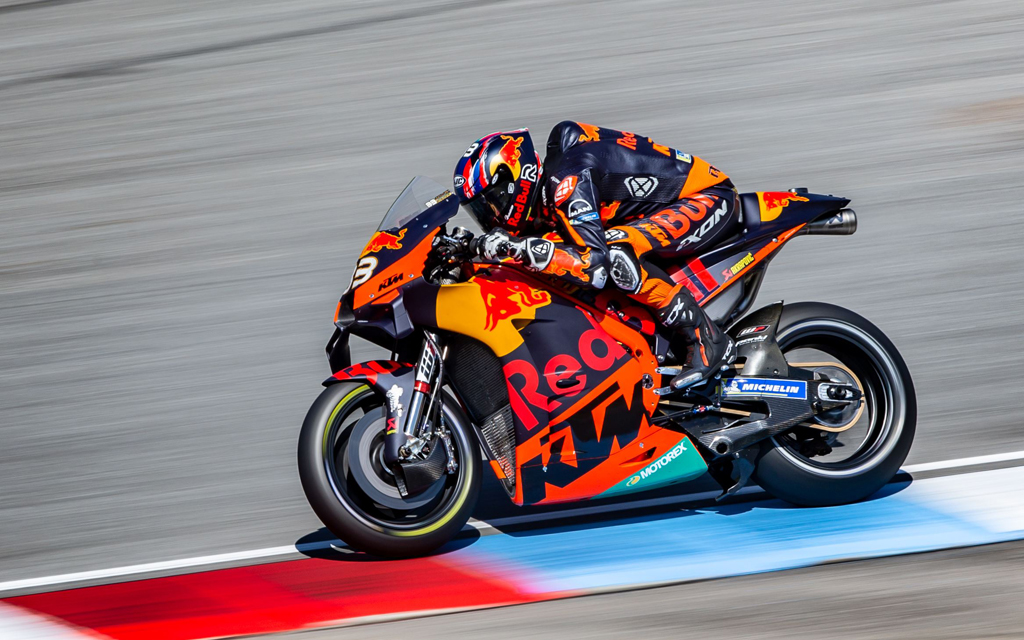 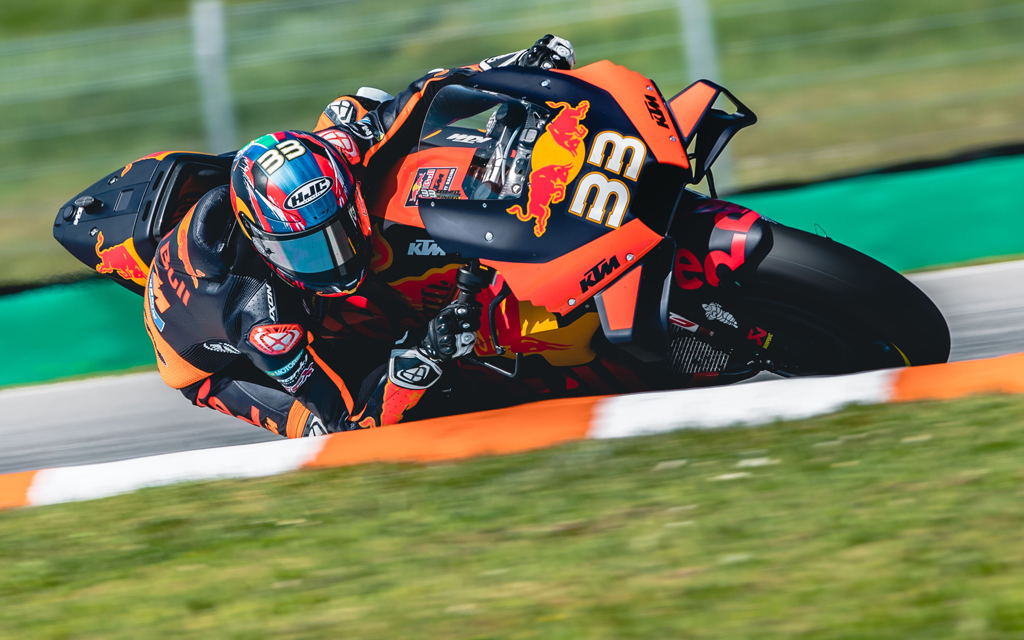 Round three of the 2020 series will remain a poignant and memorable event for KTM, which entered the MotoGP series full-time in 2017 with the then newly-developed KTM RC16. The manufacturer has since enjoyed front row qualifying results and a podium finish prior to yesterday’s incredible victory, where rookie Binder rewarded the project’s efforts at the Automotodrom Brno.

Binder rode a calculated race, working his way through the front-runners from his seventh position on the grid to take the lead with nine laps to go of 21. The Red Bull KTM Factory Racing rider went from strength-to-strength, stretching out a comfortable advantage to take his, KTM’s and South Africa’s first ever race win in MotoGP – the pinnacle of two-wheeled motorsport. Binder is also the first rookie to win a race since 2013. Teammate Pol Espargaró, who has played a pivotal role in KTM’s MotoGP campaign and enjoyed the manufacturer’s maiden podium in the class in 2018, was unlucky to miss out on the battle for victory in yesterday’s race after colliding with another rider in the fight for third place. Red Bull KTM Tech3’s Miguel Oliveira enjoyed his best finish in the class with sixth position.

KTM’s fourth season in the MotoGP category has proven exciting so far with the KTM RC16 battling at the sharp end of the field in the opening three races. The test team with rider Mika Kallio, who has been involved with the project from the beginning, along with MotoGP legend Dani Pedrosa has been fundamental in accelerating the development of the KTM RC16 in combination with the race team and engineers from KTM’s base in Munderfing and Mattighofen. In addition, this major sporting milestone for the brand also highlights KTM’s commitment to developing young riders as Binder has raced aboard orange machinery successfully in the Red Bull MotoGP Rookies Cup, Moto3™, Moto2™ and now finally MotoGP.

Brad Binder: “Honestly, right now, I’m lost for words. I’ve dreamt of this since I was a little boy and today it came true. It is amazing to win my first GP [in MotoGP]. Thank you to everybody who supported me, and the whole team; they put an insane motorcycle beneath me today! I didn’t know if we could win but I knew we would have a go. It was the craziest ten laps of my life at the end. I was being as soft as I could. It was incredible. Unbelievable.”

Miguel Oliveira: “It was a good end to the weekend. We had a decent race and I feel that we have done a good job the entire weekend. Looking at the race, our starting position cost us a better result but we need to live with that and do a better job next race in just a few days’ time.”

Pol Espargaró: “It’s unfair but it is racing, and we have to deal with these things. I was behind Brad and watching the others and playing with the maps to be strong at the end. I felt I could make ‘58s in the last laps, so I was trying to be relaxed when the contact happened. I could not show my potential and win the first race for KTM but I’m happy for Brad because he’s a good guy and works hard. We had a real chance today and we’ll hope for another one very soon.”

Mike Leitner, Red Bull KTM Race Manager: “It was amazing today. All weekend we felt quite competitive on this track with good lap-times among the riders and we expected something from the race. Brad had the race pace and Pol was at the same point, and even though we could not be happier we could have had even more from this GP! Miguel also did great to take sixth so in general we are more than happy. We started this project in 2017 and many people have been involved. We built a complete infrastructure in KTM. People in the company had the right mentality because we had to push; we did not have the road racing history of other manufacturers we are competing against. When I look back at these three years there have been ups-and-downs but the pay-off has been unbelievable today. We’ve seen in Jerez – and again here – that we are much closer to the front. On this long, technical track at Brno, and with our different technical philosophy with a steel chassis and WP Suspension, we got the job done and it’s a great payback to every person who has been connected to the project. I’m very happy to give back something to the KTM board for the great investment they made, their 100% belief and our main sponsor who also had full belief in us. Now, we will go to our home Grand Prix and will work hard from FP1.”

Pit Beirer, KTM Motorsports Director: “For KTM this is an unbelievable day. It’s historic for our company and for the whole team but of course for Brad Binder, who has believed in us and our project for many years. Today is payback for so much hard work. We knew we had a better bike for this year and this did not happen by accident: it came from everything we learned during the last years. With Dani Pedrosa, Mika Kallio and the test team we worked and developed for over a full year to have this bike now. At the end of the day you need a fantastic rider to put the bike on the top step and Brad did it today, and in the same style as he won in Moto3 and Moto2 races for us. It´s an incredible feeling and we will now build on this result. On the other hand, I want to thank Pol Espargaro because also he – together with his crew – brought every piece of the puzzle together to bring this project to the top. Today is the result of a fantastic team effort; at home in Munderfing and Mattighofen, through the test team and a great crew on track.”

Stefan Pierer, CEO KTM AG: “It is difficult to describe the intense emotions we feel on this very special and historic day for KTM. Firstly, I would like to congratulate Brad not only on his exceptional ride, but his loyalty and belief in KTM for many years – we will certainly enjoy this moment together. I would also like to share our thanks to Pol for his incredible effort in helping us achieve this victory; his work has been pivotal in the whole project and in reaching this point where we see our bikes near or at the front of the field. Since we began this program our ambition has been the same as it is for every racing discipline, and we knew that achieving our goals here would be exceptionally difficult, but not impossible. Step by step we have been moving closer and closer to the front, defying some expectations as we continued to believe in what we could achieve. To win a race in our fourth year in MotoGP is testament to the work ethic and knowhow of our KTM Motorsports department and R&D engineers. I would like to offer our special thanks to Pit Beirer and Mike Leitner for their lead in the project, and tireless work in making this program a success. Our vision is to create a clear pathway with our riders to the top, and this has been achieved with Brad following his success with KTM in the Red Bull MotoGP Rookies Cup, Moto3 and Moto2. We now look forward to our ‘home’ races at the Red Bull Ring where we can celebrate this huge milestone in KTM’s story.”