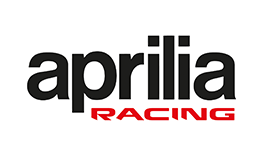 Aprilia takes to the track in gaming too, introducing the Aprilia racing esports team

Milan, 9 July 2020 – Aprilia’s MotoGP challenge also includes the gaming world: introducing the Aprilia Racing eSports team, set to make its début in the 2020 MotoGP eSport Championship.
It will be a new adventure for Aprilia, but in line with the values of challenge and competition that have always driven the Italian brand, which boasts a trophy case with 54 world titles in the various motorcycle racing disciplines: World Grand Prix Motorcycle Racing, Superbike, Off-Road and Trial.
A point of reference for the youngest riders since its inception, Aprilia embarks in the gaming world with the same desire for victory that has always been its driving force.

After watching the MotoGP champions go head to head in the virtual Grand Prix races organised during the lockdown period, the joypads are about to be returned to the hands of pro players who will face off in the 2020 MotoGP eSport Championship Global Series.
On the starting grid of the highly competitive and exciting final stage of the top virtual championship for two-wheelers, you’ll also find the Aprilia RS-GP operated by Aprilia Racing Team Gresini, entrusted to factory rider Francisco Santiago Marín.

Better known in the eSport world as EleGhosT555, Francisco will be one of the eleven gamers competing for the 2020 title: Spanish from Cádiz, 22 years old, EleGhosT555 is one of the contenders for the final victory, after taking the runner-up title his rookie year in 2018. The reserve rider for Team Aprilia Racing eSports, on the other hand, will be rookie Joel Pedrosa (Joel_Clay), a 23 y.o. Catalan.

The final stage of the 2020 MotoGP eSport Championship will be held over 4 rounds, for a total of 8 races, on the official MotoGP videogame, MotoGP 20.
Chosen following an extremely competitive online selection process, the best 11 pro players in the world will be on the starting grid, each representing a team actually registered in the MotoGP World Championship. It is a proper virtual World Championship that enjoyed resounding success last year, televised on 15 channels in 5 continents to reach a fanbase of 64 million spectators.

Francisco Santiago Marín (EleGhosT555): “I wish to thank Aprilia Racing very much for the support they are providing: it is truly a great feeling to be part of this family. I think that for me, I could not have landed in a better eSport MotoGP team: Aprilia Racing is highly committed to this project and that makes me feel like I am truly in grand form and confident for the coming season. I will be giving my all to take Aprilia to victory.”

Massimo Rivola, Aprilia Racing CEO: “We are truly enthusiastic about this new project. The MotoGP eSport Championship is growing constantly and last year it already had a consistent following, demonstrating how it can attract the attention and curiosity, not only of gamers, but also many young fans and riders. At this point, Aprilia Racing’s goal for the 2020 season is the same both for the real races and virtual races: to be competitive and successfully battle for the podium. I am confident that all the conditions are there for us to achieve good results and I am truly happy to welcome our pro-players, EleGhosT555 and Joel_Clay, into the Aprilia Racing family.”