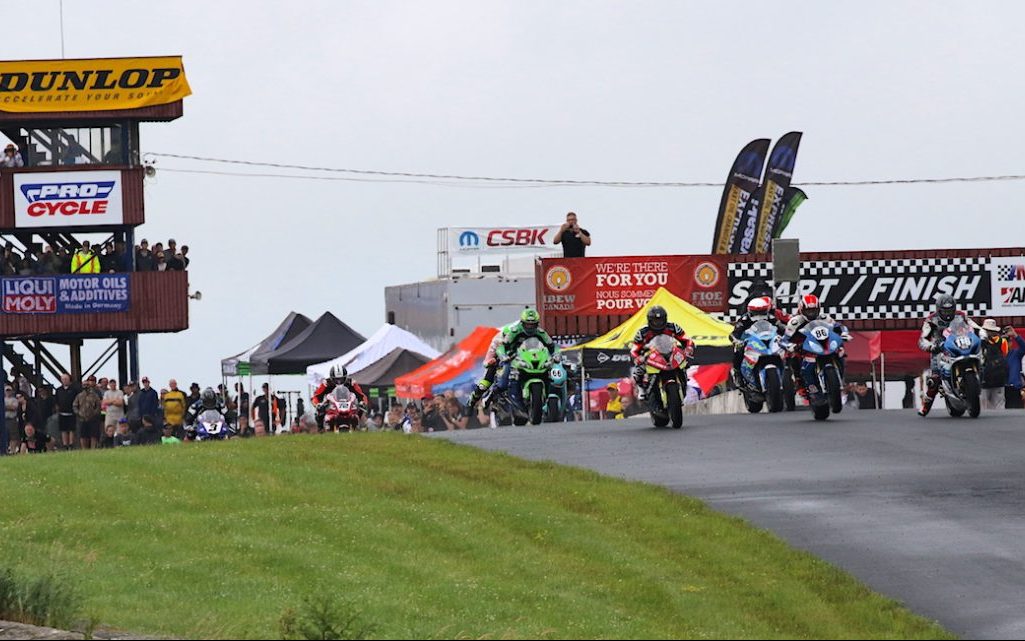 Long time CSBK title sponsor MOPAR, a subsidiary of Fiat Chrysler Canada (FCA), have invoked the “Force Majeure” element of the existing contract between MOPAR and CSBK. This means that MOPAR have withdrawn from their agreed title sponsorship of the 2020 Canadian National Championship Superbike road racing tour.

“The departure of FCA is a huge blow to our series,” explains CSBK President Colin Fraser of Toronto’s P.M.P. “As the title sponsor, they contribute to the video, television, year end purse, transportation and overall operating budget for the National tour. However, the severity of the current health situation means that changes such of these are un-avoidable.

“MOPAR have been a terrific supporter through the last decade and served as our title sponsor for the past eight seasons. Since the TSN broadcast era started in 1995, we have been fortunate to have strong support from our title partners starting with Toyota Trucks, then Parts Canada and Mopar. It is not easy to develop these types of relationships.”

CSBK have also updated their 2020 Schedule, cancelling the opening three rounds of the planned 40th Anniversary Superbike tour. The traditional May Shannonville Motorsport Park opener, June event in Grand Bend and July return to circuit ICAR north of Montreal, QC, have all been eliminated from the originally scheduled 2020 campaign.

The International Brotherhood of Electrical Workers were scheduled to serve as title sponsor for the opening two rounds in Ontario for 2020.

“There has been pressure to make announcements sooner, but ongoing developments with the COVID crisis means it is very hard to predict how summer will look in terms of spectator events,” continued Fraser, who covered the very first CSBK National as a journalist in Edmonton back in June, 1980.

The Province of Quebec has banned public gatherings until at least September 2020.

“We must consider Provincial and Federal guidelines and discuss these issues with our venues and sponsors. Right now, we are aiming to race in late July, August, and September. We would start with Pro Cycle’s Atlantic Motorsport Park, N.S. round, then the BMW Motorrad backed double-header at Canadian Tire Motorsport Park, ON., and Shannonville, ON, for the 40th Anniversary celebration.”

Fraser did caution that it is too early to be certain that fan-oriented events such as the CSBK National Superbike rounds will be allowed to take place during the summer months.