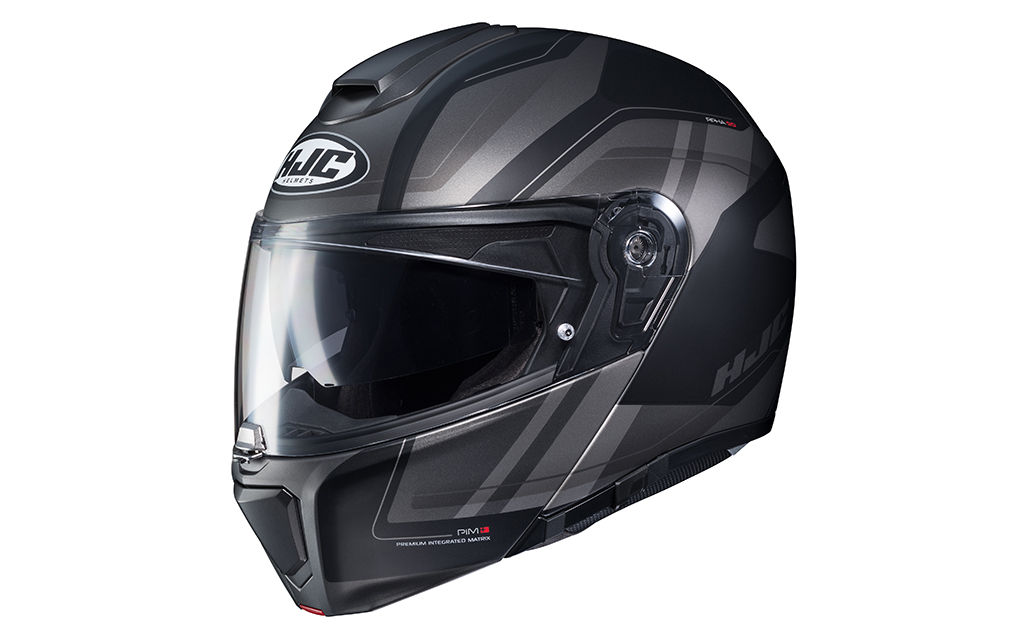 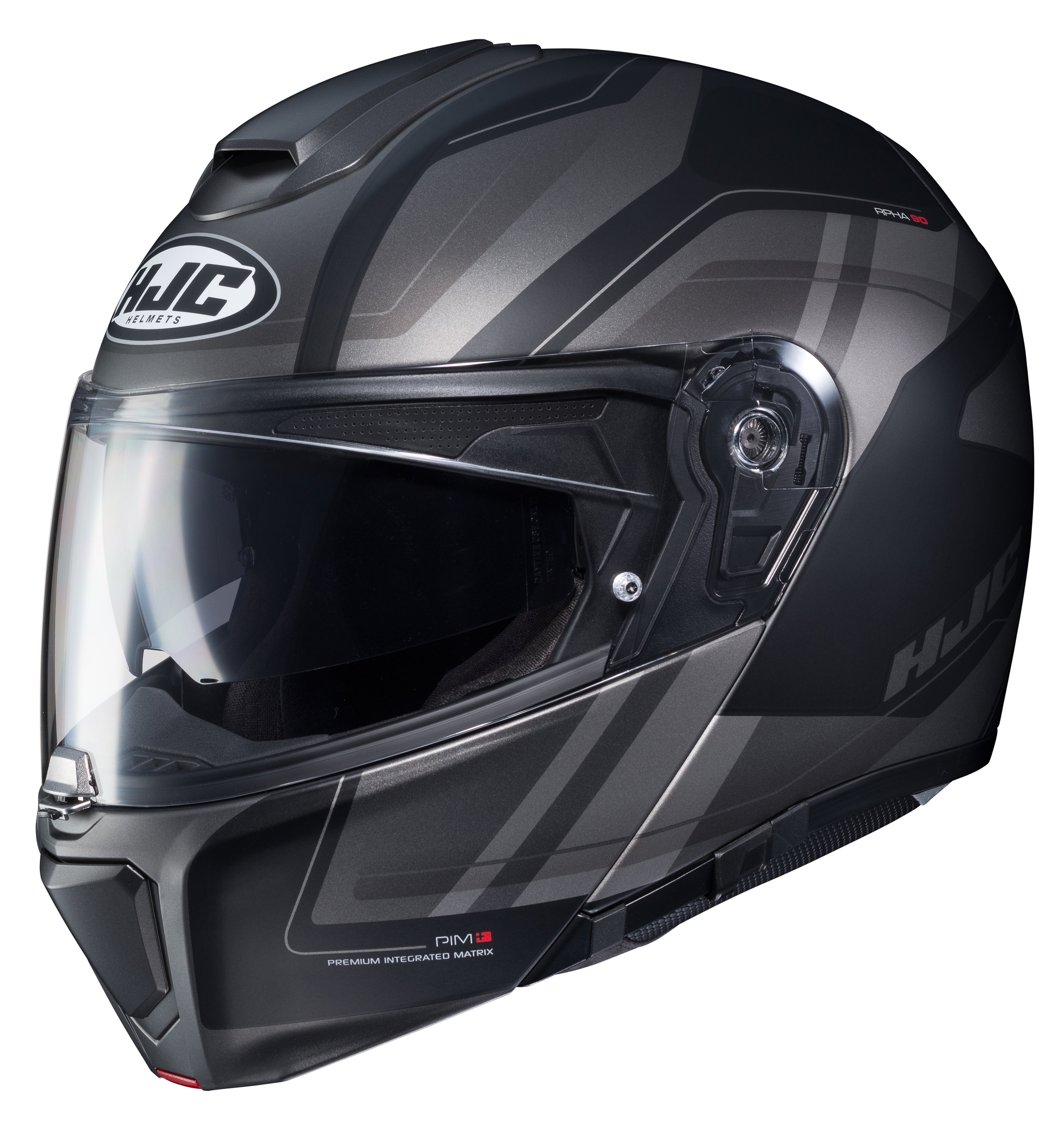 In the fall of 2017, I wrote about an HJC helmet that I’d worn on a European tour. The RPHA ST full-face street helmet was equipped with an integrated sunshade and came with an antifog insert, both of which I liked, and was a comfortable helmet with only one small flaw: the half-visor sunshade, operated with a sliding switch on the left side, extended and retracted with what I called “mouse-trap suddenness,” which was slightly startling. Otherwise, the RPHA ST was a very good helmet for daily riding.

I was pleased, then, to find that the RPHA 90 that Parts Canada provided me with for a tour in the fall of 2018 also was fitted with a half-shield sunshade—and even more pleased to find that its operation in lowering and raising the half-shield sunshade was much less sudden, and in fact I could decide how far down I wanted the sunshade, where with the ST it was either full-on or full-off. A nice improvement, and might prove useful in setting-sun conditions when you want just a bit of protection high in your field of view against the sun’s glare, sort of like a car’s windshield visor.

Like the previous HJC, the RPHA 90 has an antifog insert that was easy to install and provided clarity in rainy conditions (though I did have to remove it one evening, clean it and the shield carefully, fully dry both, and carefully reinstall the fog shield so that the seam was tightly sealed all the way around—but that did the trick and wasn’t difficult).

So, both the sunshade and the antifog insert were welcome features, and one even more welcome was the convertible chin bar. Stab a button under your chin and the chin bar can be lifted to allow you to eat a corned beef sandwich without exposing your scalp to flies and whatnot. The operation of the button to release the chin bar for raising was easy and reliable, though, as with every convertible helmet, securing it in the down position for riding was a little bit fiddly—you had to slam it to make sure it was locked in place. I don’t think of that as a flaw, since I’ve noticed it with other brands, but simply something to be aware of. Locking the full-face shield in position was easy, and unlocking to lift it for a breath of spring air was easier than on some helmets.

In general, the RPHA 90 is a fine helmet that should prove comfortable and useful on a half-ride or a half-continent tour. The padding around the bottom is wider than on the previous model, which might make it quieter, though to be honest I don’t expect a helmet to be quiet, no matter what advertisers say. I had no problem wearing it for day-long rides, and couldn’t think of any way to improve it. It’s available through Parts Canada for prices that range upward from about $400, comes in several plain and colour treatments (including a Darth Vader scheme), and can be seen here.

One thought on “HJC street helmet easy to love”