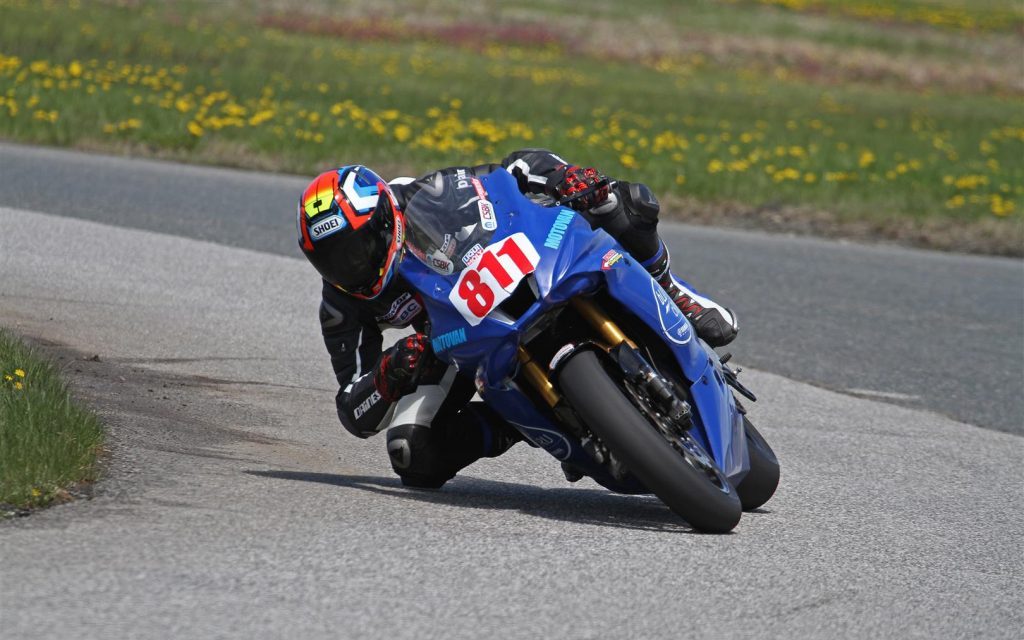 Canadian amateur racer Jake LeClair has been selected to attend the 8th edition of the Yamaha VR46 Master Camp, based out of Valentino Rossi’s VR46 Motor Ranch in Tavullia, Italy this coming September.

The VR46 Master Camp is designed to give young Yamaha stars a boost by enhancing their riding skills and professionalism, enabling them to make the next step in their racing careers.

“There really are no words to describe this opportunity,” said LeClair, who received the news via Tomas Casas, current top bLU cRU athlete and previous Master Camp attendee. “There is only one VR46 Camp, and I am going!”

LeClair, 18, became Yamaha’s first-ever bLU cRU Factory Ride Award winner in the discipline of road racing in 2018. He was the inaugural champion in the Amateur Lightweight Sport Bike category of the Canadian Superbike Championship (CSBK) that same year, and currently sits second in CSBK Amateur Sport Bike on his Yamaha YZF-R6 – an impressive feat in his first year on 600-class machinery.

“With all that Tomas has accomplished since being at the camp, I feel privileged and honoured to have this opportunity,” beamed LeClair. “I have watched numerous videos online and know only a select few get chosen from around the world to go. VR46 is all about success, so what better place to learn than at Valentino Rossi’s personal facility!”

LeClair and a handful of other young Yamaha riders from around the world will spend the week training with VR46 Riding Academy instructors on riding technique, bike control, balance, fitness, technical skills, presentation and more.