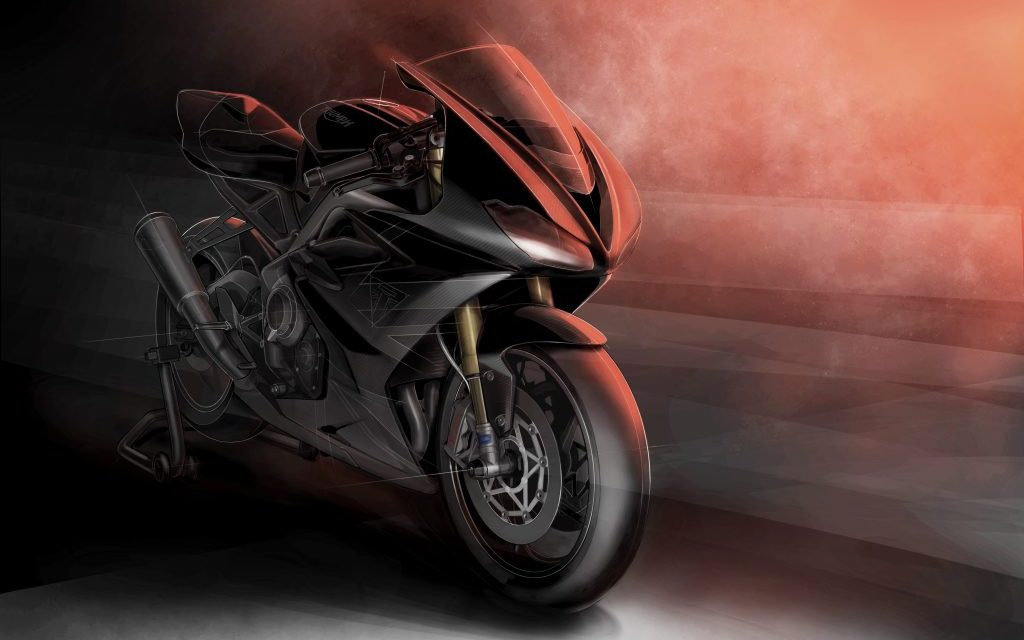 Triumph Motorcycles are proud to confirm the introduction of the ultimate edition of the legendary, multiple Supersport Championship-winning Triumph Daytona. This incredible, limited-production model will be officially revealed at a special press event at the GoPro British Grand Prix at Silverstone on Friday, August 23, 2019.

The new Daytona Moto2TM 765 Limited Edition will represent both the highest specification of the British racing legend, and a unique partnership with the FIM MotoGPTM World Championship.

Triumph will launch two versions of the eagerly-anticipated new Daytona on August 23, one for Europe and Asia, and one for the U.S. and Canada. Both will feature a new Moto2TM-derived 765cc triple engine inside a championship-winning sports-focused chassis, delivering the highest power and torque ever from a production 765cc motorcycle, plus the highest specification of equipment ever seen on a Daytona, all wrapped in a stunning limited-edition race paint scheme.

Reflecting Triumph’s position as the exclusive engine supplier to the Moto2TM class of the FIM MotoGPTM World Championship, and sharing some of the key developments from the race engine program, both models will be revealed at a special press event on Friday, August 23 at Silverstone, where full specifications and details will be revealed. Both bikes will also be showcased in a spectacular parade lap over the race weekend, ridden by two former motorcycle world champions.

This new limited-edition Daytona delivers the closest you can get to a genuine Moto2TM factory ride for the road.

With a limited run of only 765 being built of each model (Europe/Asia & U.S./Canada), each one individually numbered, Triumph are anticipating strong demand for this truly unique motorcycle.

Prices and full details to be released on August 23rd.