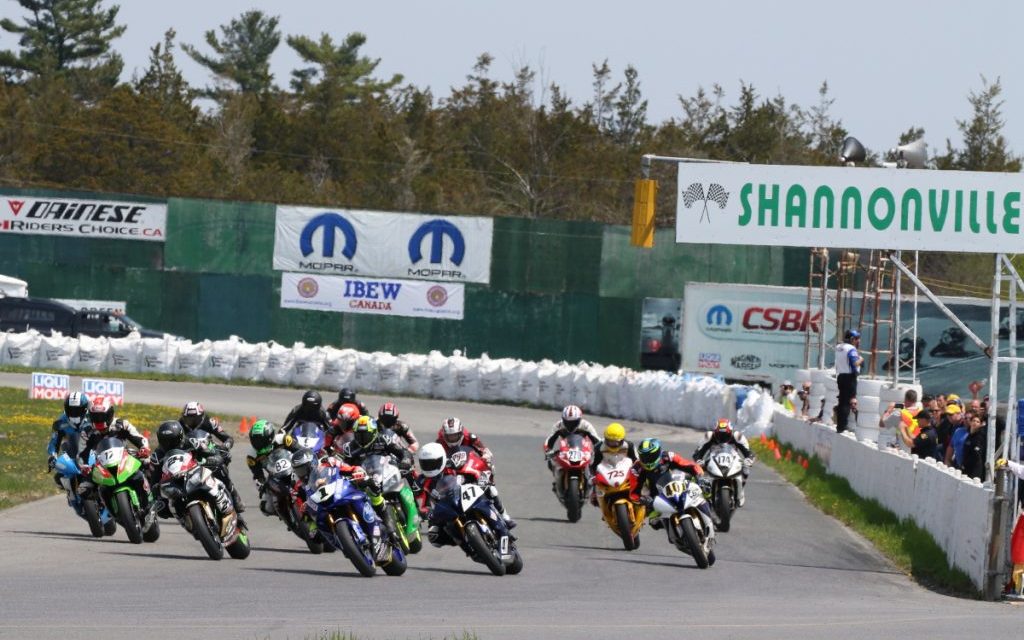 IBEW will be Start Light sponsor for remaining CSBK rounds

The International Brotherhood of Electrical Workers will be sponsoring the trackside Start Lights and Countdown Clock for the final two rounds of the 2019 Mopar CSBK Canadian National motorcycle road racing Championships, this weekend at Atlantic Motorsport Park, Nova Scotia and August 9-11 at Canadian Tire Motorsport Park in Ontario.

The International Brotherhood of Electrical Workers (IBEW) is the oldest and largest Electrical Workers union in the world, founded November 28, 1891 in St. Louis Missouri. The first IBEW Local union in Canada was chartered in 1899 in Ottawa, Ontario. The IBEW represents over 775,000 members in North America and just under 70,000 here in Canada.

Atlantic Motorsport Park opened in 1974 and this year host their 21st consecutive National Superbike event around the 11-turn, 2.56-kilometer-long venue that features the back straight’s challenging “Roller Coaster” section.  Reigning Canadian National Superbike Champ Jordan Szoke has won the past seven straight Feature races on the east coast and is looking to move up from his current second place in the overall points standings aboard his Mopar Express Lane and Blackfoot Direct-backed Kawasaki ZX-10RR Ninja race bike.

Canadian Tire Motorsport Park, originally know as Mosport Park, opened in 1962 and has hosted the very top levels of World Competition on two and four wheels.  The ten-turn venue is 3.9 kilometers in length and has a hilly layout famous for high speed challenges.  Current Mopar CSBK Championship points leader Ben Young of Collingwood, ON, won his first career Superbike round for the Scot-Built and Barrie Trim-supported BMW S1000RR at C.T.M.P. last season.

“The IBEW has been a proud part of the Canadian labor movement for over 100 years,” explains Tom Reid, International Vice President, First District, Canada.  “We have built our union on our commitment to organize and represent workers; our membership and longevity is proof of that commitment.

“Our members work, build, volunteer and play in communities all across Canada and we are proud of what they do,” continued motorcycle enthusiast Reid. “It’s not just Power Lines that keep the lights on, it’s not just Cables that keep the Communications flowing, it is people, hard-working people, our Sisters and Brothers in the IBEW.

“We enjoyed working with the entire National team at the Shannonville Motorsport Park opener in May and loved the racing action.  The CSBK Start Lights and Countdown Clock are a great fit for the IBEW.”

The CSBK tour uses a large digital Countdown Clock, easily visible from the track and pits, keeping competitors appraised of the timing for each on-track session for the five classes of National competition.  The Start Lights are a portable, F-1 style set of markers that count down to the start of each race – when all the lights go out, the race is underway.

CSBK will celebrate the 40th anniversary of street bike-based Superbike competition in Canada in 2020.