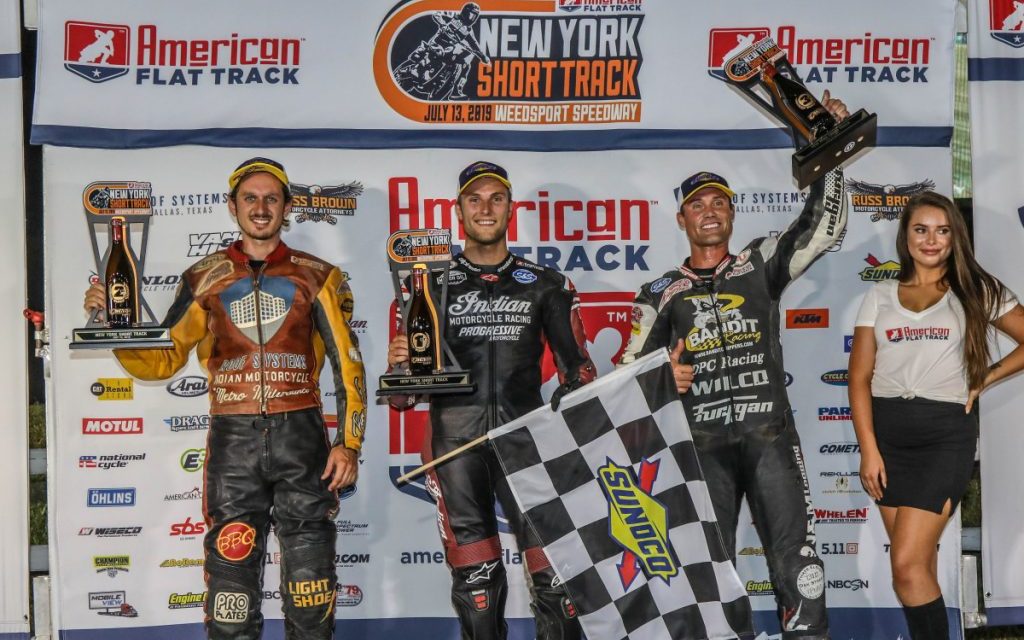 Indian Motorcycle Racing, presented by Progressive Motorcycle Insurance, and its championship-winning FTR750 continued its unbelievable season at the New York Short Track with a sweep of the top nine positions. Wrecking Crew Rider and current points leader Briar Bauman led the pack, as he earned his second win of the 2019 season. Indian Motorcycle Privateers Jeffrey Carver Jr. and Henry Wiles completed the all-FTR750 podium with second and third-place finishes, respectively.

The New York Short Track race was short and sweet, with the Main lasting less than 10 minutes, in which Bauman displayed his undisputed dominance as he held the lead for 29 of the 30 laps. Carver jumped out to take the lead in the opening lap, but Bauman quickly made a pass and didn’t look back – running a near flawless race.

“Briar is a true competitor. He came out to New York with a championship mindset to prove once again why he’s our current points leader,” said Gary Gray, Vice President – Racing, Technology & Service for Indian Motorcycle. “He’s had an incredible season so far, but with half the season remaining, and a number of talented riders competing, he knows he cannot let up if he wants to win his first Twins championship.”

The season continues next month on August 4 at the fan favorite Buffalo Chip TT in Sturgis, SD. For more information on Indian Motorcycle Racing, visit IndianMotorcycle.com and follow along on Facebook, Twitter and Instagram.