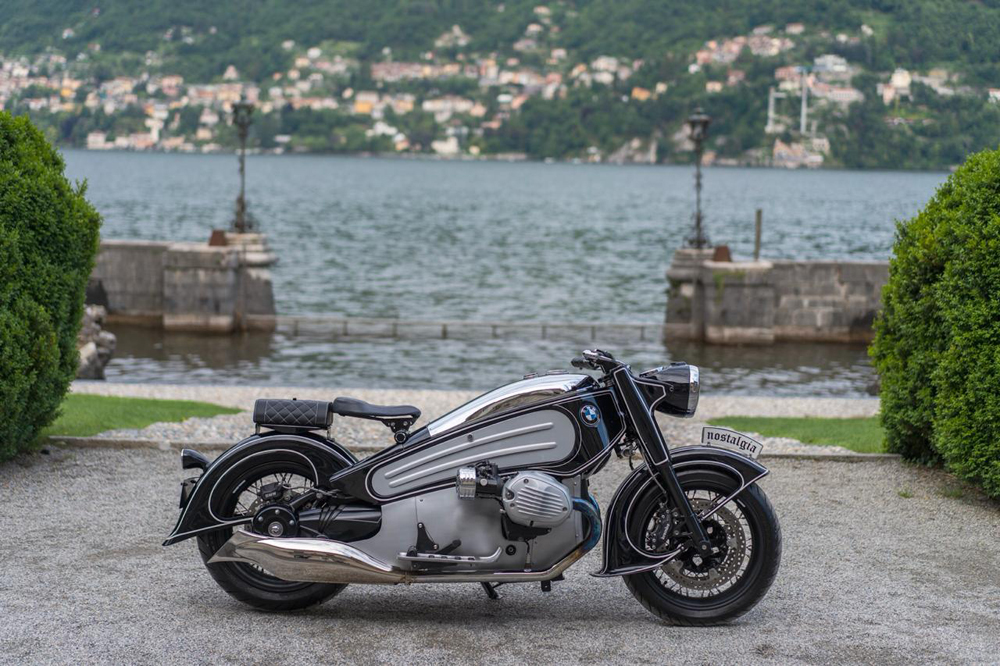 The rarest and most valuable classic cars and motorcycles on earth were celebrated last weekend at the Villa d’Este Concorso d’Eleganza in Italy. Considered by many connoisseurs as the most prestigious automotive concours in the world, the event held at the beautiful Villa d’Este and Villa Erba on the shores of Lake Como is unparalleled. And Nmoto was one of the stars.

BMW Group invited Nmoto Studio as an honored guest to display the Nostalgia alongside their incredibly rare and historic R7. Brought out from the Munich museum specially for this exclusive event, the 1934 prototype is an automotive unicorn – a one-off model created by the Bavarian firm just before World War II that was subsequently lost for nearly 70 years. Considered by many to be the motorcycle equivalent of the Mona Lisa, the R7 is the impetus and inspiration of Nmoto.

“It was a tremendous honor,” says Nmoto Studio founder Alexander Niznik. “To have the interest and approval of BMW – one of the greatest names in motor history – extend an invitation to not just attend this prestigious event but also be prominently showcased, is a compliment beyond words.”

The Villa d’Este Concorso d’Eleganza is an annual show in the tradition of the first concours d’elegance held here in 1929. Celebrating the beauty, design and lifestyle of motoring, the glamorous festival is attended by – in addition to automotive enthusiasts – celebrities, fashion scions, business moguls and industry executives.

Inspired by the original R7, the striking new Nmoto Nostalgia is based on the current, awardwinning BMW R Nine T. Consisting of 96 handcrafted parts, the sleek, streamlined motorcycle offers gorgeous Art Deco style with wholly modern performance and reliability. It’s unlike anything else on the market today and is available in a limited production series.