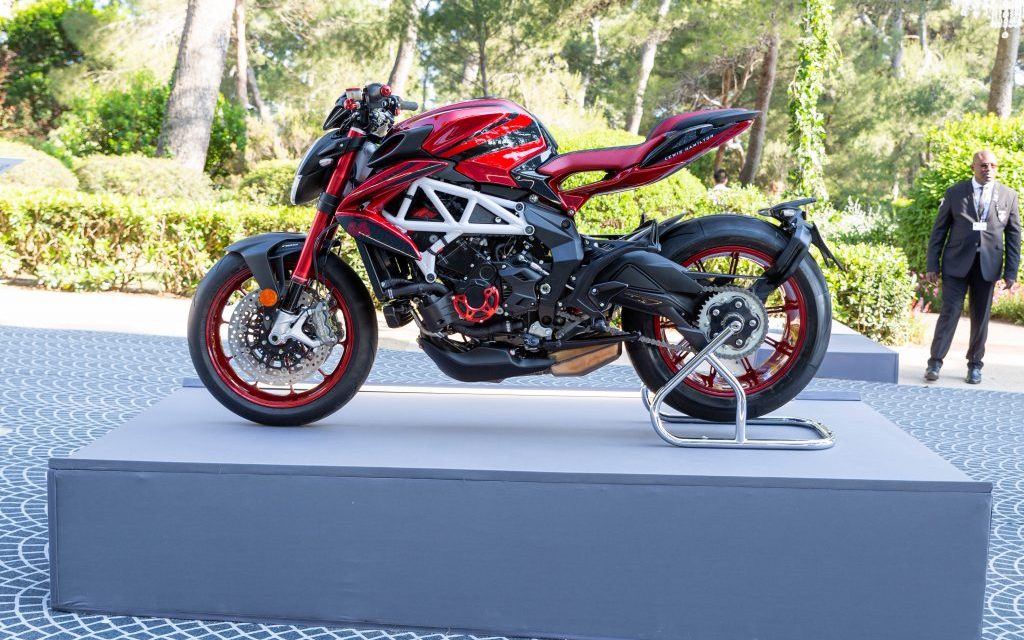 MV Agusta announces the donation of a limited edition Brutale 800 RR LH44 motorbike to amfAR, the foundation supporting AIDS research, auctioned off in Cannes at their star-studded yearly gala event, Thursday May 23rd, during the Cannes Film Festival.

The event, one of the most celebrity-dense of the entire Festival, took place at prestigious Hotel du Cap-Eden-Roc in Cap d’Antibes, and included the LH44 Brutale designed by amfAR Gala Cannes Event Chair Lewis Hamilton. Produced as a limited edition series of only 144 units, it features the British champion’s number “44”, which he ran victoriously on all Formula 1 tracks. The 140 HP, 3 inline-cylinder engine Brutale 800 LH44 is a true design icon inspired by a racetrack legend. It did very well at the auction as it reached more than six times its retail price.

Over the years, amfAR has managed to raise more than $220 Million through their yearly gala auction in Cannes, funding AIDS research around the world. The amfAR gala auction, this year in its 26th edition, is a highly anticipated event for Festival regulars and featured, in addition to MV’s Lewis Hamilton Brutale, a number of paintings, sculptures and other highly exclusive items.

Timur Sardarov said: “I am delighted MV Agusta could support amfAR in their efforts to fight AIDS. I know many of the guests who attended the event are MV fans, and some of them already are proud MV owners. The Brutale 800 RR LH44 is a rare gem, and I am proud that it contributed to help amfAR continue with the incredible work they’re doing.”