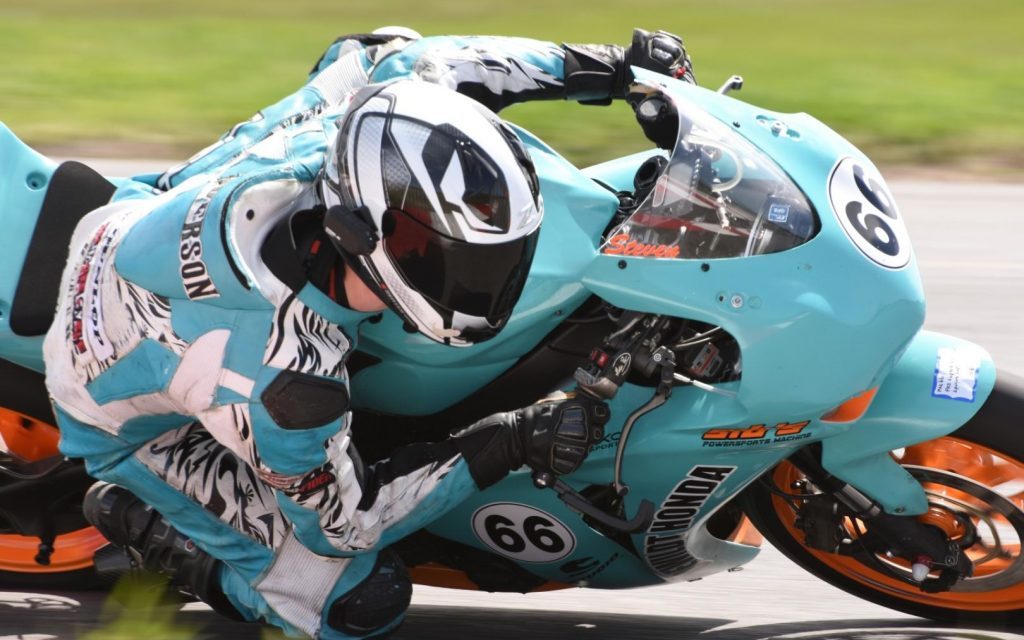 The final preseason tune-up for the Mopar Canadian Superbike Championship wrapped up in thrilling fashion on Sunday, as the RACE Superseries regional program concluded their round one action at Shannonville Motorsport Park.

With SMP set to host the National opener in just two weeks, several CSBK riders took the opportunity to get their first taste of racing in 2019, with Hamilton, ON’s Steven Nickerson leading the way.

The DeWildt Honda CBR1000RR rider finished second in the Pro Superbike feature class behind only reigning regional champion Elie Daccache, surviving a late push from Sarnia, ON’s Will Hornblower, who completed the podium aboard his Yamaha YZF-R6.

The early stages of Sunday’s Superbike race were led by Sebastien Tremblay, as the Mirabel, QC rider paced Daccache aboard his DB Moto Kawasaki ZX-10R Ninja before bowing out halfway through with a mechanical failure.

Tremblay was still able to piece together a statement victory in the Pro Sport Bike category, defeating two-time National Sport Bike champion Tomas Casas at his home track at SMP.

Casas did, however, come out on top of a terrific late-race battle for second aboard his Parts Canada Yamaha YZF-R6, as the Peterborough, ON youngster held off Hornblower in what could be a thrilling preview of what to expect when the CSBK campaign kicks off later this month.

The top Pro rookie in the Superbike class was Maple, ON’s Ivan Babic in fifth, who will look to challenge for Brooklin Cycle Racing Pro Rookie of the Year award honours aboard his Champion Cycle BMW S1000RR, though he may face stiff competition from Verdun, QC phenom Nicolas Meunier, who claimed fourth in the Sport Bike category aboard his Turcotte Performance Kawasaki ZX-6R.

The Mopar Express Lane Lightweight Production class featured arguably the most thrilling race of the weekend, as Blackstock, ON’s Ben LeClair won the Junior ranks aboard his Yamaha YZF-R3. The younger brother of last year’s champion Jake LeClair, Ben was able to make a daring last-lap pass on Bowmanville, ON’s Matthew Simpson, who led majority of the race aboard his Honda CBR500R.

The winner of the Senior category within the Lightweight class was Laval, QC’s Alex Berthiaume, as the Yamaha pilot and last year’s National runner-up edged Toronto, ON’s Jacob Black and his Kawasaki Ninja 400 machine.

Notably, the Lightweight competitors will not be split into Junior and Senior results during the CSBK season, with Berthiaume and company set to challenge their younger counterparts for the National title.

The Superbike Depot Amateur Superbike category featured a dominating win from regional rider Jordan Royds, but it was Jake LeClair who impressed the most aboard his new bLU cRU Yamaha YZF-R6 machine, finishing second after grabbing the holeshot.

Royds, meanwhile, intends to join the National ranks in 2019 aboard his Yamaha YZF-R1, and could be the preseason favourite to win the Amateur crown after his imposing round one victory on Sunday.

LeClair had less success in the TTR Ignitions Amateur Sport Bike category but was still able to secure his second podium of the day in third behind race winner Jared Walker and fellow regional rider Todd Ferguson.

With round one of the RACE Superseries now in the rear-view, all eyes will turn to the CSBK season opener on May17-19, where Lynden, ON’s Jordan Szoke will search for his record 14th National title as he returns to Kawasaki machinery.

Full results from this weekend’s regional action can be found at www.mylaps.com, while information regarding the upcoming CSBK season can be found on their official website at www.csbk.ca.