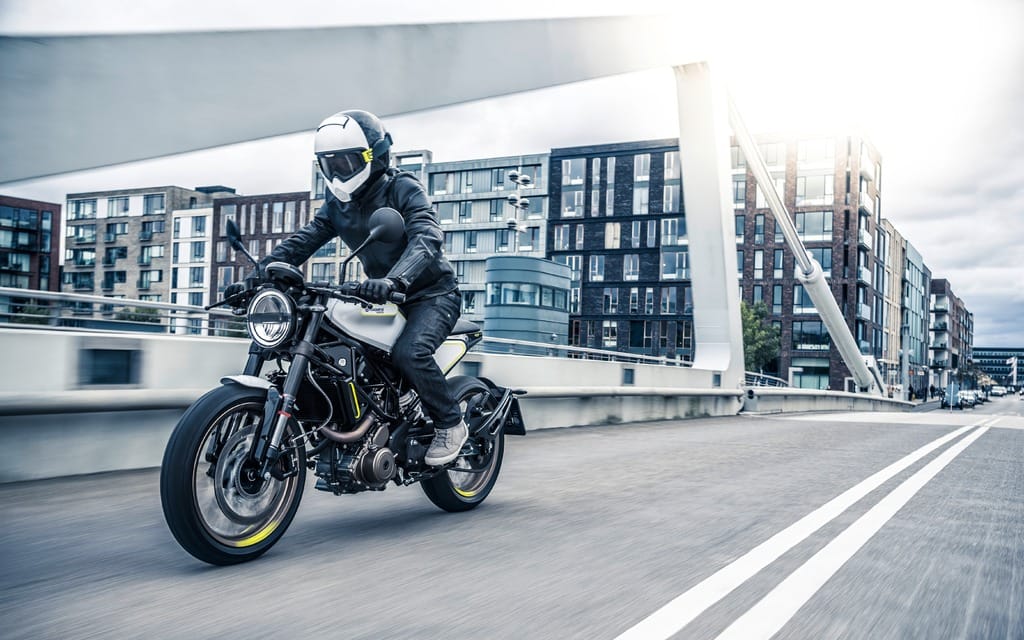 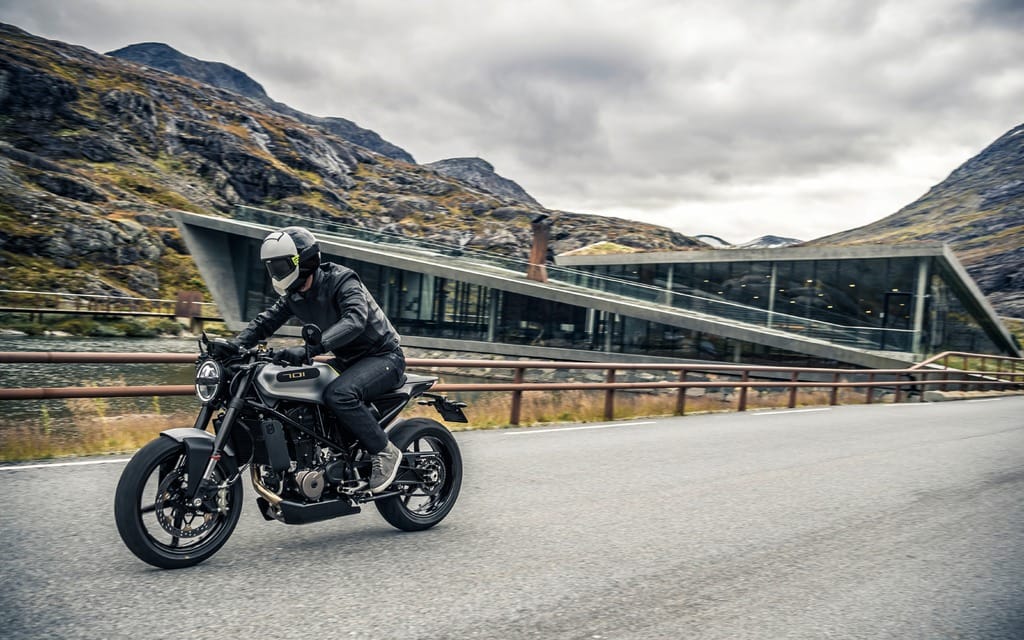 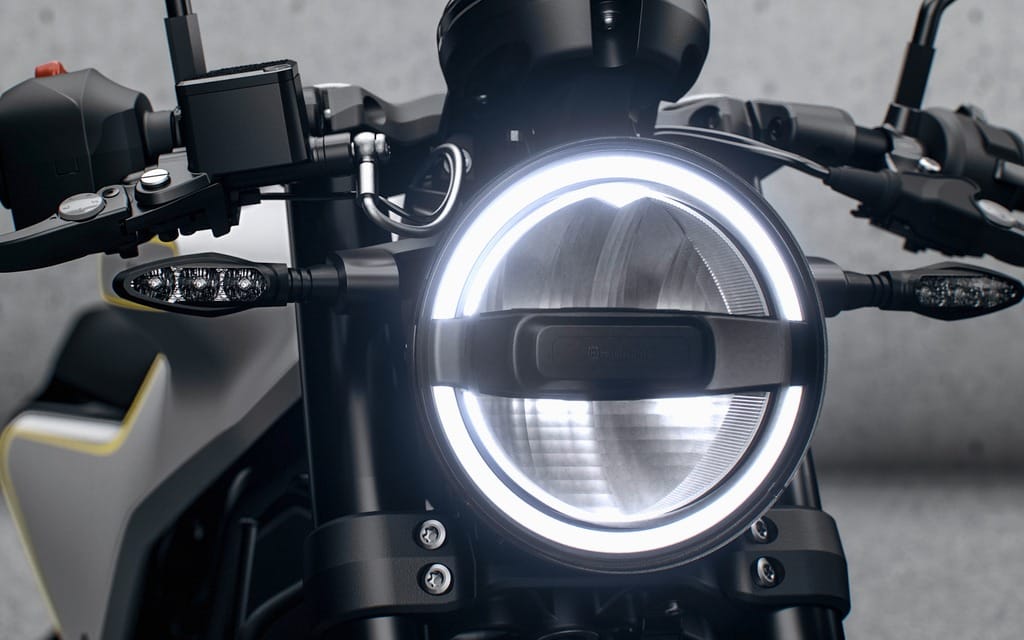 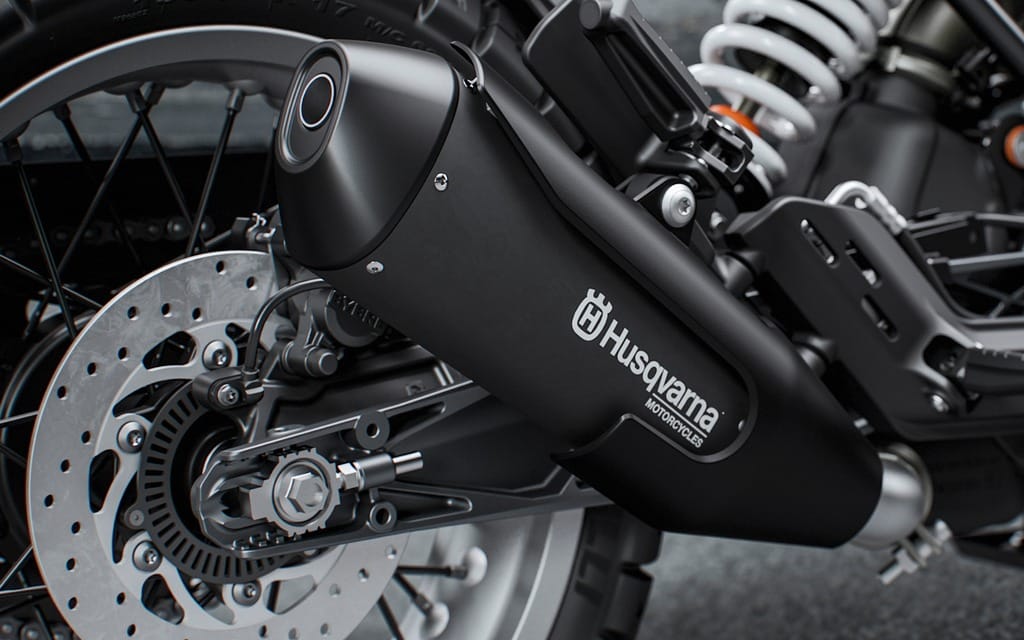 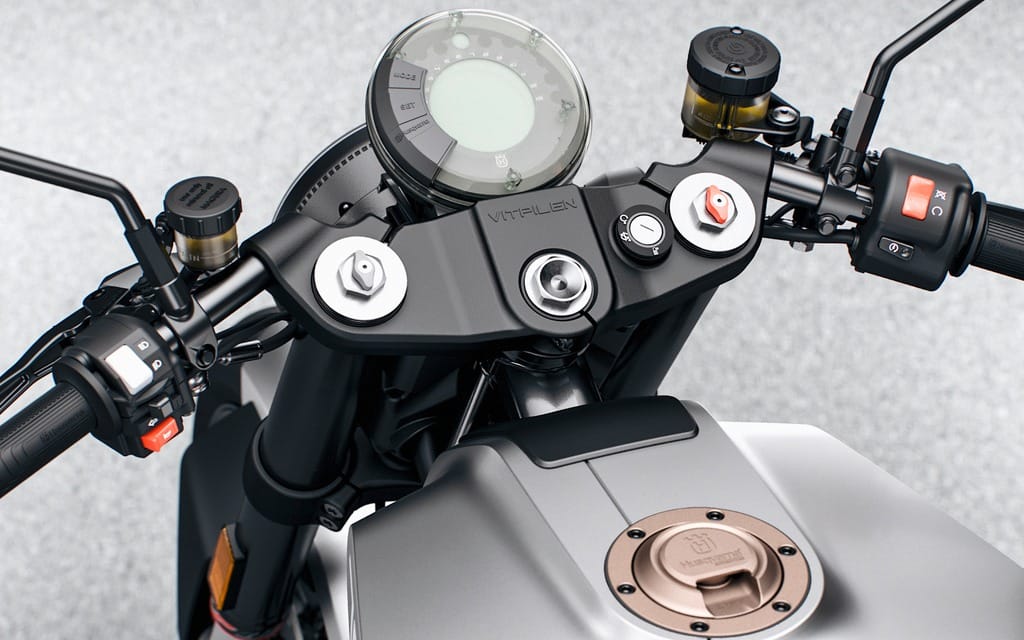 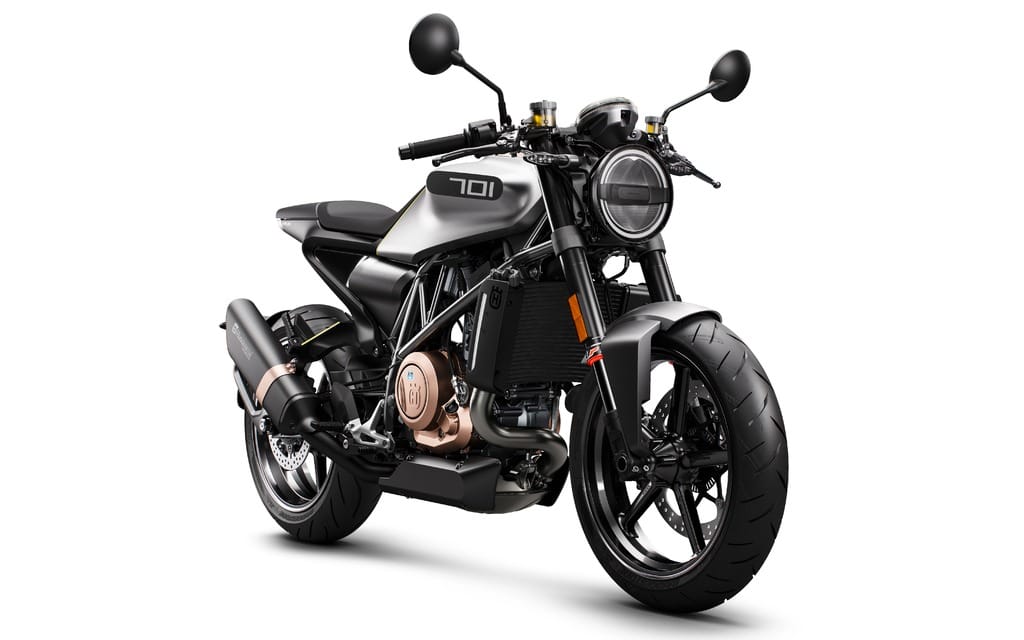 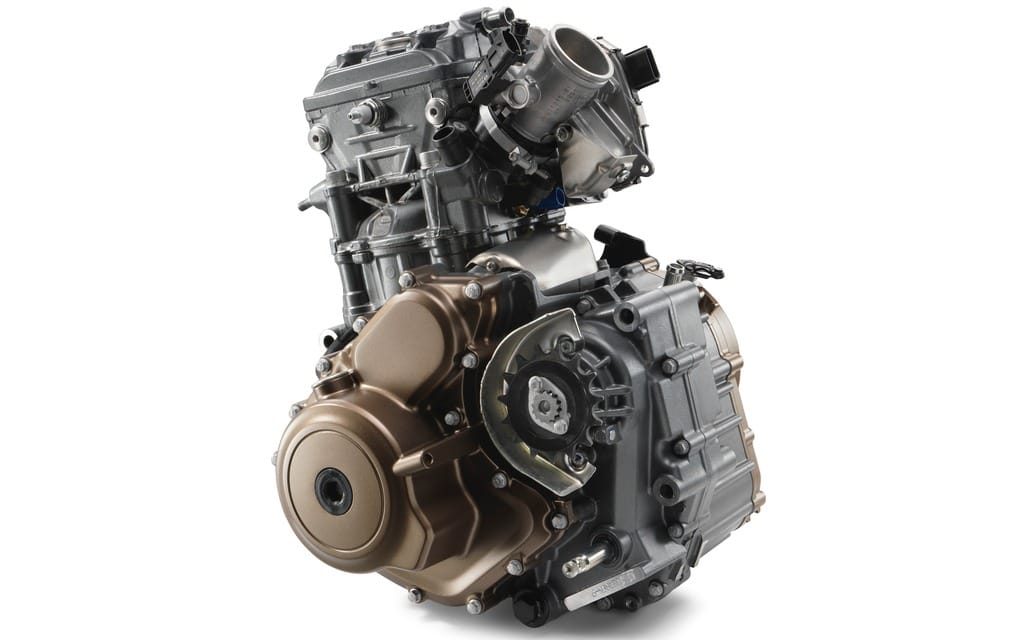 Husky’s Viptellin impossible to spell & hard to resist
“This is not the bike Steve McQueen rode,” says Maxime Thouvenin, the architect of Husqvarna’s new Vitpilen. “It’s the bike he would have wanted to ride.”

And with that pithy comment did the senior designer from Kiska, the design house responsible for many of Husky’s most dramatic motorcycles, separate the Vitpilen — and its quasi dirt bike sibling, the Svartpilen — from the rest of the resto-rods sweeping the motorcycling industry.

Indeed, despite being aimed directly at the hipster crowd, which is drawn to this walk down nostalgia lane like pigs to the proverbial feces, the Vitpilen is not a retro bike. Oh, its simplicity does harken back to a “time when motorcycles were more pure,” says Thouvenin and yes, Steve McQueen did ride a Husky — famously shirtless — in Bruce Brown’s iconic On Any Sunday, but the Vitpilen is homage to neither that bike nor, truth be told, that man.

Rather, as Thouvenin, puts it, this is the “elemental motorcycle of the ’70s modernized.” Just as the modern cruiser is — admittedly somewhat bloated — based on the stripped-to-the-core bobber of yesteryear, so to is the Vitpilen beholden to bikes of the past.

But, unlike the pure resto-rods sold by Triumph and BMW — the Bobber and Speedmaster from the former, the entire family of R nineTs from the latter — which based their homage purely on copying styling cues from the ‘60s and ’70s, the Vitpilens actually emulate the essence of the café racers of yore and are quite literally stripped to the core.

But succeed he did. For one thing Vitpilens are resolutely single cylinder. For the 401, that means the 395 cc double overhead cam affair liberated from KTM’s RC390. Likewise, the 701 is powered by a tuned version of KTM’s 693 cc single overhead cam single.

For another, that minimalist approach has resulted in the 701 having a dry weight of just 157 kilograms. The 401 is even lighter at 148 kg. For perspective, that last is less than four kilos more than Honda’s much anticipated CRF250L Rallye and that bike has nowhere near the 43 horsepower the Vitpilen 401 boasts. Likewise, with 75 horsepower motivating just 346 pounds, the 701’s power-to-weight ratio is nothing to sneeze at, exactly, in case you’ve forgotten, the original purpose of those café racers we all like to remember so fondly.

As to Thouvenin’s presumption that McQueen would have approved of the new Huskys, certainly he would have appreciated the running gear. Both are mated to White Power suspension — 43 millimetre inverted fork up front; monoshock in the rear — as well as radially-disposed, four-piston calipers and 320 mm discs up front. ABS is standard on both models and no doubt Frank Bullitt would have appreciated such modernities as the completely digital instrument display and the industrial-designed gas tank. Ditto the electronic fuel injection that guarantees the crisp throttle response the “King of Cool” spent his whole life worshipping.

Marrying said modernity with the stylistic minimalism, however, was Thouvenin’s hardest job. Indeed, the designer says the most difficult task for his design team — and the engineers at Husqvarna — was integrating all those modernisms (electronic fuel injection, ABS, etc.) without losing its minimalistic motif. So, while I — and, I am guessing if you are old enough, you too — see a little bit of Craig Vetter’s famous X-75 Triumph Hurricane in the Vitpilen’s seat/gas tank combination, the new Vitpilen is truly a unique motorcycle.

The only fly in Husky’s ointment is pricing. While the 401 seems a veritable bargain at $6,999, the 701’s $13,399 MSRP seems more than a tad inflated. Yes the suspension, brakes and engine are substantially upgraded — adjustable fork and rear shock for the 701 as well as Brembo calipers rather than lesser ByBre items on the 401 — but 13 large seems a little much. That has the bigger Vitpilen going go head-to-head with Triumph’s Street Triple and BMW’s R nineT Scrambler (to name but a few) with just a singular piston. So, while I suspect the 401 will be a runaway hit as soon as it reaches dealerships in late spring, the 701 is going to face more of a headwind. That said, it doesn’t take much of an imagination to see Thouvenin’s spartan minimalism married to one of KTM’s 1050 or, God save us all, 1301 cc V-twin powerhouses.

Wonky pricing aside, the Vitpilens truly are a sensation, their Back to the Future inspiration attracting boomers, beginners and hipsters alike. We’ll be riding them in the next month or so. If their performance matches their looks, we’re all in for a ride.