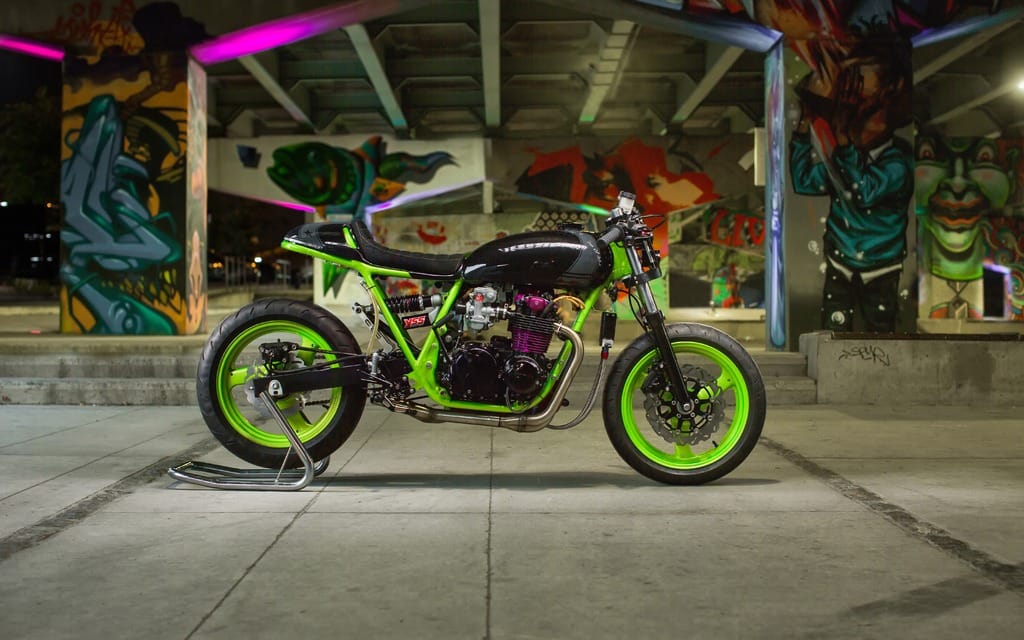 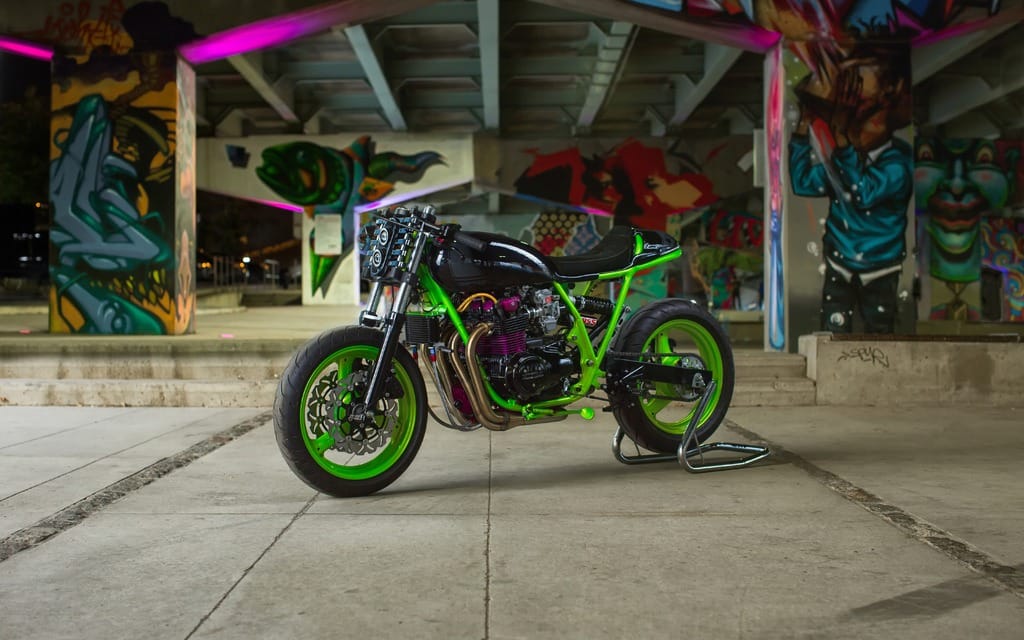 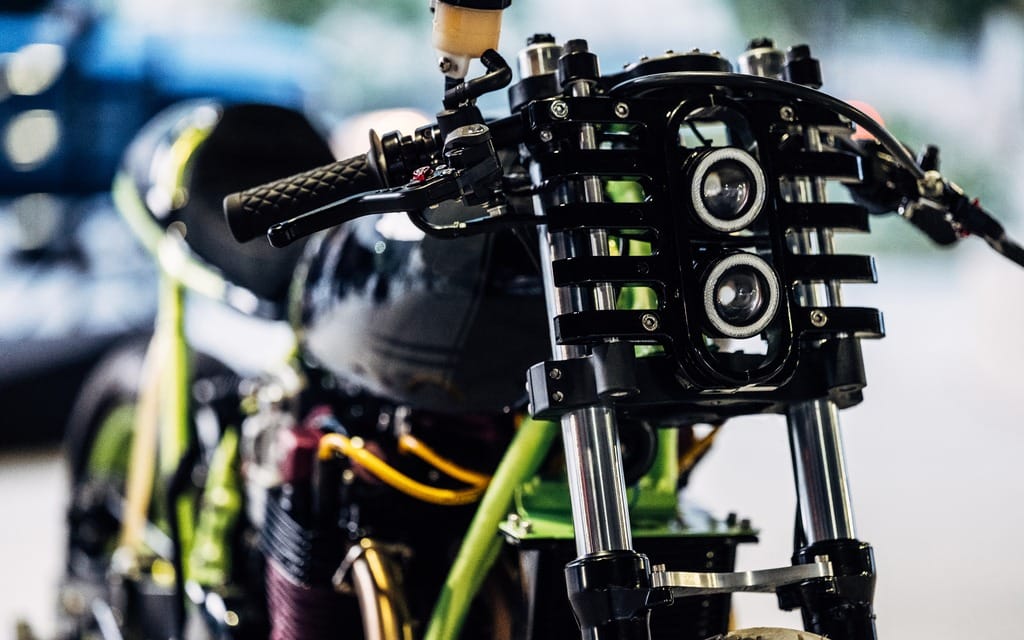 A CB GSX for the ages

Hamilton shop makes a standout custom from a standby Honda
By L. Ramalho

If there’s one thing that can be said about Honda’s 1970s SOHC platform, it’s that it has stood the test of time. The recent resurgence in the popularity of the CB550 over the past years has seen many modifications and customizations, from café racers to brats, trackers and scramblers. In this sea of custom-built Hondas, it’s difficult to build one that stands apart from the rest. Enter Mick Ackermann of ACP Customs and Mick Ackermann Designs (M.A.D). Mick decided to do something that would demand attention for their latest custom build. “We wanted to create a more modern looking frame with a suspension to match and finish it in a glow-in-the-dark powdercoat that would make the motorcycle stand out,” he remembers.

The frame mods are extensive, starting with the traditional modification for a café-racer build, a de-tabbed frame and a café-racer frame hoop. “We welded in one of our M.A.D café racer frame hoops in the usual rear frame section, adding stability to the rear end, but we didn’t stop there. We went a bit further and spliced in another two hoops, creating a sort of exoskeleton appearance for the back end.” Once the modifications were made, the frame was powdercoated using a three-stage powdercoating process: chrome, followed by lime green and a clear coat that will allow the frame and rims to glow in the dark. It’s that florescent lime green colour that developed the name for this build: the Limey.

The seat cowl was hand made of fibreglass to expose the exoskeleton rear frame. The seat was wrapped in alcantara by Mike’s Upholstery in Hamilton. The paint is intentionally subtle, given the colours of the frame and engine; the tank and seat cowl were finished in black with dark grey graphics by Blackwidow Custom Paint in Guelph.

Not all the modification made to ACP’s CB550 were purely aesthetic. The re-configured rear shocks are perhaps one of the most eye-catching modifications made to the bike. Mick used dual reservoir shocks from YSS Suspension, along with custom CNC machined linkages and a heavily modified GSX600F swingarm. “This was a complex modification; the spring rate and preload took a bit of trial and error to get right even though the new geometry of the shock placement was thoroughly planned.” The result is a strong upgrade with fully adjustable shocks to suit an infinite number of rider preferences.

The front suspension is also from a Suzuki GSX600F, but it was far from a bolt-on fitment. Custom triple-trees were needed and designed by Mick to house the Motogadget Tiny gauge. “On this build we integrated the triple trees with the gauge mount and headlight to become one modular piece.” The billet-aluminum headlight is mounted using the triple tree, and features dual projector LEDs.

The mid-sized 550 cc engine has been bored out to 600 cc and then a more aggressive cam was added for good measure. In-house powdercoating of the engine in matte purple and gloss black certainly help the motor stand out. The performance upgrades don’t stop with internals, however. New Dyna coils and ignition system, along with a custom wiring harness and Motogadget m-Unit all provided a much-needed upgrade to the 1970s technology. Running a set of Keihin CR 29 carburetors with the Canadian-made Hindle headers, the Limey definitely has been elevated from the original machine of the ’70s.

In keeping with all of the builds we have seen from Mick, all custom parts were either hand-made or CAD designed by Mick and CNC milled in their Hamilton shop. “We are expanding our operations to not only make one-off custom parts for our motorcycle builds, but we are also retailing custom parts so others can make their own custom motorcycles. We are looking forward to fellow enthusiasts and builders getting M.A.D parts.” Big things seem to be happening in this Hamilton shop.