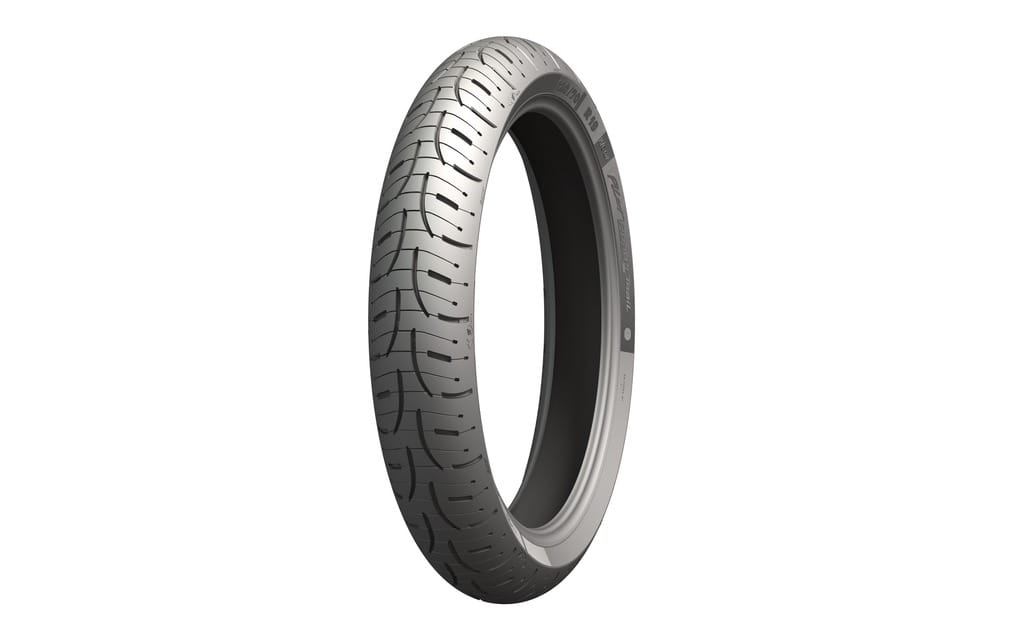 Pilot 4 tires stand out from the crowd
I hate doing tire tests. Unless you can serve up the competition back-to-back on similar days, on similar motorcycles and on similar roads, it’s almost impossible to tell the difference between modern motorcycle tires.

The fact that I’m writing a product review on Michelin’s Pilot Road 4 Trails, then, should be taken as testament that, in a virtual sea of black rubber that is the choice of motorcycle tires these days, they really did stand out from the crowd.

First off, it should be noted that the Pilot 4 is not just a tire but a family of tires — and more about why this is important in a minute — available in standard, GT, and Trail varieties. This last, its name announcing its intent, is meant for adventure touring bikes — like my ancient Suzuki V-Strom — and for riders (like me) who never plan on going off-road. They are, in essence, street tires in dirt-bike-tire sizes.

Seemingly oddball marketing aside, these are truly incredible tires. The superlatives check off all the requisite check marks in the tire performance criteria. Dry grip? More than almost any adventure rider will ever use. Wet road traction? More than anything else I’ve tried, even the old Avon Storms I used to swear by. Stability? Just plain exemplary. But the best attribute of the Pilot 4 Trails is their neutral handling, neither standing up when braking hard for a corner nor flopping like a fish at low speeds as so many poorly tired adventure bikes do.

And they do this all while offering stupendous mileage. I’ve put 7,000 klicks on my second set this summer and the rear looks like it’s about halfway through its useful tread life while the front should be good for about 20,000 kilometres in all.

But wait, as Ron Popeil used to say, there’s more. Because it’s part of that family of tires I mentioned before, it turns out that one of the most common rear sizes — my Suzuki’s 150/70?17 — is also available in standard format. What makes that interesting is that, while the Trail’s rear uses a medium (centre) and soft (side) 2CT dual compound tread, the base Pilot 4 gets a hard centre and medium shoulder combination. Outfitted with a Pilot 4 Trail in front and a Pilot 4 GT in the rear, the rear tire now wore at pretty much the same rate as the front which meant that I could forgo one of my pet peeves of motorcycle maintenance — trying to decide to go with a brand new rear tire mated to a semi-worn front or replacing the front tire before its time so I can get the balanced handling of two new tires. Mixing and matching the Trail and GT solved that problem quite nicely indeed and, outwardly at least, the tread pattern is the same.