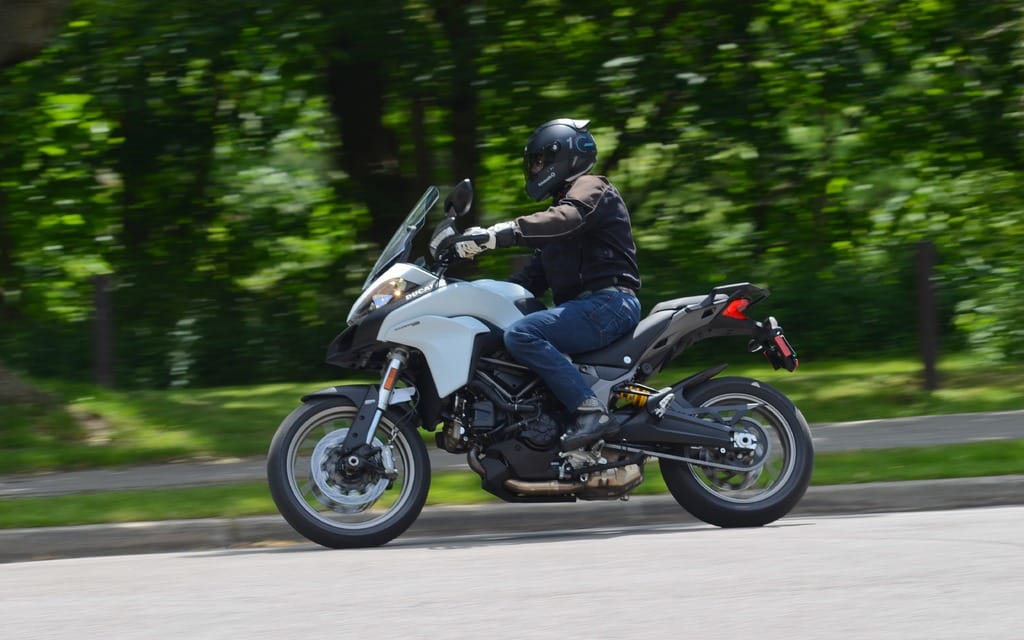 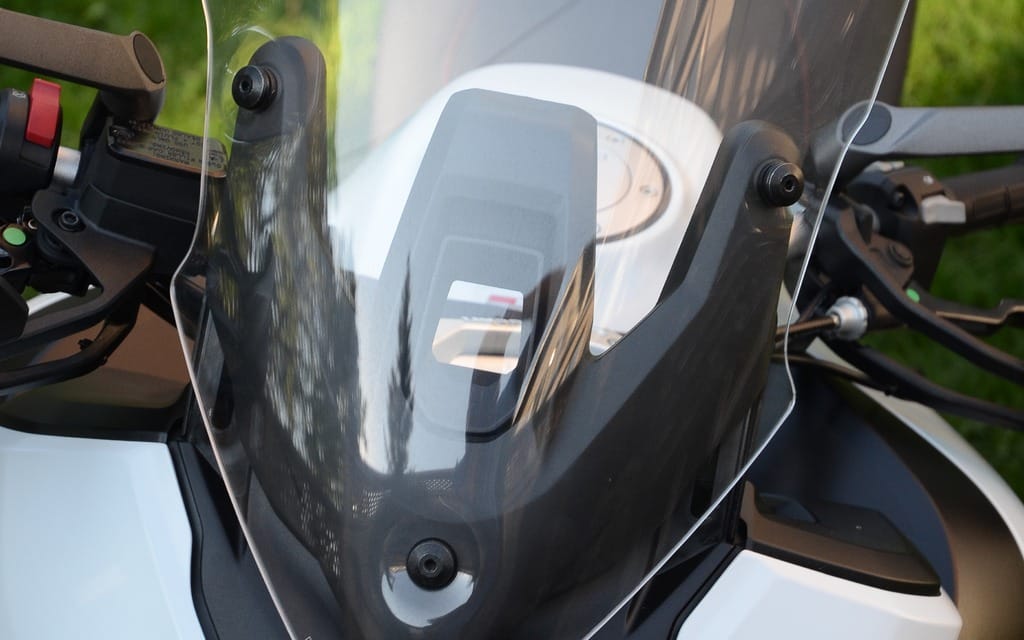 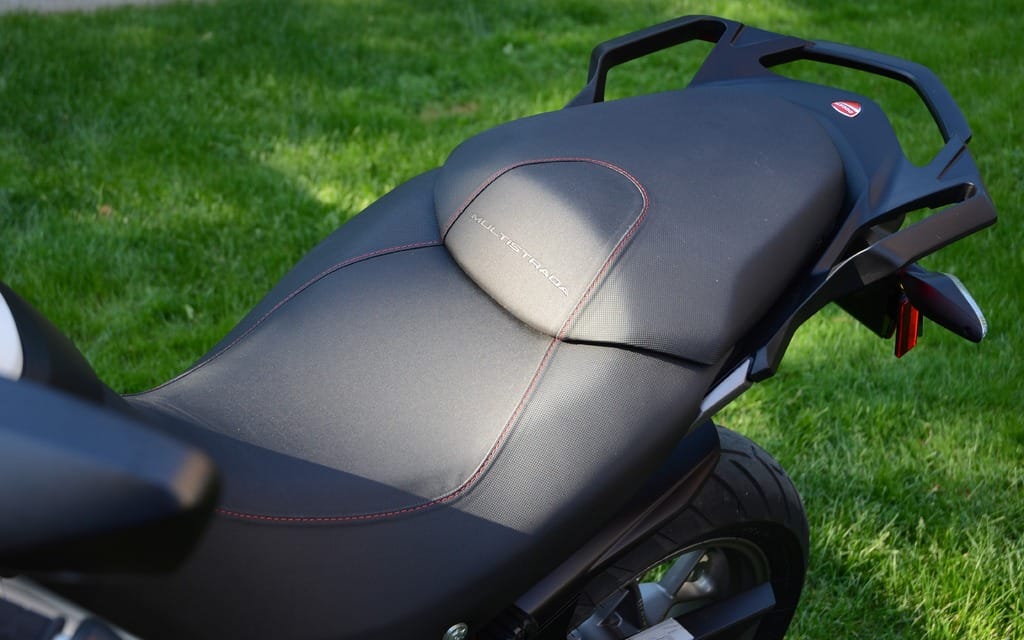 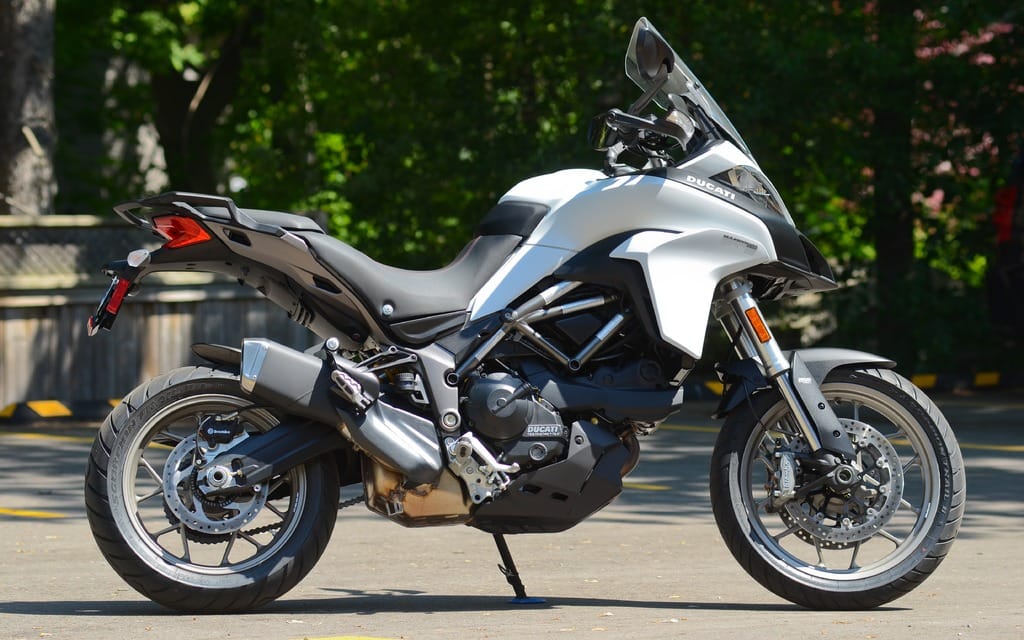 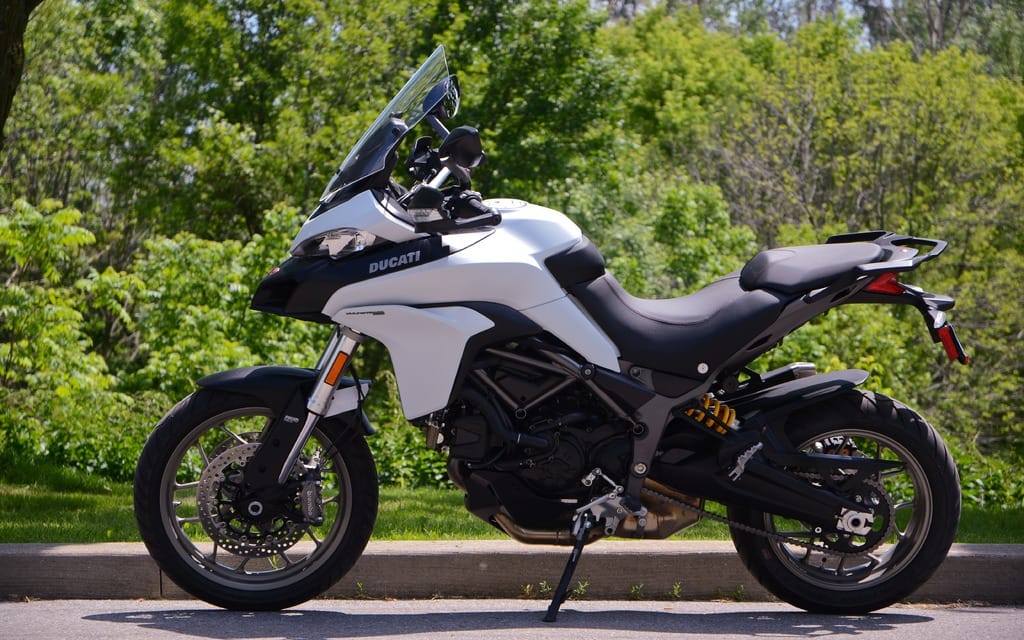 At 937 cc it’s about two pints, actually, but Ducati’s littler ADV packs a lot of goodness into its punch
Ever since Ducati upgraded its adventure-style Multistrada with a 1200 cc Testastretta 11° engine in 2010, we’ve been hoping for something a little smaller, a little lighter, a little less adventurous, even — and a lot cheaper. There’s nothing wrong with the 1200, but it’s expensive, the base model 2017 Multistrada 1200 retailing for $20,195 (there are five Multistrada 1200 models) and the top-of-the-line Pikes Peak going for (gulp!) nearly six thousand dollars more. Also, with a claimed 160 horsepower, it’s pretty powerful, maybe more so than we need (more than we want is, of course, not practically possible). For a few dollars less, we could live with less power, and at $15,000 Cdn, the Mulstrada 950 gives us exactly that. And less.

The smaller Multistrada is powered by a 937 cc Testastretta 11° V-twin that pumps out a claimed 113 hp at 9,000 rpm and 71 lb-ft of torque at 7,750 rpm. It’s a pretty sweet engine: a seat-of-the-pants impression uses words like muscular and quick. It’s got snap, that is, and a sudden twist of the wrist in first gear will loft the 19-inch front wheel. That’s not unusual in a modern 900 cc motorcycle with any kind of sporting pretensions, but it tells us that Ducati has not failed to observe the importance of readily available power in its little brother Multistrada.

At 206 kilograms dry, the smaller Multistrada is not a lightweight bike, and with a seat height of 840 millimetres it’s no shorty, either, but once underway the 950 feels light and nimble, even with its large 19-inch front wheel (the standard Multistrada 1200 uses a 17-inch front wheel, though the 1200 Enduro is fitted with a 19-inch hoop). Our shorter riders found its seat height slightly intimidating, but they find everything intimidating, and at any rate they quickly adapted to it, feeling comfortable in the saddle while doing things like U-turns. It’s a one-foot-down motorcycle for riders under six feet tall, but it’s an easy bike to get used to, despite its relatively high seat height.

One of the advantages of a reduction in engine size is that the motorcycle demands less from the rider. The 937 cc twin is free revving and accelerates very quickly, but its power output, while thrilling, is manageable and never overwhelming in the way a larger, more powerful motorcycle can sometimes be. At speed the engine emits a nice raspy sound, though it chugs a bit at low speed. It likes to spin, but it’s not buzzy, and the slightly higher rpm does not feel busy when you’re blasting down a highway.

When costs are cut, items are taken off the menu, of course, and the 950 does without some of the electronic aids and high-quality fitments of its larger brothers, though it does not feel cheap or under-equipped. The front brake, for instance, is fitted with two radially mounted Brembo Monobloc four-piston callipers and ABS is standard as part of the Ducati Safety Pack, which brings in traction control as well as anti-skid. The ABS is a good thing because that front brake is a little grabby, and inexperienced riders could find themselves in trouble on wet roads were it not for the antiskid function. It’s not a bad brake at all, just a little anxious. The rear brake pedal is a bit too low for well-modulated use, but then, it’s a rear brake, if you want finesse, go to France.

There are four Riding Modes (Sport, Touring, Urban, and Enduro) and the ABS and traction control settings are customized for each mode. The fork is a 48 mm KYB unit, upside-down, and the rear shock is a Sachs monoshock — there’s none of the Öhlins and “Skyhook” suspension that decorates some other Multistradas, but it’s well-sorted and smooths out pavement ripples nicely, though you wouldn’t want to take this Multistrada far off the road, even with its larger front wheel — it’s a pavement-oriented ADV bike, which makes sense given the literal meaning of “multistrada.”

If we have any gripes with the 950, they are few, and minor. The clutch lever pull is a little too firm for situations where stops (for red lights, for instance) are frequent. It could be lighter, too; it’s a bit of a handful to manoeuvre around on foot and it’s less than 10 kilos below the 1200’s weight; you’re giving up about 1/3 of the power and only losing 1/30th of the weight. And the seat, while broad enough, is a little firm. But that’s peanuts. The Multistrada 950 gives you a useful power range, Brembos, decent suspension, and a comfortably upright seating position for a little more than $15,000, and it strikes us as a bike that an owner could remain happy with for many years. It wouldn’t be out of the question to consider riding one from the eastern seaboard to the west coast and back and with available hard bags it would make a decent long-distance traveller. What we noticed first about the Ducati Multistrada 950 remains what we noticed last, however: that engine is a wonderful piece of technology. It sounds subdued and muscular at idle but produces a nice rip when the throttle is opened, and the Multistrada will surge convincingly when the throttle is opened in any gear. There was a time when a motorcycle that made 100 hp was stunning news. That time is well in the past, and it’s common for a motorcycle to make much more power than that in 2017. But it’s often been said that numbers alone don’t tell the whole story. The Ducati Multistrada 950 may make middle-of-the-range horsepower, but when it’s applied through the seat of the pants, there’s nothing moderate about it. It feels like a very capable, very exciting motorcycle, like a middleweight sportbike dressed up as an adventure model, and that’s exactly what it is.