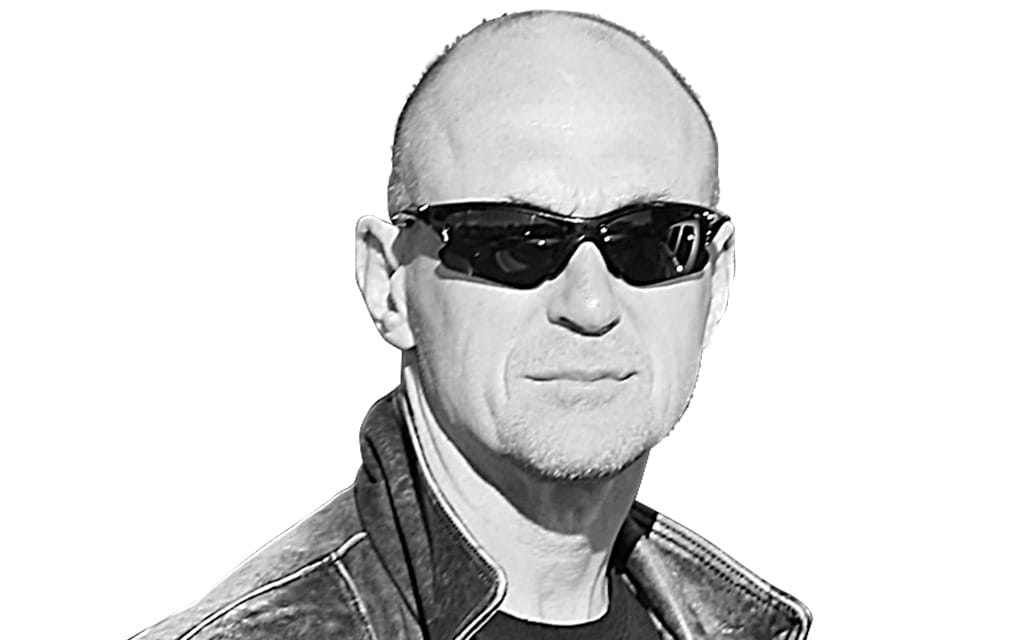 We motorcyclists are a conservative lot. Because our motorcycles are so blindingly fast — a used CBR600 can smoke most megabuck supercars in a drag race — we convince ourselves that they are also technologically advanced, but nothing could be further from the truth.

Indeed, we seem to revel in persevering with archaic front forks, air bags, which have transformed automotive safety, have found no home in motorcycling, and even ABS technology, now common, was initially received with a decade of consumer rejection.

Nor is this conservatism reserved for our engineering. Retro-styled cruisers remain the mainstay of the motorcycling market and the fastest-growing segment for the last three years are bikes (Triumph’s Bonneville Bobber and BMW’s lineup of R nineTs) based on designs that our fathers — and, in the case of the young hipsters flocking to them, their grandfathers — rode half a century ago. No, we are a hoary old lot, comfortable with what we know and threatened by the unfamiliar.

Which leads me to ponder the future of Honda’s new dual clutch transmission. They’re now mainstream in the auto industry, but Honda’s push into DCTs — besides the Africa Twin, dual-clutch trannies can be found on the budget-minded NC750 and the over-the-top VFR1200X — seems awfully lonely, manuals accounting for 99.99 percent of motorcycle transmissions (as opposed to the barely four percent of North American automobiles that still come with a stick).

What’s ironic is that, as Cycle Canada has discussed before, Honda’s DCT is a manual transmission. Automated it may be, automatic it is not. Inside those shifter lever-less crankcases are the standard gears, shift forks and even clutches any backyard mechanic would recognize. The main difference, as we’ve discussed before, is that there are actually two clutches and a bunch of computer controlled hardware that takes the place of the rider’s left hand and foot. There’s nary a torque convertor nor a planetary gear to be found.

The trick to a DCT is that 1st, 3rd and 5th gears operate through one clutch while 2nd, 4th and 6th work through the second. Essentially what happens is that when you’re riding around in first gear, second gear is already pre-selected but its clutch is disengaged. If the computer calls for a switch — or you toggle one of the left handlebar switches calling for a “manual” shift — the second clutch slams home while the first opens up. As you can imagine that’s a much faster process than the pulling of clutch lever and manually engaging/disengaging gears, the reason why virtually all of the world’s fastest supercars now use dual clutch trannies.

In the real-world, the DCT works pretty much as advertised. There are two selections — Drive and Sport — in automatic mode, the former holding gears longer and shifting quicker than the latter. To be truthful, I tried Sport once for evaluation purposes and then left the Africa Twin in Drive the rest of the time, the 998 cc parallel twin’s abundant low-end torque allowing short-shifting. And, even in Drive, if you gas it up the big twin will spin up to its (relatively conservative) 8,000 rpm redline so max power is always available.

If you want to shift manually, it’s a simple matter of two toggles on the left handlebar — the one on the near side of the switch housing to downshift, the one on the forward side to gear up — that are relatively easy to operate. That said, the latest addition to the CRF1000’s accessory list is a DCT Pedal Shift kit, which installs a traditional shift lever so everything feels normal — except, of course, for the need to pull in a clutch lever — when you do decide to go manual.

And, indeed, it would prove a great boon. One of the nice things about these new fangled trannies is that they can seamlessly switch between automatic and manual modes. So, it’s easy to temporarily override the computers — to downshift for a sharp hairpin, for instance — and then to have the transmission quickly return to shifting automatically. Of course, there is a purely manual mode that will not, on pain of over-rev, shift itself. In other words, Honda’s DCT — especially with that aforementioned optional shift lever — is a pretty clever combination of new and old technologies.

Most surprising, though, is how quickly one acclimatizes to going clutch-less. That’s because shifts are crisp and, for the most part, intuitive (early automotive DCTs drove customers nuts because of unexpected shifting points). Even the over-ride feature I mentioned earlier worked marvelously; even after multiple manual gear changes, the computer would return to automatic mode within five seconds. Within a couple of days, I was finding the Africa Twin’s DCT an almost perfect combination of manual and automatic.

Foibles are few. In fact, my major complaint is that when you’re at a stoplight (when you’d normally have the clutch pulled in) if you blip the throttle, the Africa Twin will (unexpectedly) jump forward a few feet. It can be a little disconcerting for the rider, but positively frightening for a passenger if the bike doesn’t have a backrest, even more since passengers generally relax their grip at stoplights.

Nonetheless, in this latest guise, Honda’s DCT is almost perfectly automated for the road. And it’s particularly useful off-road, its clutch-less operation just one less thing to worry about when you’re trying to gun a big adventure bike up a rock-strewn slope or crawling along a slimy river bed. Were I buying an Africa Twin, I would definitely opt for the DCT version. More importantly, were I shopping for a big adventure bike, the availability of its clutch-less trannie might be enough to convert me to Honda.