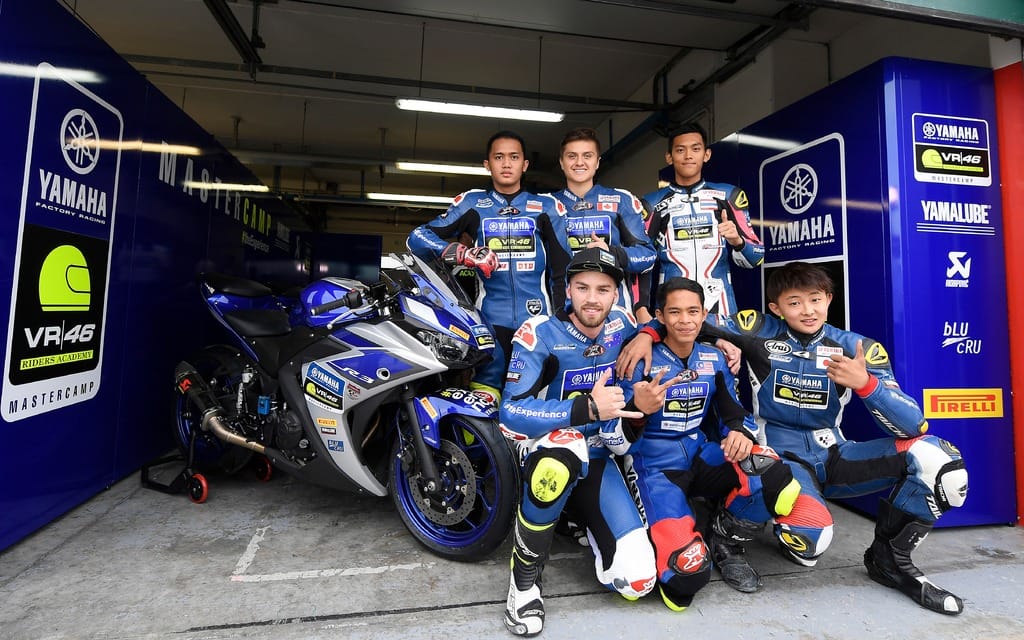 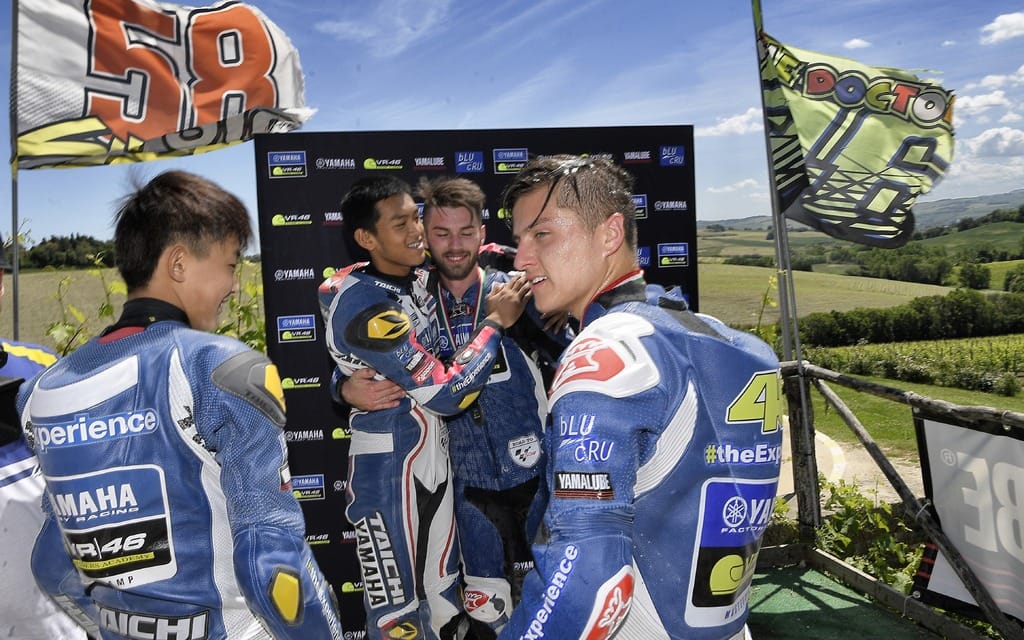 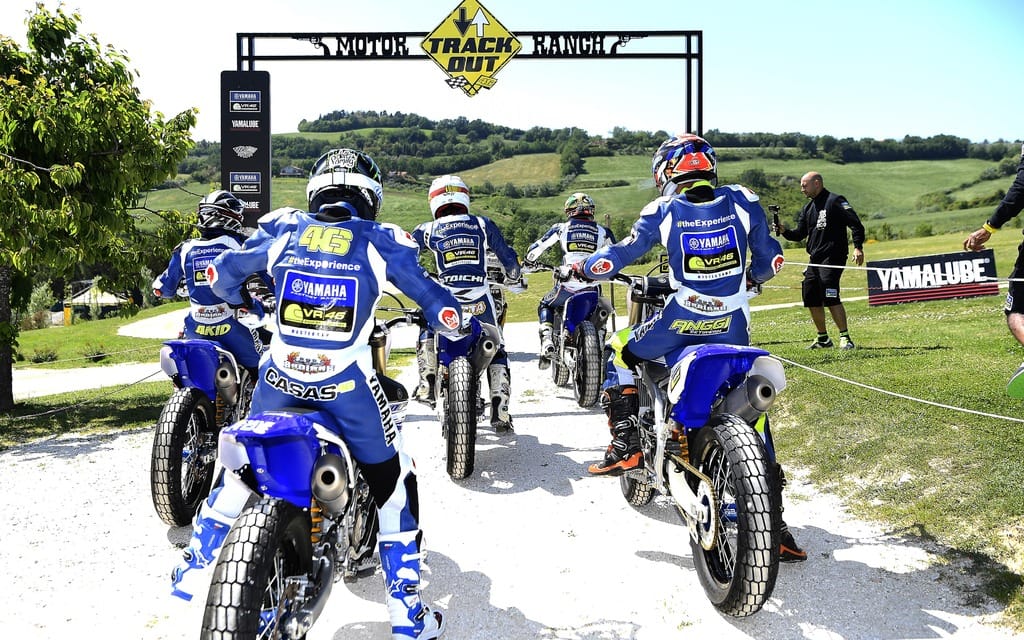 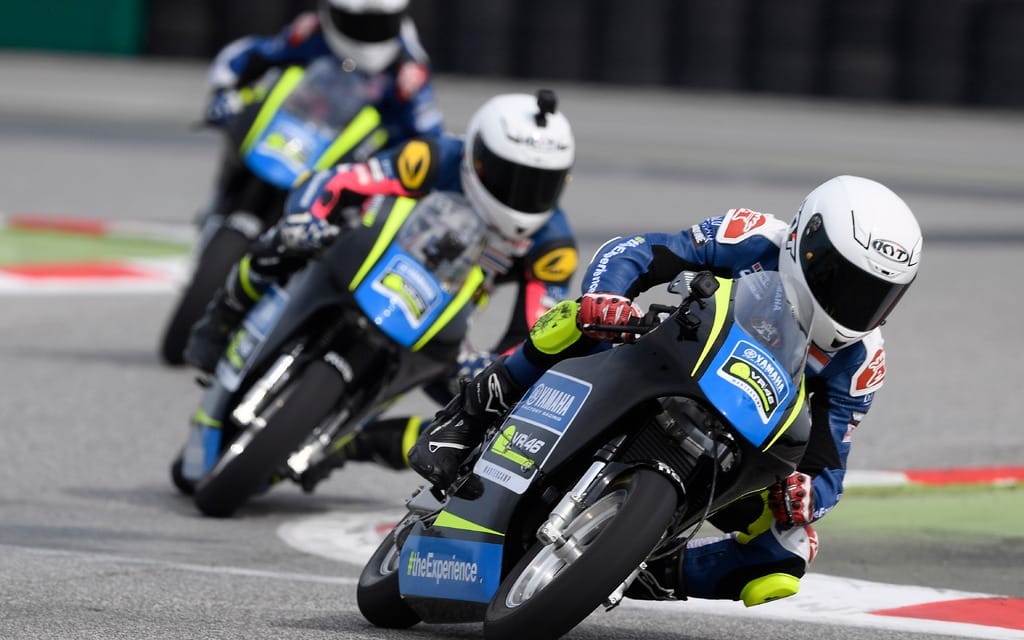 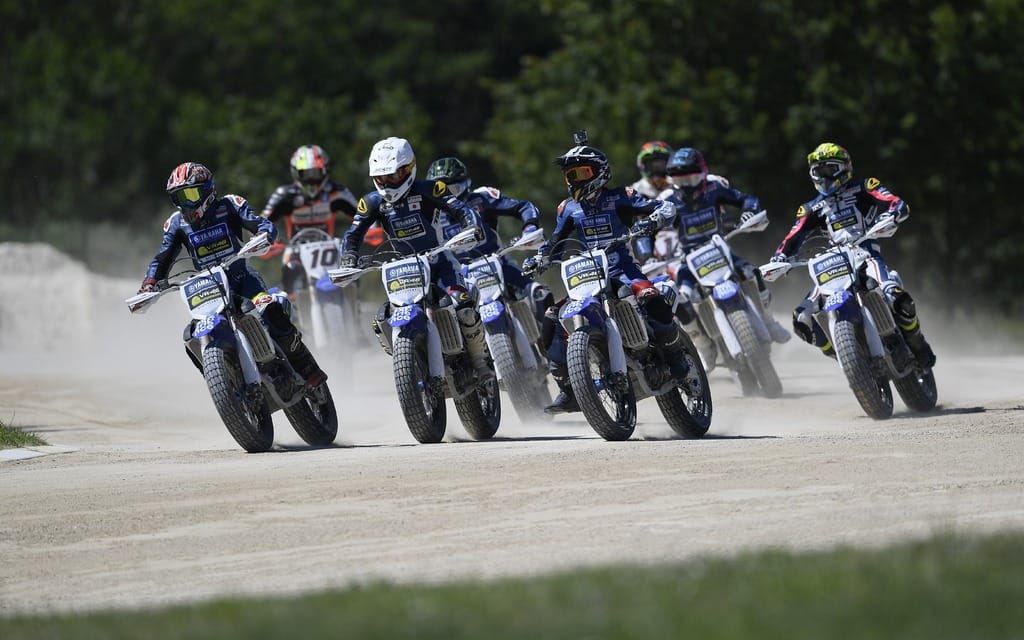 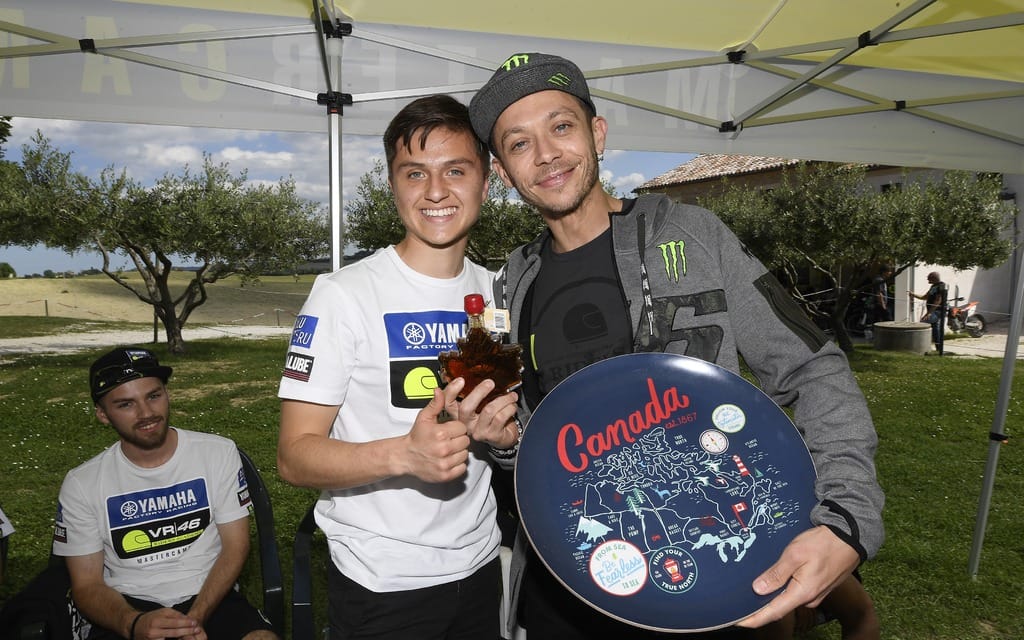 Less that a month before the start of the third VR46 Master Camp in Italy, the thought of celebrating his birthday at Valentino Rossi’s ranch was not even a wild dream for 17-year-old Canadian road racer Tomas Casas.

I met with Casas at the first round of the Canadian Superbike Championship in May to interview the young Canadian road racer.

His career has roots that we can trace back to his native Colombia. In 2004 Tomas learned to ride a motorcycle at age four and two years later he was racing motocross. From 2006 to 2008, the trophies kept accumulating on the local scene but also at the Columbian national level. Then came a three-year break from racing as his family moved to Canada, a period that was marked by a big shift upon his return to competition. The summer of 2011 saw Tomas get his first taste of racing on pavement at Shannonville Motorsport Park. The Casas family was hitting the road for every CSBK national the following year, Tomas improving his track skills all the time. A third place in the CBR250R national championship in 2012 was eclipsed the next year by a first CSBK national title in that same class. The jump up onto bigger machinery in 2014 was a successful move; his title in the Amateur Sport Bike class and his second place in Amateur Superbike meant that he’d already had to trade in his red numbers for black ones, the sign of moving up in the racing ecosystem to the upper echelon, the pro ranks.

After earning the 2015 CSBK Pro Rookie of the year trophy, Casas had a good 2016 season with two podiums and ranked third in the Pro Sport Bike year-end standings. That progress curve, his young age, some behind the scene legwork by supporters and a few well aligned stars led to what was a huge surprise for the 17-year-old Tomas Casas last spring.

I asked him a few questions about that precious invitation he got and the special trip to Tavullia, Italy, that followed, less than two hours before he went out on his number 46 Yamaha R6 for the first CSBK Pro Sport Bike race of the season.

Here’s what the 17-year-old speedster had to say about his recent stay at the VR 46 Motor Ranch, which coincided with his birthday. If you have not heard of the VR 46 Motor Ranch, located on the Adriatic coast, all you need to know is that it’s the sacred training grounds that belong to a certain Valentino Rossi, the brightest star the motorcycle racing world has ever produced.

GC: Hello Tomas. How was your birthday party out there in Italy?

TC: It was the best birthday I’ve ever had! For sure an unforgettable one and the best one with a lot of memories I’ll never forget.

GC: What was the highlight of your trip?

TC: I would have to say, probably my birthday. I could not ask for more, it was one chance in a million and the trip of a lifetime; my birthday was the day I actually got to meet Valentino Rossi. It was just so special for myself. We got to see him ride with his regular Academy riders. I had just as much fun watching them ride as I had riding at the Motor Ranch. It was for sure the most special moment of the trip but the whole thing was phenomenal. Italy is such a gorgeous country and the amount of riding we did; it was the most riding I had ever done in a week!

GC: I saw a picture of you and Valentino and heard about a cake. You had gifts for him, right?

TC: Yeah, the guy from Yamaha brought the cake during lunch and I was very surprised. That was that afternoon that I met Valentino. I only met him for five minutes, he’s so busy, but it was so special. He’s been my idol since I was a kid so of course I bought him a gift; a plate with the map of Canada and maple syrup. I was the only one who gave him something. Hopefully he’ll remember me in the future, when hopefully I will be riding in the world championship. Maybe I’ll get the chance to ride at his ranch again!

GC: You do the CSBK Championship now and obviously have plans after this?

TC: Yes, but first let me tell you more about the Master Camp. The Camp was actually a surprise to me, I had no idea this was happening (that he was in the selection process). It was through Yamaha Motor Canada that I was able to get that opportunity, and through Yamaha Japan. The camp is an organisation through Valentino and Yamaha Japan. They send out invitations throughout the world. Yamaha Motor Canada applied for me here.

GC: Without telling you?

TC: Right, without telling me! I got accepted and when I heard the news I was just shocked and stunned. I mean, what kid my age is not a fan of Valentino? Or even just to get that opportunity, I would have been happy. The whole training week, I learned a lot and you see, the level is so different from Europe to here. They are on bikes constantly. In that week, even if that was just a week, I learned so much! I hope to apply it here in the CSBK rounds.The goal for myself is to win the CSBK Pro Sport Bike class with Yamaha support. We’re also in the works of building a new 2017 R6 now and we hope to get that ready for the next round. That’s the main focus now, to win the Canadian Pro Sport Bike class. We will also be doing vintage road racing (this summer) so I can get more track time.

GC: With a different machine?

TC: Yeah, a different machine, a 500. Then at the end of the year, hopefully after I’ve won the Pro Sport Bike CSBK championship, the goal is to go do a round in the States, in the MotoAmerica series, just to see where I’m at against those guys there.

GC: From here to the USA and then to Europe?

TC: Of course the ultimate goal is Europe. We first need to test ourselves down in the U.S. and see where we’re at. The quicker that I can get racing over there and moving forward, the better! It’s my dream and if I can make a living of it, it would be phenomenal!

GC: How long before the Master Camp was it that you learned you were going to train at Rossi’s VR 46 Academy?

TC: It was Matt Filion from Yamaha Motor Canada that told me. It was less than a month before the camp that I learned that I was going. He was of great, great help, I had to rush my assignments in school to do everything before I left so I could attend, that was quick! Matt went alongside with me. He was my chaperon, we both had the best time of our lives!

GC: So have you changed your training method since coming back from the Camp, are you doing things differently?

TC: As for general physical training, I already had my sponsor here helping me, Human 2.0 in Ottawa. Some of the exercises they tought us at the Academy was stuff I had seen with my trainer here. We were already training in the right direction for the physical part. As for the training they do over there on the bike, they ride so much, so much time on the bike, I’d love to be able to do that. Obviously if I could ride and train as much as they do on the bikes as they do there, it would be ideal. But we don’t have the budget to do that here.

GC: There’s still a lot you bring back from that week I’d guess?

TC: Of course! All the riding we did there was on smaller bikes, a lot of riding on mini bikes and smaller machines. They taught us a lot about throttle control and where to look on the track, your vision make such a huge difference when you know where to look going around a track. It makes a big difference when you have your vision forward. The work on corner speed was also important, that’s the only thing you have when you ride a small bike, corner speed! Positioning on the bike, being tucked in on the bikes that are set-up high for good cornering agility, like they are in world championship, was an eye opener for me also. There was so much covered in that week, it was a new experience for myself, one I will never forget.

GC: All right, so I’ll let you get ready for your race and wish you a good season here in the CSBK Championship and all that will follow.

TC: I want to say a big thank you to everyone involved at Yamaha Motor Canada and at the VR 46 Master Camp. I also want to thank everyone who’s behind me since the beginning. Hopefully one day you will see me in the big picture!

The training that Tomas Casas went through at the VR 46 Motor Ranch, what he learned from the Academy instructor, was put to good use right after our little chat; he went on to win his first Pro CSBK Sport Bike race a few minutes later on his Yamaha R6 that proudly wears the familiar number 46.