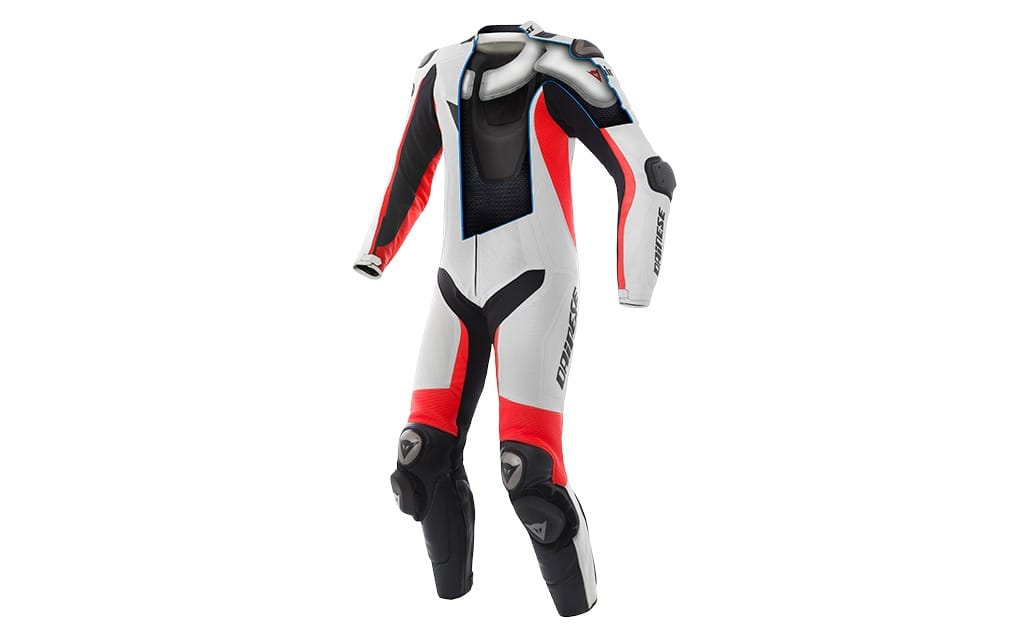 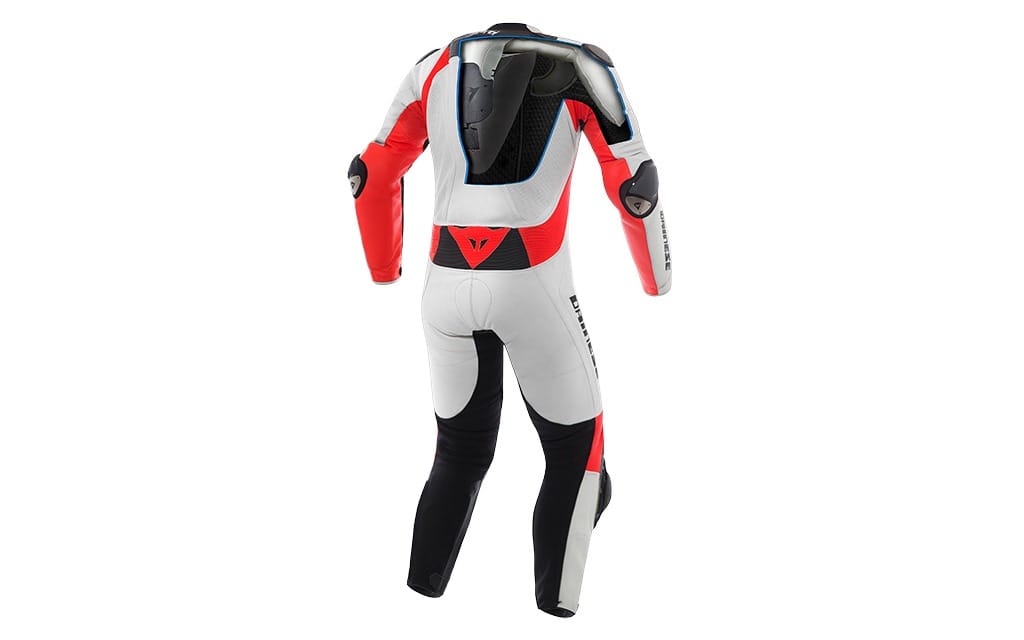 Smart Suit: Dainese leathers talk to your computer and keep you safe

Said suit is Dainese’s latest D-Air air-bag-equipped leather suit, the Misano, and what you’re doing, along with charging the suit’s batteries, is downloading information from the suit’s onboard microcomputer. Again, yes with the microcomputer.

You see, unlike the Helite jacket we tested last issue that triggers its air bag with an external rip cord attached to the motorcycle, the Misano is a self-contained unit, its combination of three accelerometers, three gyroscopes and a GPS sensor able to detect a crash without outside help. There’s no magic artificial intelligence here; essentially Dainese, banking on its years in the crash business, has programed the Misano to recognize a multitude of conditions that indicate a crash is happening and then power its air bag accordingly.

It’s all part of the process of getting air — actually helium — into the air bag in less than 45 milliseconds from the time it recognizes your butt is no longer comfortably ensconced in your motorcycle’s seat. Then, some high-pressure helium expands the air bag covering your shoulders and upper back area, its pillow-like cushioning serving as a brace against the impending impact.

Well, if you remember back a couple of issues ago when we discussed motorcycle protective gear, you might remember that the limit for CE level 1 shoulder pads was 35 kilo-Newtons, about the level of force when bones begin to shatter rather than just break. Dainese says its D-Air protection can reduce that to 2 kN, barely enough to cause a bruise. Air bag technology is why there have far fewer reports in MotoGP — where the D-Air system was prototyped — of broken clavicles and separated shoulders. In other words, if you want the maximum in protection in encounters of the tarmac kind, you definitely need an air bag.

Of course, there’s more to the Misano than just an air bag. Included with every D-Air suit is a D1 Wave CE Level I back protector, CE-approved armour at the shoulders, elbows, hips and knees, and the best D-skin 2.0 leather that a whole lotta money — some $2,999.99 — can buy. Also present and accounted for are all the accoutrements requisite for modern motorcycle racing suits, metal sliders at the knees and shoulders to prevent “grabbing” as you slide along the pavement and replaceable plastic at the elbow should you be skilled enough to channel Marc Marquez while cornering. In other words, the Misano is very much state of the motorcycle protective gear art.

As for plugging your suit into your computer — the Misano’s onboard electronics can be charged sans laptop by plugging its USB cable into a wall socket — it’s the downloading of information I mentioned. All the same sensors that can determine if you’re about to have a sky-ground-sky-ground experience can also record your lap times, acceleration, and even lean angle like a basic data logger.

Access is via a program from 2D Debus & Diebold that can be downloaded — instructions are available through Dainese’s website — to your PC. A PDF is available — http://2d-datarecording.com/Downloads/Manuals/Dainese_D-Air/D-Air_data_download.pdf [here’s a shortened URL: https://goo.gl/qpCAKT ] — with instructions on how to access, load and display the information. That said, the 2D is hardly Steven Jobs friendly — more like Bill Gates quirky — and it can take some time to become one with your inner (high-speed) data wonk.

On a more pedestrian front, it’s worth noting that Dainese seems to have expanded its sizing slightly to accommodate its customers’, er, expansion. My old size 54 Mission suit is now a trifle too tight while the Misano, also a 54, is more accommodating. That said, Dainese racing suits are meant to fit snugly — the better to keep the various armour and air bags in perfect placement to prevent injury — and should be sized accordingly. The Misano is meant to be comfortable in a tuck position bent over on a sport bike, not standing up in a motorcycle dealer’s garment section.

Despite its many superlatives, the Misano is not perfect. Besides the fact that it costs more than some motorcycles I’ve owned, it also weighs about three kilograms more than a comparable bag-less suit. It is also, says Dainese, best charged every two months, even over the winter (the company does note, however, that the onboard battery is good for eight hours of straight riding). And, unlike the Helite jacket I reviewed in the last issue that can be immediately reused, the Misano’s air bag needs to be repacked by a Dainese-approved technician (the only currently-licensed dealer for this work in Canada is Rider’s Choice and CSBK superbike contender Matt McBride).

All that said, the Misano is a modern marvel of protection, infusing what is inarguably a top-of-the-line racing suit with the most protective garment technology currently available in motorcycling. As I said in summing up my review of the Helite jacket, I no longer feel comfortable riding without the backup of an air bag.