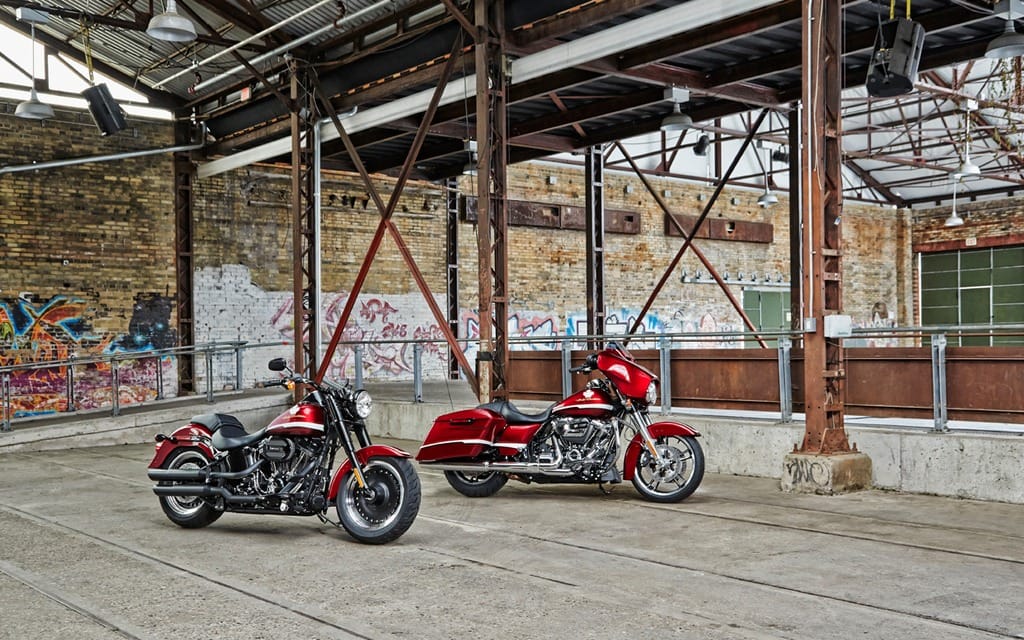 It’s a neat coincidence that in Canada’s 150th year of business, Harley-Davidson celebrates the completion of a century in the land of moose and maple syrup. And while the nation marks its milestone birthday with fireworks and other spectator events, the Motor Company chooses to go riding, and to pair Canadians with foreign visitors for that road-worthy experience.

The program has paired Harley-Davidson riders from Nova Scotia, Quebec, and Alberta with riders from India, New Zealand, and Mexico to explore various byways around the country. Specifically, Daniel Ross from Arisaig, Nova Scotia, toured the eastern regions with SAC Vasanth from India; Charles-Édouard Carrier from Montreal rode around central Canada with New Zealander Jay Reeve; and Johanna Poultney from Edmonton showed the Rocky Mountain splendour to Eduardo Gutierrez from Mexico. Each pair embarked on a six-day ride with the Canadians serving as hosts and road guides. And while it was all happening, film-maker David Grabias produced short films of the excursions, called “Common Ground.” Harley-Davidson Canada makes the little documentaries and other films about the Common Ground program available on the company’s You Tube channel. Go to You Tube and search for “hdcommonground” to find the results.

Sounds like fun for the participants, but what’s it for? Couldn’t they have just opened a case of Molson’s and polished their bikes on a Sunday afternoon like everybody else and saved Harley-Davidson a whole bunch of money? According to Ignacio “Iñaki” Isusi, the company’s managing director in Canada, H-D Canada wanted to celebrate the 100th anniversary of the brand in this country in coordination with the 150th anniversary of confederation. “First, we wanted to show cross-generationally and demographically how great the pleasure of riding in Canada is, and in order to do that we’re bringing three ambassadors from three countries and pairing them with local hosts,” he told Cycle Canada as the program was in its first phase, in early June. “They all happen to be Harley enthusiasts, or course, they love our brand, they love riding, and they love Canada. We wanted to showcase 150 years of Canada and what a great riding country this is.”

Isusi said the company reached out through dealers and other means to find the riders, and the immigrant experience in Canada was a theme that Harley-Davidson wanted to focus on, which is why riders from around the world were asked to take part.

Common Ground is not the only way Harley is celebrating its century of Canadian activity, however. “One of our main goals was to make sure we were bridging the generation gap between baby boomers, millennials, and generation X, sharing the values of riding, and of the brand, as a way of universally reaching different generations and demographics,” Isusi said. “So we have done several things. We’ve partners with EatSleepRIDE [a website] and we’re sharing activities with them. We have two 100th anniversary editions bikes, limited edition paint kids on 70 Street Glides and 30 Fat Boys. We have a limited-edition apparel line. We had an open house in May, and our final activity for the anniversary year will be the national HOG rally in Ottawa in late July. We want to make that an open event for local people to attend, a HOG rally with a twist. From then on, we’ll focus on our year 2018 launch, which is going to be fantastic.” In early June there were still some specially painted Street Glides and Fat Boys available, he said.

Meanwhile, Harley-Davidson is doing well in Canada, he said. “Sales are going well. The market is slightly soft but we’re fulfilling plans, including growth this year in the Canadian market. Half a year has gone by and we are really pleased in the customers’ reactions to our activities and our new products especially the Milwaukee 8 and the new Street Rod.” Canada, he said, is one of the biggest markets for Harley-Davidson outside of the United States. “It’s a high focus for us, so we’d better do well here.”