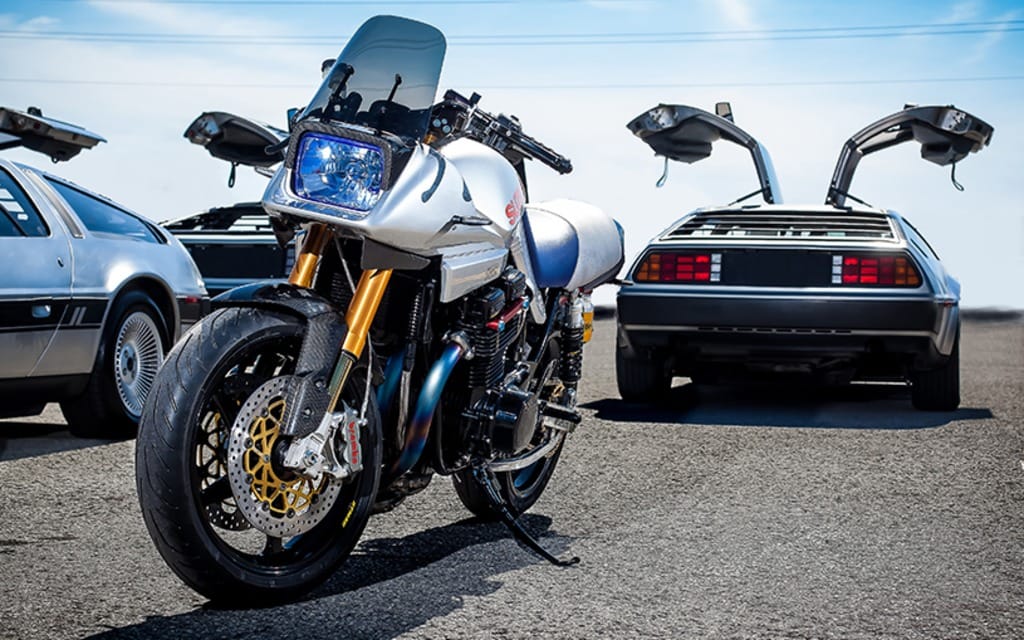 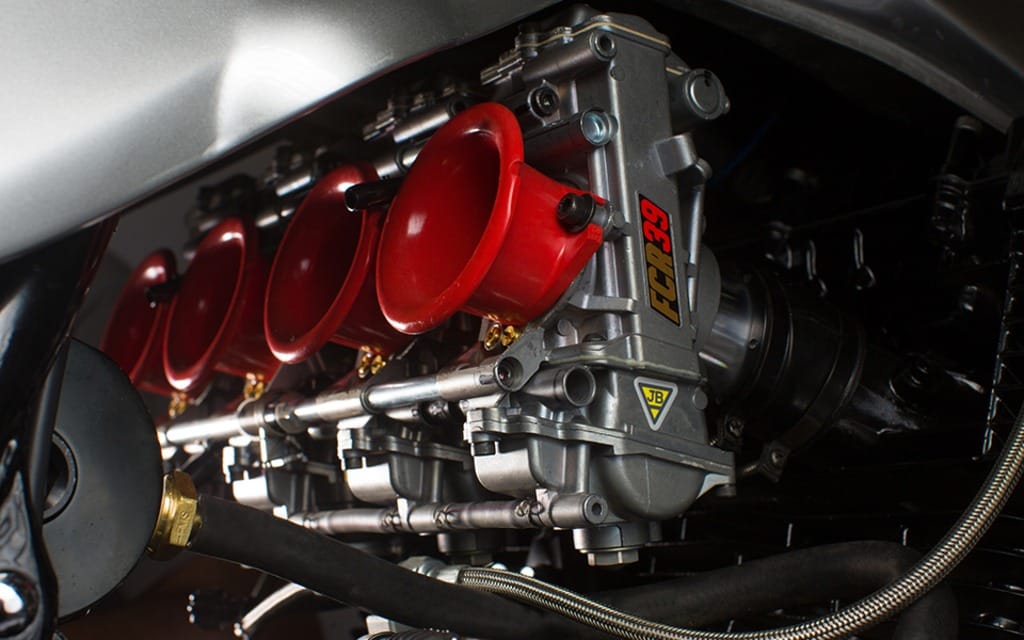 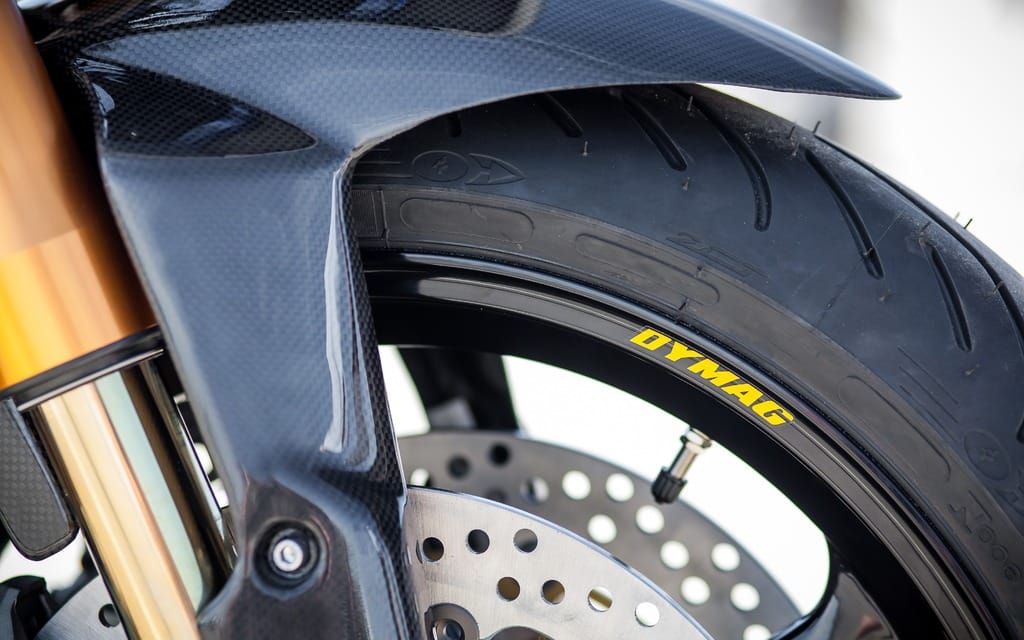 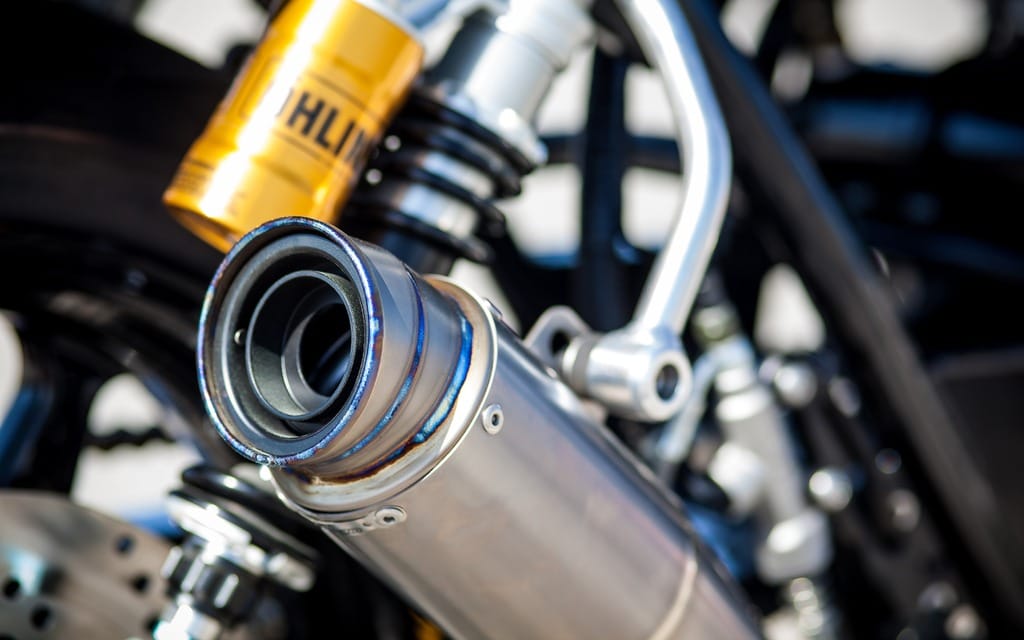 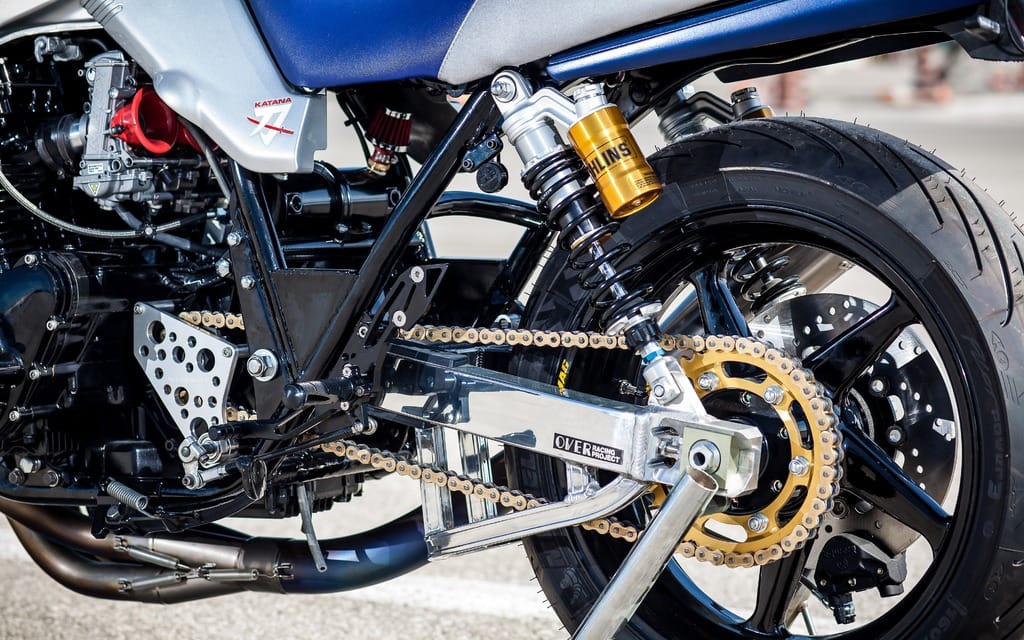 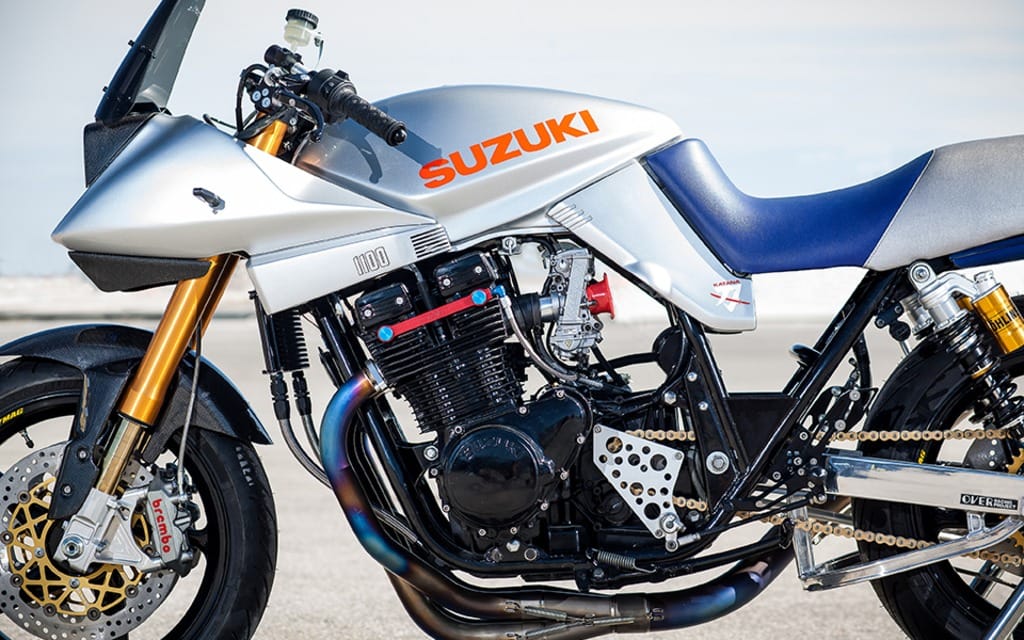 Southern Ontario shop brings antique sporter up to spec
The Suzuki Katana is one of the most iconic motorcycles in Suzuki’s impressive line-up and, in 1983 it scorched the quarter mile in 11.05 seconds at 124 mph.

Introduced in 1980, the Suzuki Katana began its life in Germany via Suzuki Deutchschland and was the result of Hans Muth, the mastermind and head of design behind BMW Motrorrad. Using the Suzuki GS1100 as a base, Muth along with Jan Fellstrom and Hans-Georg Kasten designed something innovative for its time with the brawn of an inline four 1100 cc engine.

The design of the Katana was shocking to many in the early ’80s. The beefy engine combined with sharp and angular lines that integrate the front fairing, fuel tank, and seat turned the Katana into an instantly recognizable shape that certainly turned heads. Its stylistic components influenced many motorcycle designers over the years and could even now be mistaken for a modern-day motorcycle.

If Hans Muth and the designers could redesign the original Suzuki Katana with the benefit of modern motorcycle engineering, perhaps they would have developed something similar to ACP Custom’s (formerly Ackermann Cycle Performance) 1982 Suzuki Katana. “Our goal with this resto-mod was to keep as many of the original lines intact as possible, while beefing up everything else. The tank, tail, and seat were definitely going to remain, and it’s just not a Katana without that front fairing so we knew that had to stay intact as well,” said Mick Ackermann from ACP Customs.

This Katana has been significantly modified over the course of a year, one of the longer builds they have seen at ACP Customs. “When you are dealing with high-end parts from Japan, sometimes it takes a little longer for things to arrive,” Ackermann said. Most of the modifications were far from bolt-on and completing the build required a lot of research, fabrication and custom parts.

“Our first task was to brace the frame, which is notorious for twisting,” Ackermann said. The rear frame was braced and TIG welded, adding some needed rigidity to the rear end and allowing for a secure ride. Finished in powdercoat, the frame modifications look like they were always there directly from the factory. Nitro Racing rearsets keep things highly functional and stylish as well.

The suspension and rims were next on the list. The rims are custom made in forged magnesium by Dymag, from the UK. “It’s funny, when the rims arrived in the mail, for a second we thought they shipped any empty box!” Ackermann said. It’s not often that the tires weigh more than the rims. They’re matched with a set of Michelin Pilot tires. The Öhlins front and rear suspension adds the necessary support when riding and a beefy modern flare to the bike. The custom ACP-designed and CNC-milled upper and lower triple trees tie everything together. “We approach our builds with the need to upgrade the essentials and when you have new upgraded Öhlins suspension, that often means custom triple trees to literally bring things together.”

The Over Racing braced aluminum swingarm was essential to upgrading the suspension as well. Its lighter weight and rigidity enhance the ride, while also looking good in polished aluminum.

A full Brembo braking package was used to make sure its stopping power keeps up with all of the performance mods. “We shaved a considerable amount of weight off the original motorcycle, so we wanted to make sure the braking system was top-notch.” Brembo rotors and master cylinders were used in the front and rear along with Brembo levers. A Motion Pro quick throttle kit was also used, allowing for easy modifications depending on riding style.

The beast of a motor and drive train was not overlooked while the bike was at ACP Customs. With a slight overbore, a Ward’s top-end oil kit is keeping the top-end in race condition, with the Ward’s oil cooler keeping things from getting overheated. A Yoshimura sprocket cover and Unicorn Japan pulsar cover are well displayed. The Keihin flat slide carbs add strong track feel to the build and provide the performance needed for any style of riding. Finally, the hand-bent titanium exhaust by Nitro Racing from Japan add great performance, style and a mean sound.

An often overlooked, but integral part of any motorcycle is the electronics. “The ’80s technology was good then, but over 30 years later things needed an update,” said Ackermann. Using a full suite of Motogadget electronics from Germany, Ackermann started updating. The Motogadget M-unit acts as a brain, controlling everything from the keyless RFID ignition (courtesy of Motogadget’s M-lock) to the upgraded LED turn signals and the gorgeous yet extremely functional Motogadget Motoscope Pro gauge. The ignition coils and wires were also upgraded using a complete Dyna system, giving a strong and reliable spark for this aggressive motor.

The body and fairings were fairly easy to tackle, especially since things were kept as OEM as possible. Carbon fibre pieces were added to the front fairing and front fender. A fresh coat of Porsche silver paint and new decals complete the look. The original seat was recovered in two-tone blue and silver.

The finished bike has proven to be a head turner. “We had the opportunity to attend some of the 2017 motorcycle shows in Toronto and the response from the crowd was amazing. The Suzuki Katana is a nostalgic motorcycle for many people and we were happy to see the smiles and hear the stories that our Katana brought out of everyone.”

The finished product is certainly something to be enjoyed, and surprisingly the owner of the motorcycle isn’t keeping it to himself as a museum piece, “our client takes the bike out fairly regularly, so creating a functioning machine was integral to this project.” That means if you are in the Hamilton, Ontario, area you may just see a bit of modern nostalgia on your next ride.