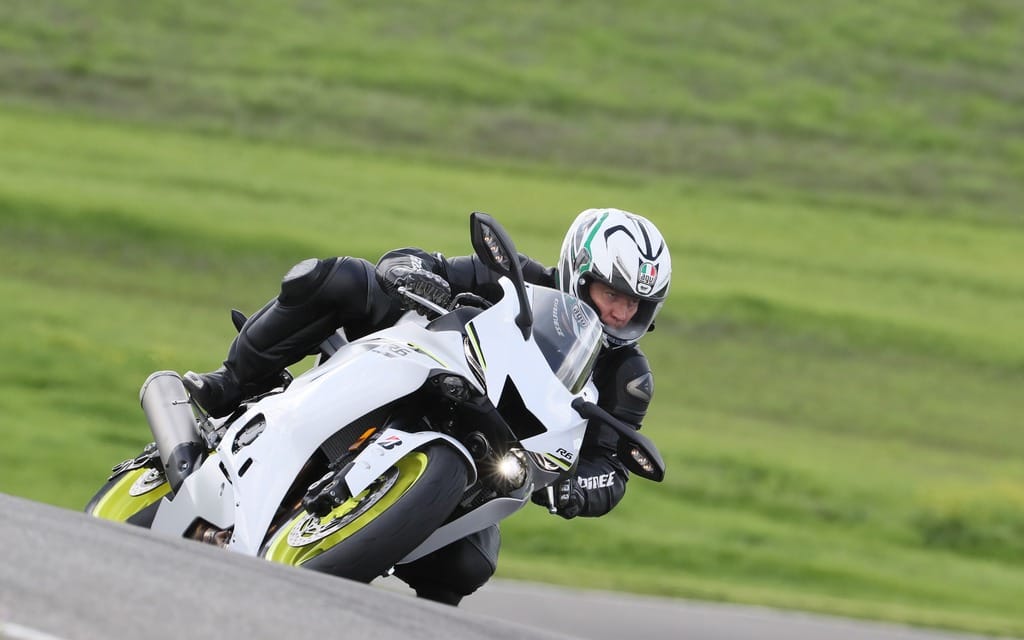 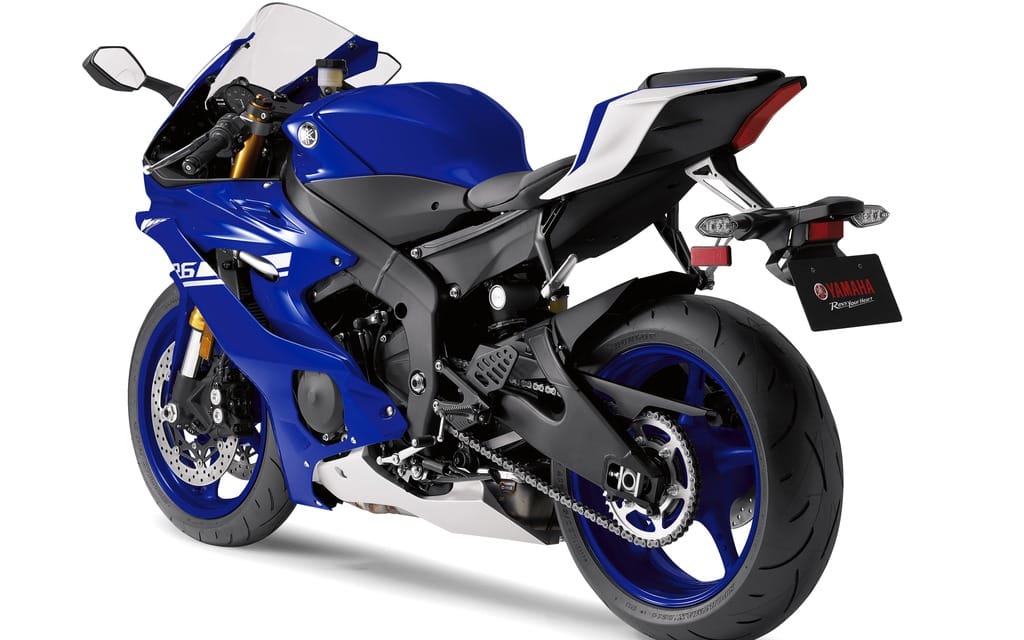 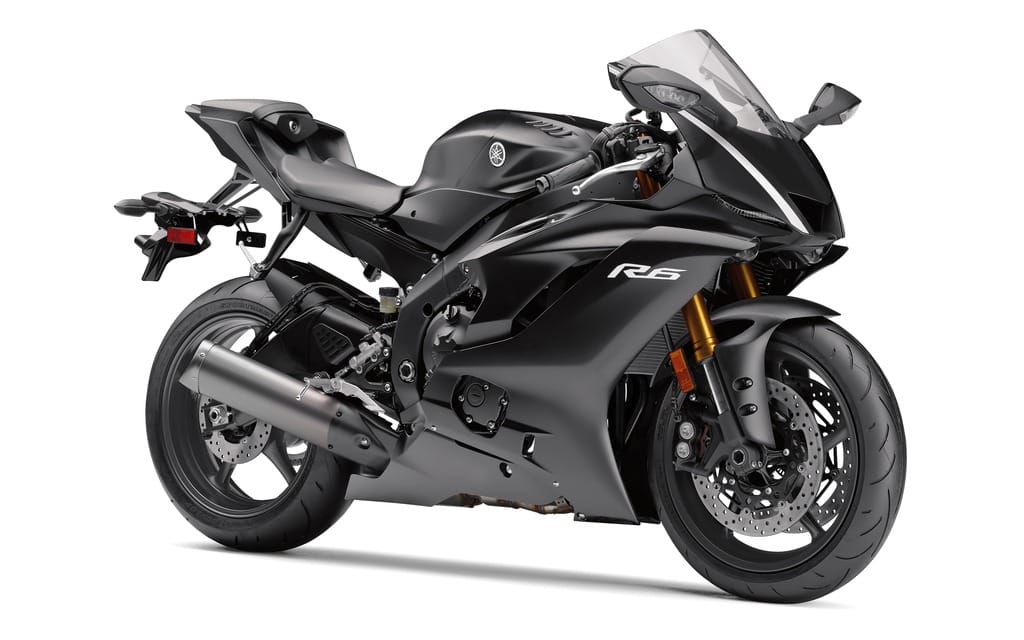 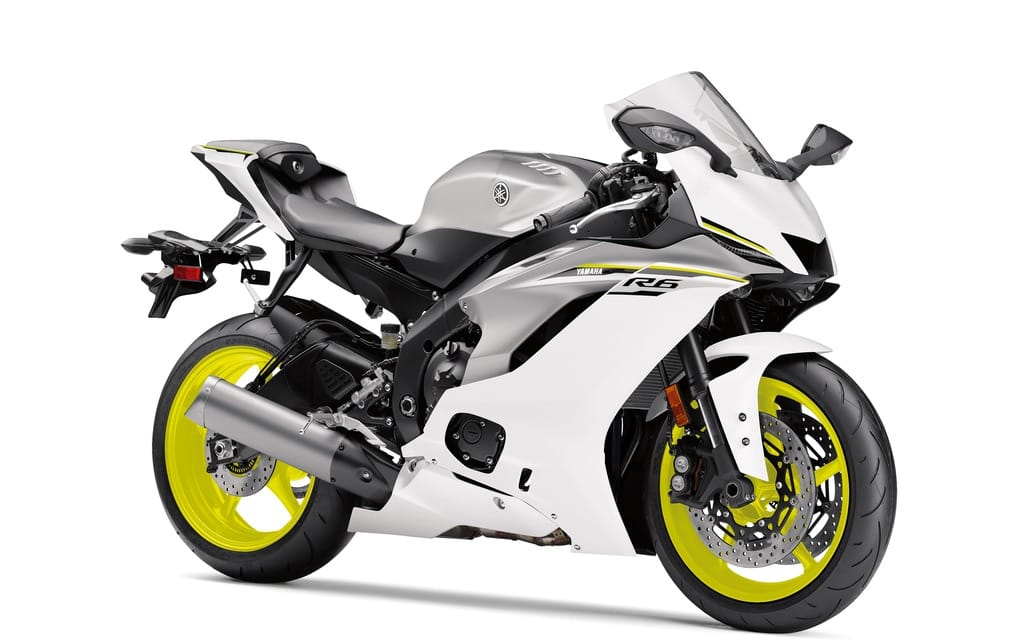 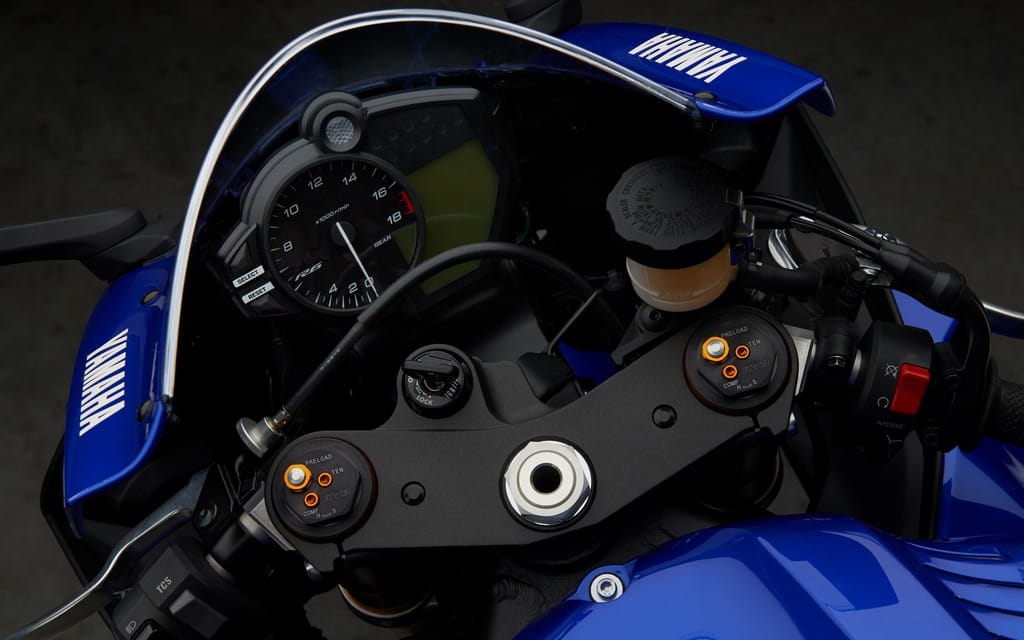 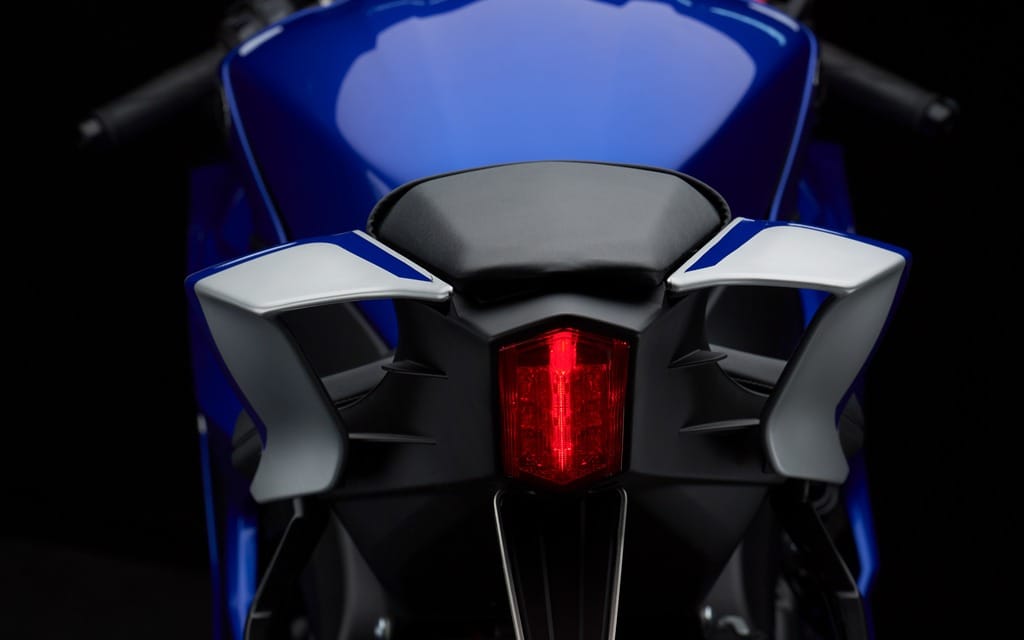 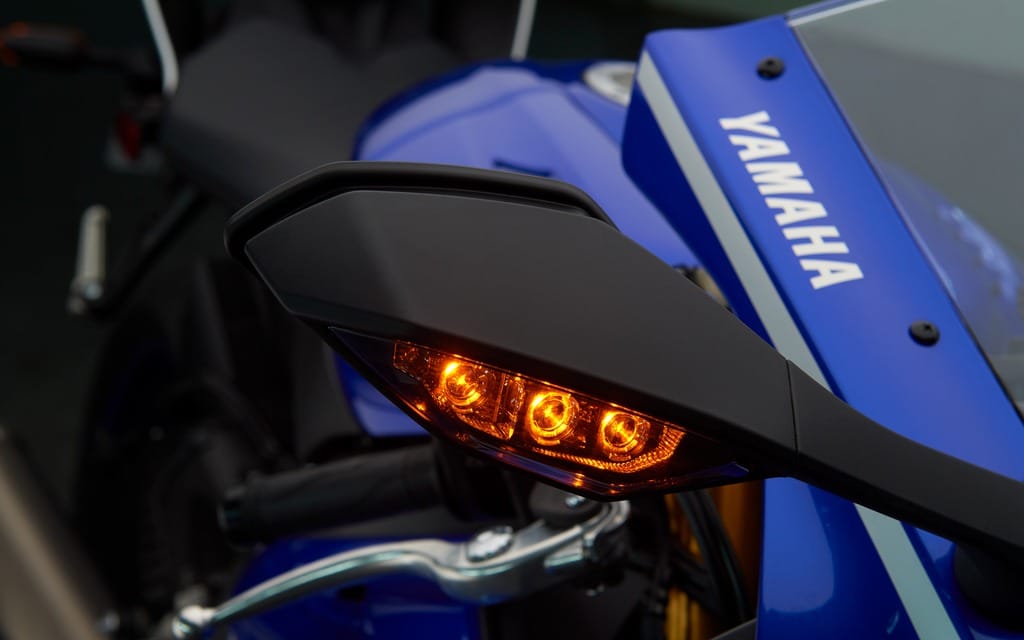 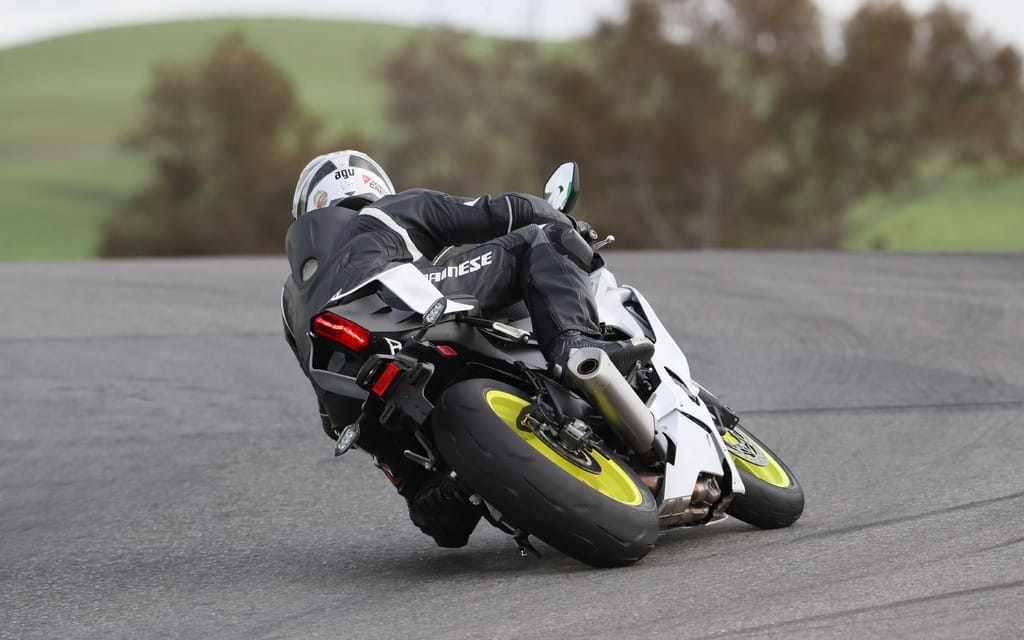 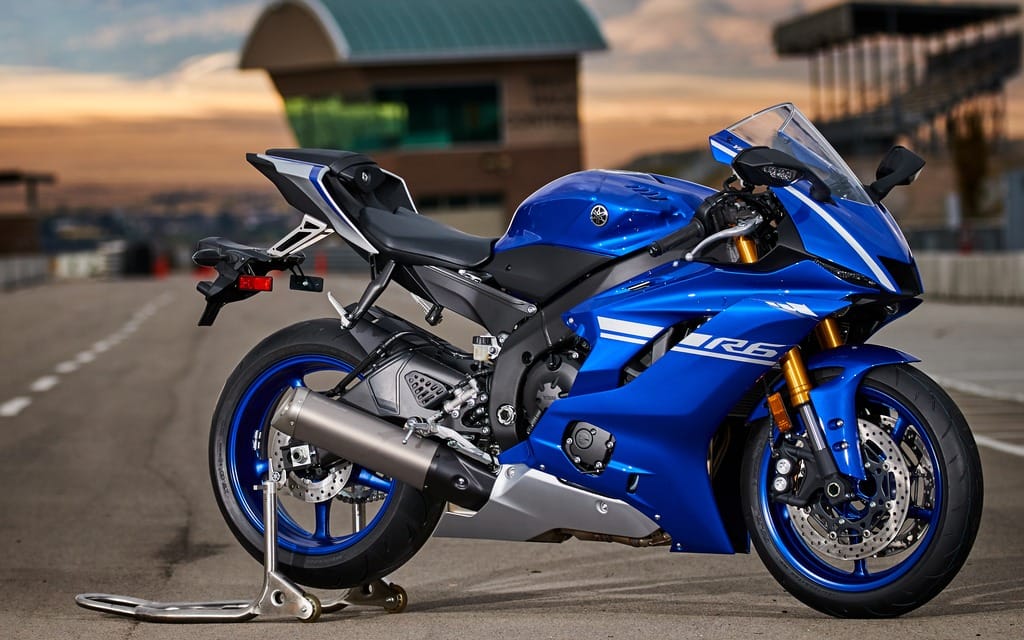 Yamaha goes for world domination, 600 cubic centimetres at a time
Yamaha is on a roll. In the last few years the brand has released successful new models at an impressive pace. FZ-8, FZ 09 and 2015 R1 and R1M as well as the R3 of last year all brought good sales numbers for Yamaha. Looking at these numbers, it is easy to see that Yamaha is still dedicated to the supersport category. At least, more than many others who seem to have all eyes on the standard and pseudo-vintage bikes.

With a relatively affordable price tag, the R6 has been sold to over 153,000 North American enthusiasts and around 390,000 worldwide since its first release in 1999. In 2003 Yamaha brought fuel injection, a new chassis and a new engine to the R6 but the bike stayed pretty much the same visually. In 2006, titanium valves, ride by wire and the Yamaha chip controlled throttle or YCCT were added. The model year was very popular and its visual design was a key component of its success.

The third generation of the R6 was released in 2009 and at that time it was a very aggressive, track-oriented model. Although the supersport category is not the most popular lately, Yamaha is clearly still a fan. Its results in recent American racing history are proof of that dedication.

For the release of the all new R6, Yamaha invited a shortlist of Canadian and American journalists to Thunder Hill Raceway in Northern California. This tricky six-kilometre, 15-turn track was a great place to showcase the new chassis, aerodynamics and electronics of this fourth generation of the little blue beast (now also available in matte black with white stripe on the front fairing as well as a classy two-tone intensity white with neon yellow wheels that had my name on it).

The engine is the same 599 cc inline four but now offers three modes to toggle on-the-fly for throttle response maps while another rocker switch offers no fewer than six traction control settings. Horsepower and torque remain at 117 claimed hp and 47.7 lb.-ft of rotational effort. On the slippery surface after a midday downpour, I could feel the traction control modulate a combination of fuel delivery, ignition timing and throttle management to give me the best grip possible in a very smooth intervention. I rode it at maximum level on the first session but quickly settled on the third level that more suited my riding style and ability.

The aluminum delta box main frame is unchanged but a narrower cast magnesium subframe as well as a smaller battery helped shedding of the weight added by the ABS and bigger front end. The new fork was borrowed from the R1(KYB 43 mm) but spring and damping were adjusted to the R6’s lighter weight.

A switch to Nissin radial master cylinder instead of the older Brembo unit gives more feel at the lever and is also easier to modulate. In the rear, the monobloc caliper is more compact. ABS can’t be turned off.

A new fully adjustable KYB piggyback rear shock was installed to match the new front fork with low- and high-speed compression and rebound.

The ABS added some weight so the engineers worked hard to keep the weight close to the older model’s. A new aluminum fuel tank was designed, dropping 2 1/2 pounds from the top of the bike even though it has the same 17-litre capacity as the older model’s tank.

The bike keeps the slipper clutch introduced in the previous generation model but our demo bikes had the optional quick shifter installed (for upshifts only). The bikes were also outfitted with the optional YCCU data logger (the bikes come pre-wired to receive it) as well as the quick shifter. The YCCU spits out rapid-fire data and records lap times, gear position, wheel-speed, throttle position, angle, TC intervention, and thanks to the integrated GPS it can show you all this data while showing your position on the track. It’s a really awesome accessory for the weekend track rider who wants to improve or at least understand what he or she is doing on every part of a given track. One can even compare two laps at the same time to see where and what they did. All the data is available through wi-fi for Apple or Android device via the downloadable app. It took about two minutes to set up the connection and once it was done, we were able to download data after every track session to improve lap times. In this day and age of data this bike really felt like 2017.

Our bikes were outfitted with Bridgestone Battlax R10 tires instead of the stock Hypersport S21 (reviewed in Cycle Canada June 2016). After a few minutes in the tire warmers, these race tires gave us a perfect platform to test the bikes’ abilities. The Bridgestone guys told us the new S21s are one of the reasons the new R6 feels lighter thanks to a 1.7 pound lighter tire.

Like the new R1, the new R6 look has now a more direct tie to MotoGP styling. Not only that but the new bubble offers better aerodynamics and wind protection for tall riders. I could feel less high pressure on top of the helmet when tucked down thanks to the 50 mm taller windscreen. The wind-tunnel-tested design also offers more wind protection for the hands and feet of the rider, a welcome addition for riders who like to leave early and come back late on an early summer ride.

Lighting is in accordance with the R series DNA with full LED lights. The back has a hollow tail cowl section similar to the one found on the R1. At a height of 33.5 inches, the seat is wider at the rear and the designers have narrowed and flattened the front part of it to make it easier for shorter riders to reach the ground. This flatter seat is also a feature enhancing the comfort level for longer outings. The fuel tank has also been narrowed to offer more space to move and delivers a nicer transition from seat to tank.

The good folks at Yamaha also had the good idea to bring the older R6 to the track so we could compare the models. The first impression I had trying the “old” R6 was that it felt bigger, less agile and, well, just so, so 2006. Even if the rider triangle is the same, the new R6 feels like a completely different bike from the rider’s point of view.

Also, four time AMA Superbike champion Josh Hayes was there to show us around the track. I hooked up on his train early to see the lines the champ was taking and quickly confirmed I was a larva trying to follow a butterfly. Anyhow, after a few intense laps on the tricky track, I definitely improved my lap times and managed to test the precise, confidence-inspiring front end. Especially when picking up throttle on corner exits, the bike stayed on rails. On hard braking I felt the TC work its magic, very non-intrusively keeping the bike straight and secure. After midday, I was flicking the bike on the track’s esses and corkscrew with more confidence. This reminded me how a middleweight bike is a fun and more user-friendly track or road riding weapon compared to the litre bike. Even with all the modern electronics, a bigger bike is always harder to manage.

Although it has seen better years, the 600 cc class is not dead. According to Yamaha it’s alive and kicking, at least on American tracks where racing is a big part of that success. This new R6 will now be sold at $13,999 for the base model. It’s still a great choice for weekend track riders as well as riders looking for a performance bike that provides easily accessible power, great handling and all the modern electronics one can dream of.