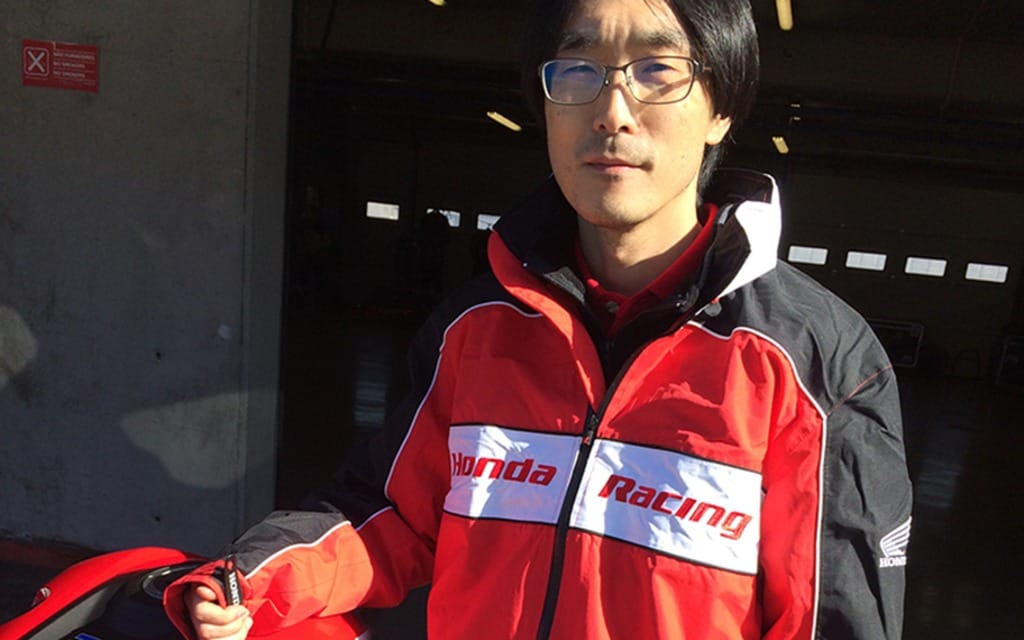 “We started fixing the concept for this bike as soon as development of the 2014 bike was finished. We had a target of 2017, because the Fireblade’s 25th anniversary was always on our mind.

“The first thing we thought about was one we sometimes forget: we wanted to figure out how we could make the bike the most fun to ride. That’s what the Fireblade has always been about, and it’s something we wanted to bring out in this year’s model: just the pure joy of the riding experience.

“Obviously we do look at the competitors and where they are, but firstly it was more about making a genuine Fireblade. Power-to-weight ratio has always been a Fireblade strength, so this bike was more about improving on the existing model.

“We did set targets for power and weight, especially the 195 kg weight target, but our aim was to take it right to the limit with power-to-weight ratio. That has always been the important thing with the Fireblade, so once we decided on the weight, the power target followed naturally.

“We have an old Japanese saying, ‘With enough dust you can build a mountain.’ That was the guiding principle: to take out every bit of weight that we could throughout the bike. That extended to things like the wiring harness: could we make it shorter? The plastics are 1.8 mm thick instead of 2 mm; some of the bolts are shorter.

“The most difficult part of the project was possibly the titanium muffler. That was a really difficult job. There were a few times when we wanted to give up; the first time we tested the bikes we had to run them without mufflers. And it’s expensive, but it saves 2.8 kg in total.

“The electronics was also difficult but the good thing was that we already had the RC213V-S, and the logic of the system came from that project. We had to adapt and fine-tune the settings to fit the Fireblade but the RC was a good starting point. The result is that some people who have ridden both bikes say they prefer the Fireblade!”