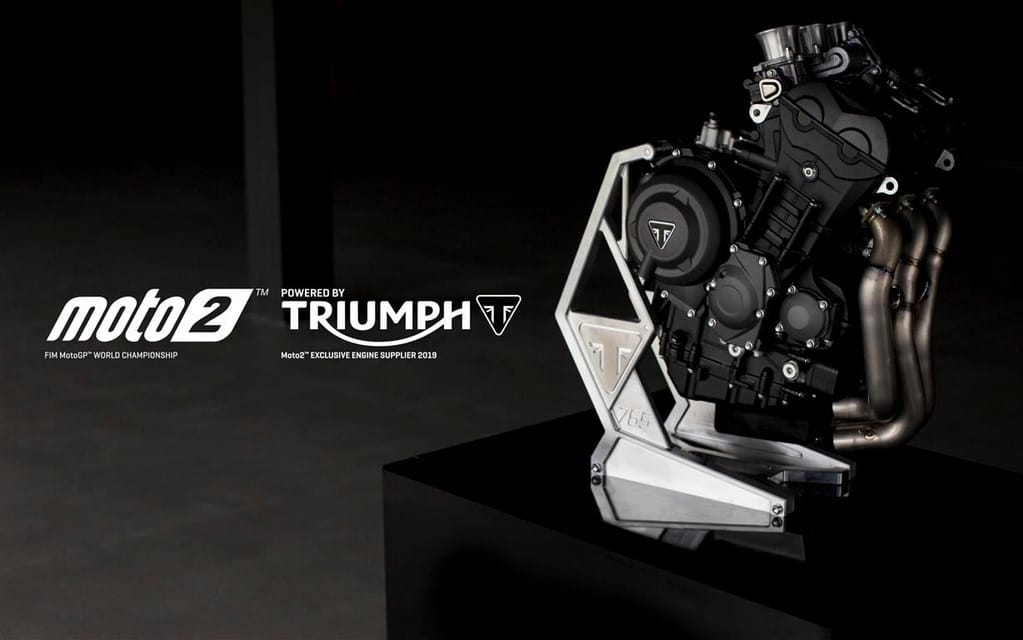 Triumph Motorcycles is announced as the exclusive engine supplier to the Moto2 Championship from the 2019 season onwards.

Triumph has signed a three-year contract with Dorna – the commercial rights holder of MotoGP – to supply a dedicated race tuned 765cc Triumph triple engine, based on the all-new 2017 Triumph Street Triple engine.

The new 765cc engine is a significant development of the race-winning Daytona 675R engine that has powered Supersport class wins at the Isle of Man TT, Daytona 200 and British Supersport Championships in 2014 and 2015.

Based on the highest specification 765cc engine from the Street Triple RS and developed for Moto2 with the following modifications;

The Engine
Based on the new MY18 Street Triple engine, the Triumph Moto2 765cc triple engine has been developed and tuned for a major step up in power and torque.

It has more than 80 new parts compared to the previous generation engine, including an increase to the bore and stroke. All-new engine components include;

The race specification Triumph 765cc Moto2 engine has been further developed to allow the engine to breathe more freely and rev harder than the production bike; increasing overall performance. Other changes have been made specifically to adapt the engine for race use.