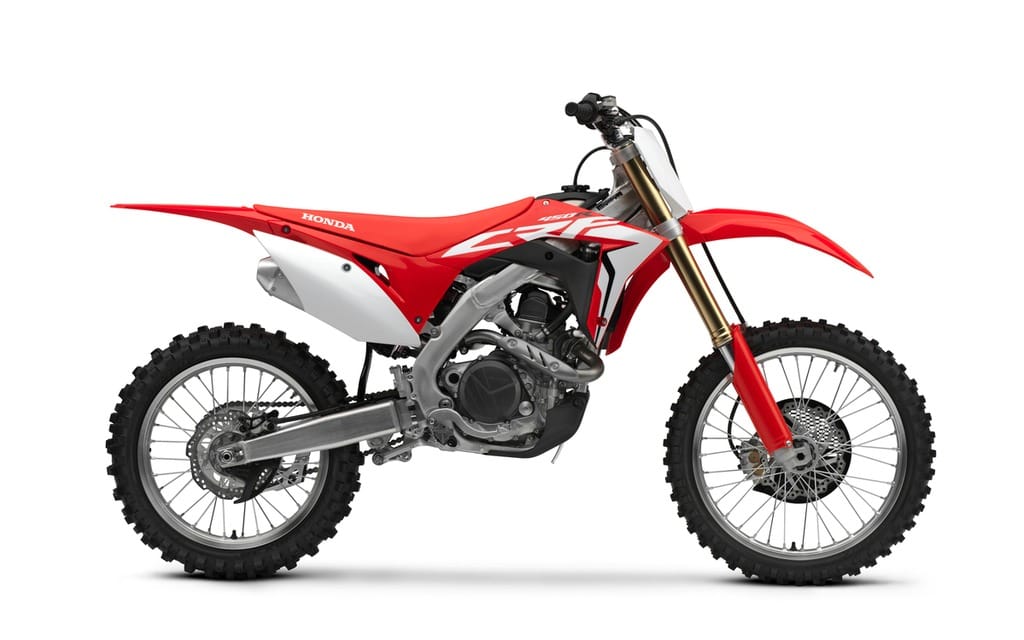 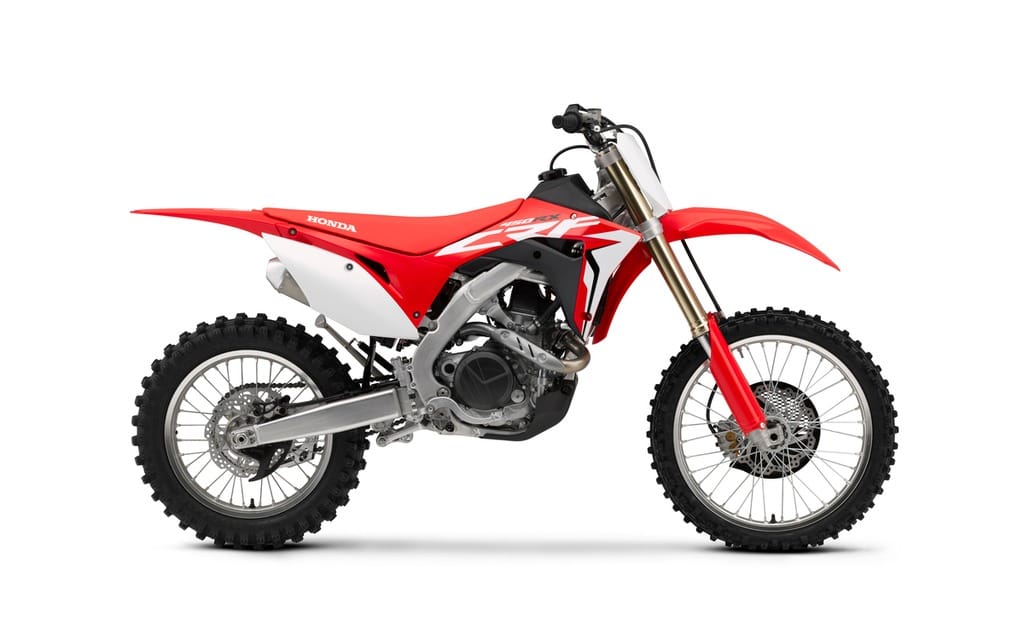 Honda revealed today that the CRF450R gets even better for the 2018 model year, with electric starting now standard. Designed following an “Absolute Holeshot” philosophy that resulted in a downdraft-intake layout achieving optimum power and centralized mass, the revolutionary motocross model is the industry’s top-selling 450cc motocrosser. The electric starter that was previously offered as an accessory is now standard, as is a lightweight lithium-ion battery, and the CRF450R also gets updated suspension settings aimed at improving chassis feel and overall action.

“It’s been amazing to see the success of the CRF450R this year, and we’re even more excited about this model with the improvements we’ve made for 2018,” said Lee Edmunds, American Honda’s Manager of Motorcycle Marketing Communications. “In addition to the obvious convenience, electric starting can save valuable seconds following a mid-moto mistake, and with the use of a lithium-ion battery, we can still achieve an extremely light weight. These changes make the CRF450R more competitive than ever, and of course customers can continue to count on Honda durability, quality, and reliability.”

CRF450R
The CRF450R’s downdraft air-intake and fuel-injection layout achieves a potent, broad spread of torque, but it also allows for heavier components to be located as centrally and low as possible so that all that power can be effectively utilized. In addition, the vehicle packaging results in nimble cornering, while updated suspension settings to the Showa® shock and 49mm coil-spring fork improve handling. Corresponding with the addition of an electric starter (powered by a lightweight lithium-ion battery), the kick-start lever has been removed in order to shave precious weight. An updated ECU setting means power delivery is more useable than ever, and the big CRF still has great features like a titanium fuel tank, engine-mode select button, and wave-pattern 260mm front brake. Add it all together and you’ve got a bike that delivers even better on its promise of the “Absolute Holeshot.”

CRF450RX
Currently being campaigned in the GNCC series by JCR Honda’s Trevor Bollinger, the CRF450RX already came with electric starting, but for 2018 the model gets a weight reduction with the removal of the kick-start lever and the switch to a lighter-weight lithium-ion battery. The model is based closely on the flagship CRF450R but with off-road-focused updates like a larger 2.2-gallon fuel tank, 18-inch rear wheel, side stand, optimized ECU and suspension settings, and more. When it comes to closed-course competition like GNCC, hare scrambles, and Grand Prix racing, the CRF450RX constitutes the ultimate off-road weapon.