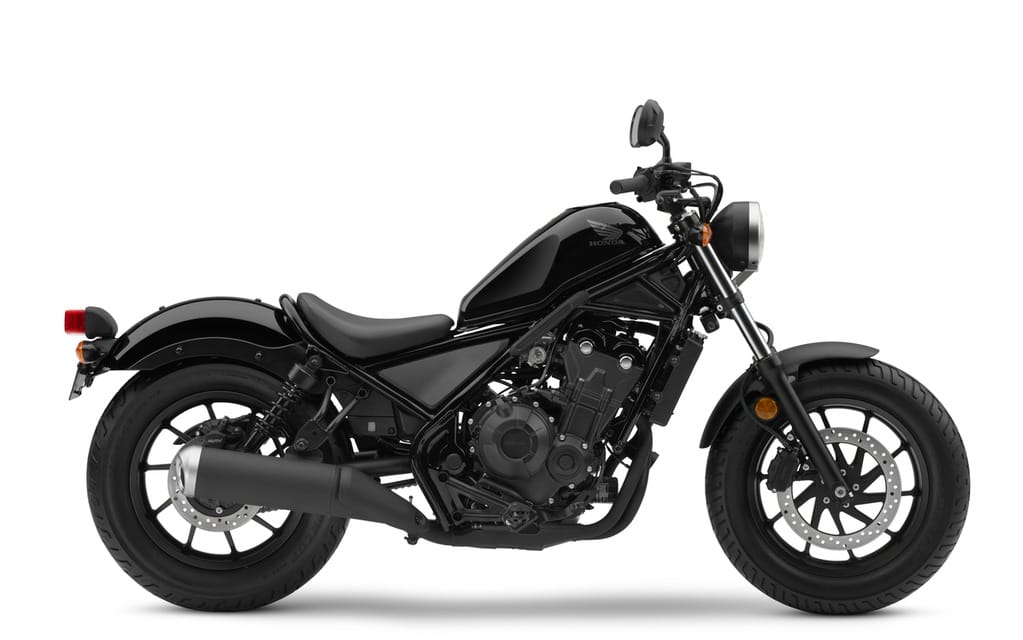 Honda yesterday introduced a pair of progressive customs that fuse tradition with groundbreaking new ideas and perspectives while providing ample scope for owner customization. Offering a fresh take on custom cool, the Rebel 500 and Rebel 300 mix old- and new-school style and are engaging and fun to ride, with an outlook geared toward firing the imagination of a younger generation of riders.

Development for the Rebel 500 and Rebel 300 began in the U.S., with the objective of referencing a timeless look while also introducing a forward-thinking, contemporary style all their own. Accessible, fun to ride and easy to live with, the models go their own way but are also blank canvases, ready for whatever their owners’ imaginations have in store.

“For many riders who have grown up through the digital age, motorcycles represent a lifestyle and an attitude, a means of expressing their individuality,” said Lee Edmunds, Manager of Motorcycle Marketing Communications at American Honda. “The machines that speak to these riders need to reflect this, to fit with their life while also offering the potential for further individualization. The Rebel 500 and Rebel 300 are simple and raw, offering cutting-edge style and a radical image while minimizing the barriers to riding. There’s literally nothing else out there like them, and we’re confident that both models will appeal to young riders who want to stand out and are open to new experiences.”

Rebel 500 / Rebel 300
Simple and raw, Honda’s new Rebel models are exercises in straightforward, minimalist design where every detail matters. Low, lean silhouettes are crowned by iconic fuel tanks, aggressively raked front ends and fat tires on large-diameter wheels, along with a stamped-steel rear fender and narrow frame body, resulting in stripped forms that express offbeat individuality from every angle. The evocative round, glass headlight sits up high in a die-cast aluminum mount, the speedometer is a compact dial with negative LCD display and blue backlight, and the ignition is housed below the left side of the fuel tank. Everything that can be is blacked out.

With a 471cc parallel twin, the Rebel 500 has strong bottom-end torque and a smooth, linear power delivery, while the Rebel 300 is powered by a peppy 286cc single cylinder engine. In both cases, the bikes’ riding positions are relaxed and neutral, with arms gently outstretched and feet dropping straight down to the mid-mounted pegs. The versatile Rebels are fun to ride slow and fast, great for day trips, jaunts to the coffee shops or even sporty sessions on winding roads; low weights, slim frames and short seat heights equal agility at lower speeds, whereas good ground clearances allow surprisingly sporty lean angles. Both the Rebel 500 and Rebel 300 are available in standard and ABS versions.