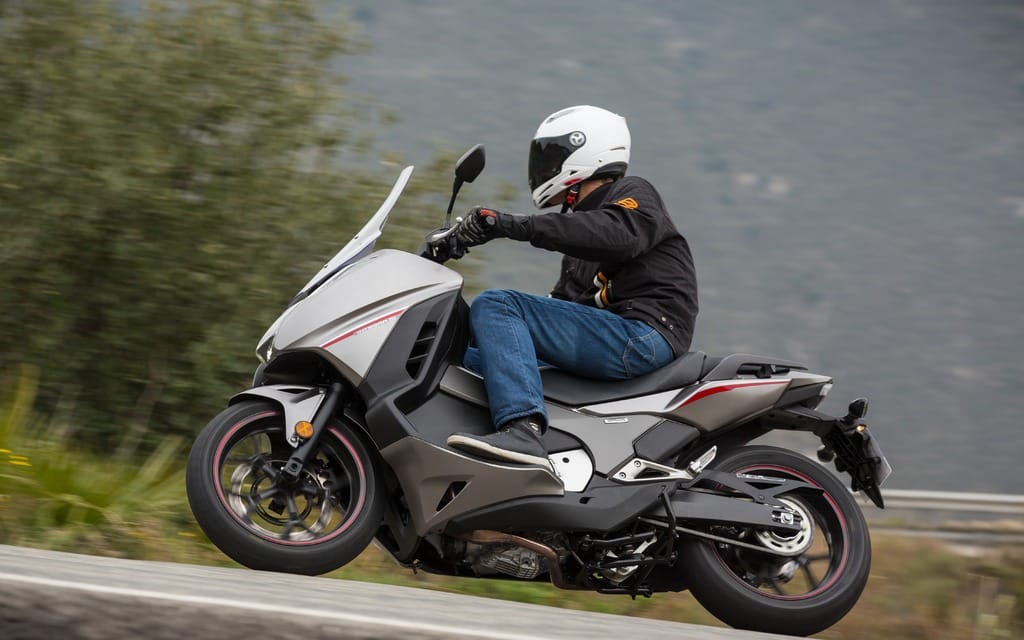 Integra: The scooter that thinks it’s a motorbike

Just as it’s easy to explain the NC750X’s popularity, given its undeniable practicality and fuel economy, so the reason for its Integra sibling’s lack of success seems equally clear. This, after all, is the scooter that has always had less rather than more storage capacity than the motorbikes whose engine and chassis it shares, while also being more expensive.

Those drawbacks remain with this latest version, which is updated in similar fashion to the NC750X (and also the NC750S roadster). The Integra is only available with DCT, and the system gains the new three-way-adjustable S mode. The scooter also gets the new Showa Dual Bending Valve forks and preload-adjustable rear shock, with reduced travel compared to the 750X.

The Integra gains Honda’s fancy new multi-coloured, programmable dashboard, as pioneered with its descendent the NM4 Vultus. And the scooter alone is upgraded with — wait for it — new stainless steel/rubber footrests set into its footboards, and with metallic paint incorporating new stripes on the fairing and wheels.

Performance, as you’d expect, is very similar to that of the 750X. At 238 kg the Integra is slightly heavier but it rumbled forward at roughly the same speed, and shifted in identical fashion with its DCT set in either manual or any of the four automatic settings. Unlike most scooters it also handled in similar fashion, staying very stable, and if anything seeming slightly tauter due to its reduced suspension travel.

Its riding position is pleasantly roomy, the dual-seat is large and reasonably low, the rider gets generous footboards, and there’s more weather protection than on the 750X. (Unlike the X-model, the Integra also comes with a centrestand.) But the slightly taller, non-adjustable screen still generated some turbulence, and the fairing didn’t protect my hands.

The lack of storage space, which still hasn’t been addressed, is bizarre, given that the 750X does give some useful room between the rider’s knees. The fairing contains a small glove pocket but the dual-seat hinges to reveal a storage compartment that can’t take even an open-face helmet.

Riders seeking the practical advantages of a scooter are unlikely to be impressed that the Integra’s final drive is by chain rather than belt, or that in most markets its price is more than 10 percent higher than that of the DCT-equipped NC750X. Given that its range and running costs will be almost identical, it’s difficult to make a case for this curious combination of scooter and motorbike.