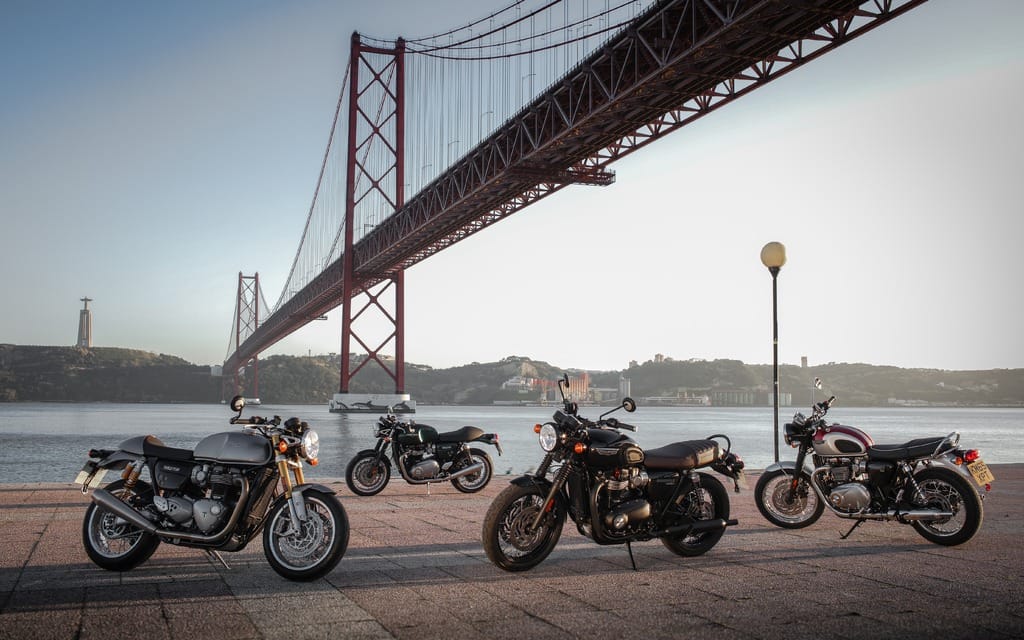 It has been a banner sales year for Triumph Motorcycles in the Canadian market, with Triumph dealers scoring another all-time record for retail sales in the month of August. Sales were up 80% over August 2015. This comes after already achieving all-time record sales numbers in Canada for the entire second quarter and for 2016 year-to-date.

Several newly introduced models have met with considerable critical acclaim, garnering industry accolades that include a number of “Best in Class” and “Motorcycle of the Year” honors. That, along with a renewed brand-focus among the dealer network, has resulted in big returns on the sales floor.

“As a premium motorcycle brand, we are looking far into the future,” said Canadian Triumph General Manager Chris Ellis. “With the rebirth of the Bonneville family of classic British twins, the future is now. This year’s sales success reflects a strong commitment by our retailer network striving to meet the expectations of distinctively cool motorcyclists.”

Triumph Motorcycles America says they expect another strong month in September, with shipments of early release model-year 2017 Bonneville Street Twins, one of their swiftest selling new models, due to arrive in dealer showrooms later this month.