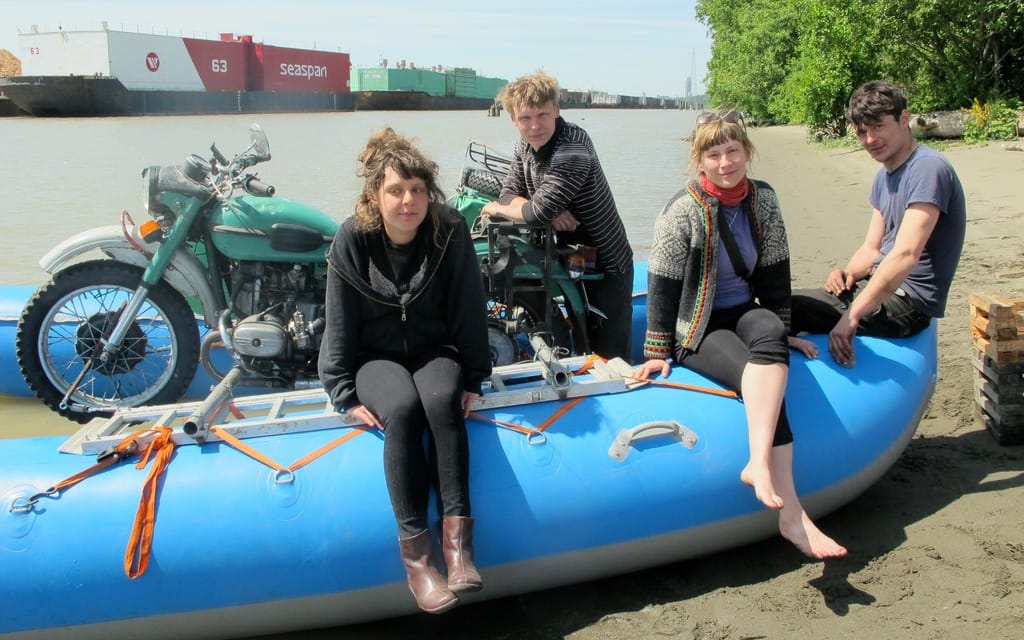 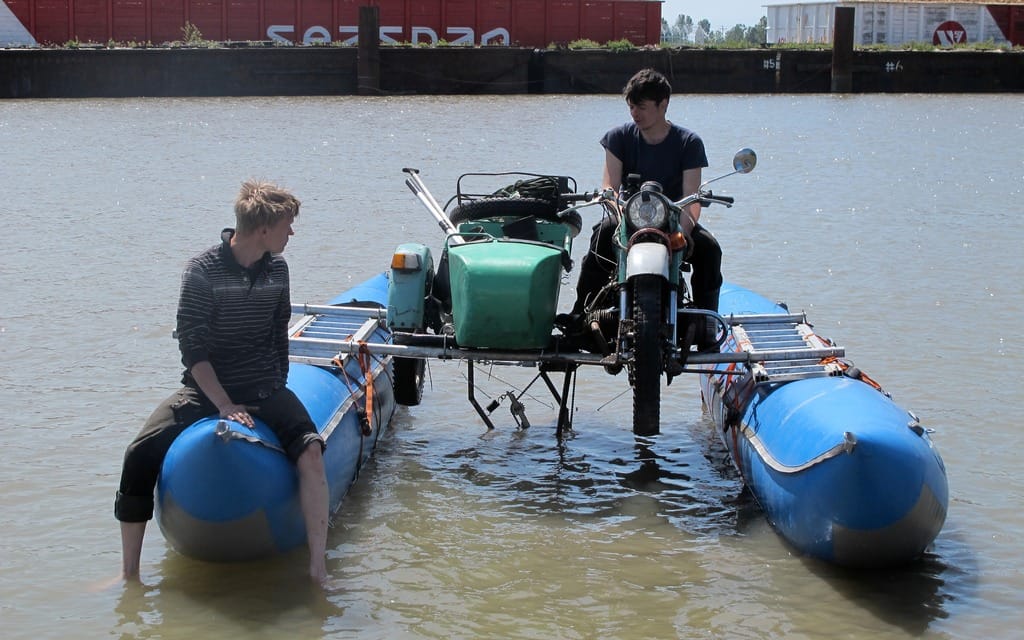 Smoke on the water

Protesting the notion that motorcycles don’t do well on liquid roads, a group of enthusiasts from Cyprus, Estonia, and Germany adapted a Russian Ural sidecar rig for river running and tested it in British Columbia in late April and early May. Efy Zeniou (Cyprus), Kaupo Holmberg (Estonia), Elisabeth Oertel (Germany) and Johannes Fötsch (Germany) tried out the prototype amphibious Russian Ural 650 cc motorcycle and sidecar on the Fraser River near Delta, B.C. (missing from photo, Anne Knödler, Germany) after spending the winter in Vancouver, where they used the time to rig up a chain assembly from the power train to a propeller that allows the motorcycles to guide pontoon crafts on water. The group membership changes from time to time but the greater journey started in Europe in September 2014 and travelled through Russia, Kazakhstan, Siberia, Mongolia, and the Russian Far East before coming to Canada. Next up, back to Siberia with their amphibious Urals for a 1,600 km journey down the Kolyma River. After that, the group is scheduled to resume riding on dry land in Alaska (five riders in four Urals, one sitting in a sidecar) in August and to continue through Canada and the United States. During the 25,000 kilometres travelled so far, the 1983 to 1992-built motorcycles have proven a great way to connect with locals, they say, and Ural parts are easy to find in Russia. Seeing the way Kaupo Holmberg relaxes with his bare feet in the Fraser, in late April, we have no doubt that they’ll complete the mission, though not necessarily with all fingers and toes intact. The group plans to raise project money through the crowdfunding site Patreon, and you can see more of them at www.leavinghomefunktion.com.